Tested by the Arctic

The most powerful non-nuclear icebreaker in the world, Viktor Chernomyrdin, is poised to begin operations

06.05.2022 // The world's largest and most powerful non-nuclear icebreaker, called Viktor Chernomyrdin, has been successfully tested in the icy seas of the Arctic. The giant vessel, the size of a nine-storey house, was able to break through 3-metre-thick ice ridges and proved capable of passing through 2-metre-thick ice fields.

In early May, the world's largest diesel-electric icebreaker, commissioned at a Russian shipyard in the 21st century, completed its field test in the Kara Sea. The test involved two stages. In the first stage, Viktor Chernomyrdin traversed the ice fields between the Kamennye Islands and mainland Russia. The second stage was a route around Belukha Island. And in all, the vessel travelled more than a thousand nautical miles through the Arctic ice, completing its test in full. Also known as Project 22600 (LK-25), the icebreaker has proven that it is capable of perfectly performing any manoeuvre that may be required on the Northern Sea Route.

Viktor Chernomyrdin was designed and built by Russian engineers and shipbuilders at the United Shipbuilding Corporation in St. Petersburg. It joined the Rosmorport fleet at the end of 2020. On 3 November, Russian President Vladimir Putin personally attended the inauguration ceremony of the vessel. 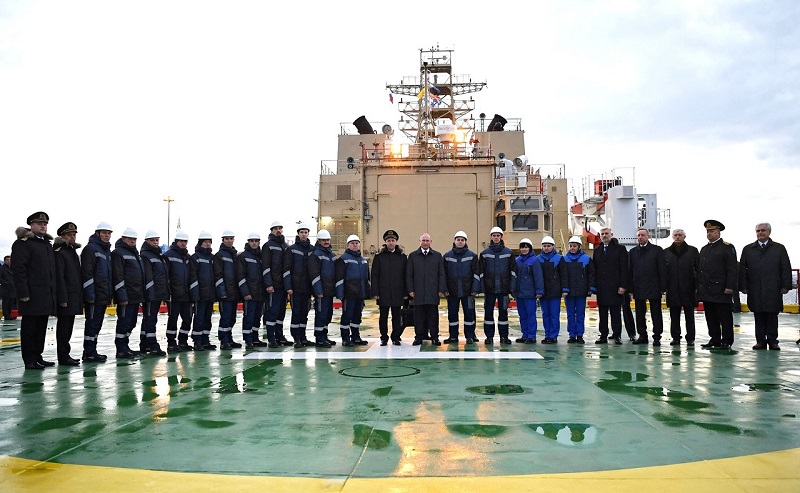 Viktor Chernomyrdin delivers 25MW of propulsion power on propeller thrust. The ship's ice class is Icebreaker8. The four Wartsila 16V32 main diesel engines have an output of 8,700 kW each and can run on both heavy oil and diesel. The icebreaker is capable of reaching 17.8 knots in clear water. The ship is much more modern, manoeuvrable and efficient than its counterparts. It has the highest automation class (AUT-1 ICS) and can be controlled by just one person on the bridge. Moreover, it is one of the few icebreakers in the world equipped with a DP Class 2 dynamic positioning system.

"The icebreaker is really unique. This is Rosmorport's flagship. It has the highest ice class and a wide range of applications. "It can be used at the sea, in river mouths. It can create fairways and plough through ice up to two metres thick", proudly said the ice-breaker's captain, Alexander Trukhanovich. 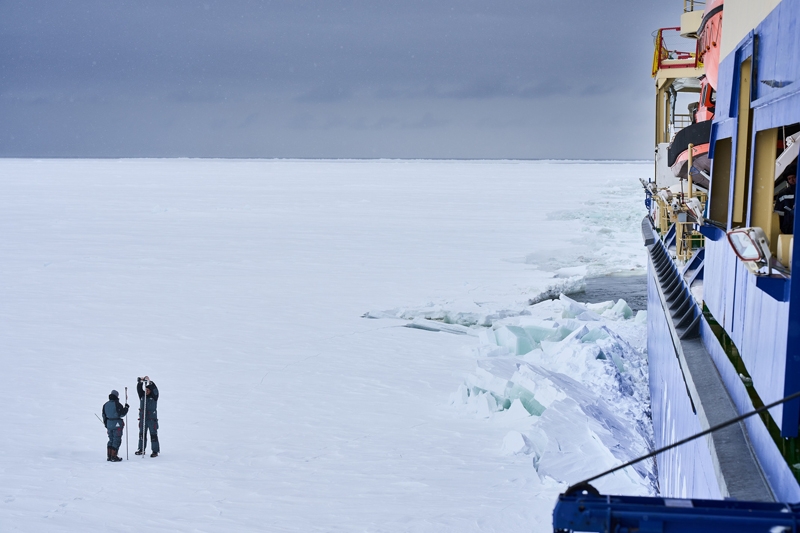 The captain describes the manoeuvrability of his vessel as "fantastic" - with a length of 142 metres and a width of 29 metres, she is capable of doing a 360° turn in place. This makes the icebreaker indispensable for shipping and transportation along the Northern Sea Route. Its main job is to lead ship convoys, but Viktor Chernomyrdin can also carry out salvage and rescue operations, underwater operations and, if necessary, extinguish fires and clean up oil spills.

To keep the crew comfortable on tough assignments, the vessel has everything needed for both work and recreation: separate quarters for each member of the 38-man crew, a sauna, a gym and even a swimming pool. Viktor Chernomyrdin can also accommodate up to 90 passengers and offer the same level of comfort.