Tropical furniture from the Arctic

7.12.2021 // Pletenev, a company from Arkhangelsk that produces furniture from eco rattan, has in a short time launched its products both on the domestic and international markets. The status of a resident of the Arctic Zone of the Russian Federation will help the enterprise to scale up production.

'It was just two of us when we started the business'

Rattan is a special type of a climbing plant that grows in South East Asia, mostly in Indonesia and the Philippines. A bit far from Arkhangelsk, isn't it? Still, 5 years ago to the day, two friends from Arkhangelsk, Valentin Kalachnikov and Dmitry Zaitsev, decided to manufacture rattan furniture.

Actually, it was the so-called polyrattan (or eco rattan), not the natural rattan. 'Polyrattan is an artificial substitute for natural rattan. It is made from processed polyethylene. This material is very stable and durable. Polyrattan furniture will last at least ten years. Unlike natural rattan, polyrattan is resistant to temperature drops and humidity, does not decay and is not subject to mould formation,' Dmitry Zaitsev says.

Valentin and Dmitry launched their first production in a garage. It was just the two of them, the only employees of the small company. The entrepreneurs bought polyrattan and used it to hand-craft furniture. 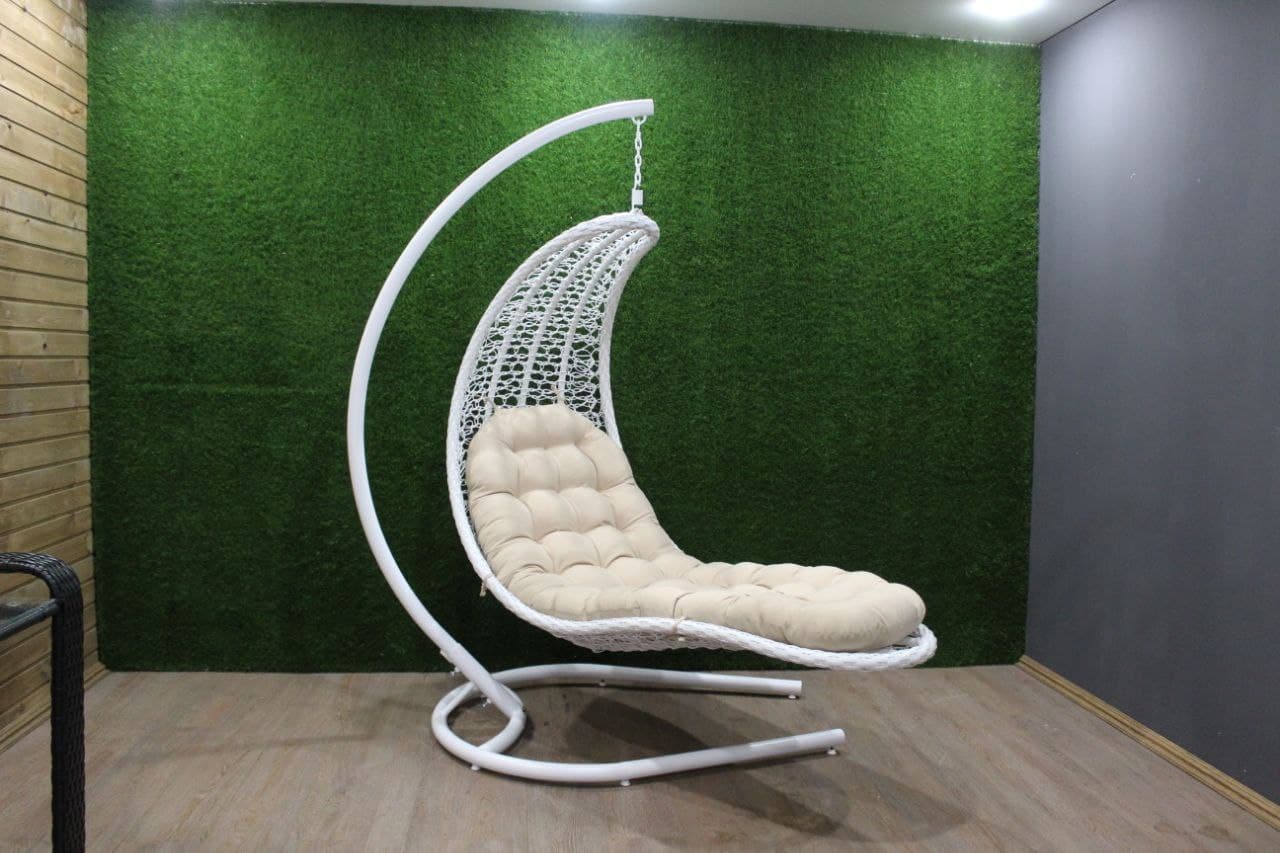 'When the pandemic started, many people "went remote" and on a mass scale began to improve their homes. We were literally swamped with new orders. As a matter of fact, rattan furniture is normally used for summer houses and country cottages. But recently, people have increasingly been buying it for their city apartments. You know, at some point we felt an urgent need to expand,' says Dmitry Zaitsev.

Pletenev company was officially registered in February 2021 and in June, it was granted the status of a resident of the Arctic Zone of the Russian Federation. Valentin Kalachnikov became the CEO and Dmitry Zaitsev — Development Director.

'This is only the beginning'

ВA few months ago, the company moved to a large hangar (it's a ranted facility but Pletenev has plans to buy its own building). The company has now a staff of several dozen employees.

'All of them have an official employment status, receiving an official paycheck (not paid under the table). Therefore, we as residents of the Arctic Zone especially appreciate insurance premium benefits as a government support effort,' Dmitry Zaitsev points out.

About RUB 2 mn have been invested in the project, which was primarily used to buy equipment for manufacturing eco rattan.

'We used to buy polyrattan. Now we are producing it ourselves,' Dmitry says. 'Granulated polyethene is loaded into a special machine and out come long threads. These are cooled down and subsequently used to make woven furniture. They are ductile (all furniture is hand-crafted by our employees) but very durable. The furniture has a metal framing. For each item, we use a special weaving technique: just one extra strong thread that won't over time become loose, break, stretch or leave loose ends. The furniture is then coated with special paint. We also make fake down fillers for cushions(suitable for armchairs, for example). We are planning to open a welding plant too.' 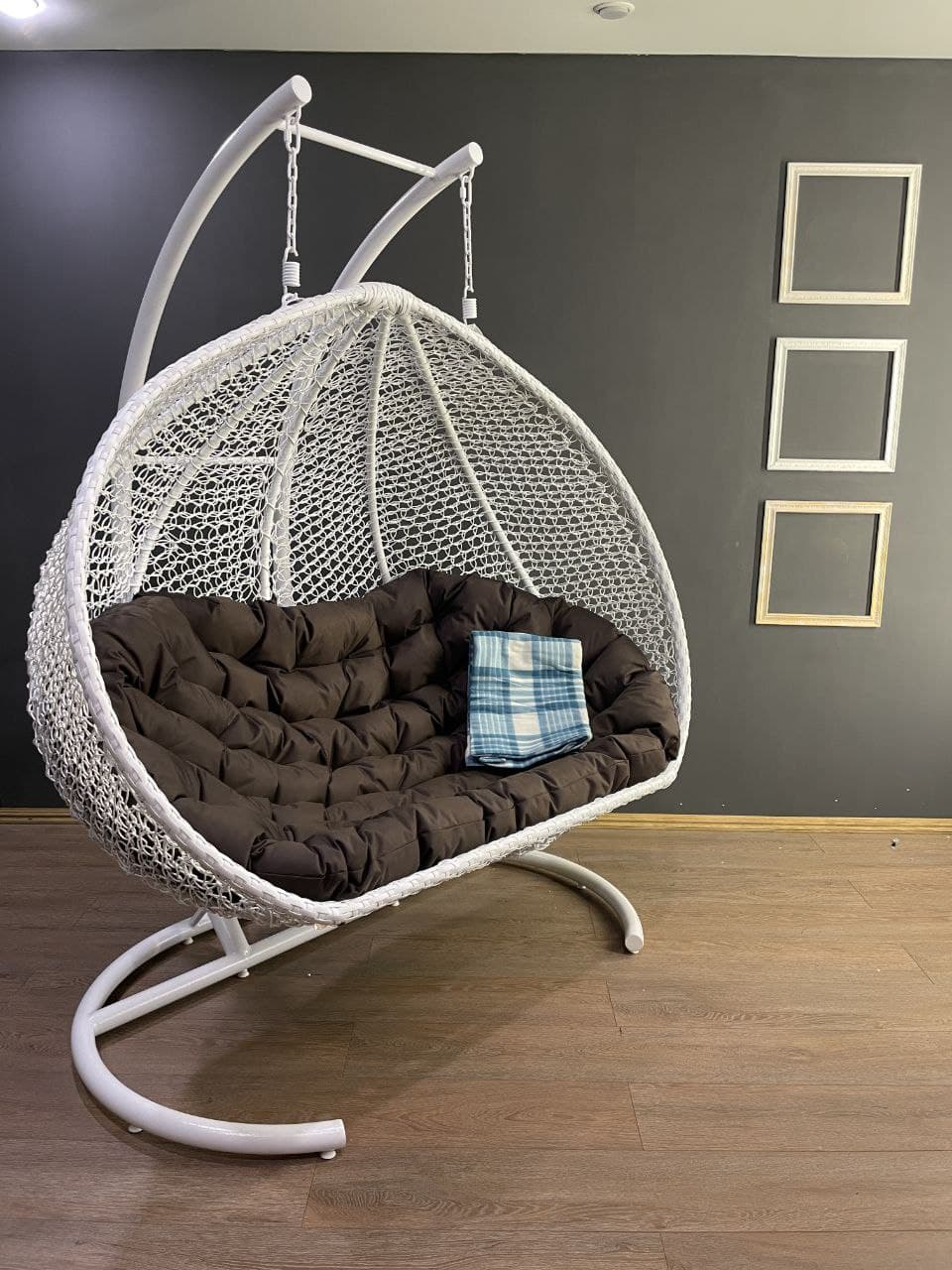 'We do have some ready-made furniture kept in storage but most of the items are made to order. The lead time is from 2 to 10 days,' Dmitry Zaitsev tells the correspondent. 'This summer, we received a record number of orders, manufacturing 400 items within one month. To be honest, we've even had to forgo some orders. After we launch full-scale production, we'll be producing about 5 thousand items a year, roughly half of which will be exported.'

The Pletenev furniture brand is already targeting new markets. The eco rattan furniture from Arkhangelsk is available in Moscow, has been exported to other Russian regions and more recently to several European countries. The company is confident: this is only the beginning.