16.09.21 // The Arkhangelsk Dairy Plant is the oldest in the region and one of the main city-forming enterprises. The people of Arkhangelsk have long known and loved the products from the factory — milk and cream, butter and sour cream, fermented milk products, yoghurt, cottage cheese and other cheeses. However, the project that Moloko JSC is running as a resident of the Russian Arctic Zone does not involve dairy products, but represents an entirely separate line of business: the company intends to launch the sale of natural drinking water in Arkhangelsk through vending machines, vodomats.

Milk with history and water from a volcano

In July 2021, the Arkhangelsk Dairy Plant celebrated its 85th anniversary. Founded in 1936, during World War II, the plant supplied milk, sour cream and cottage cheese to military hospitals, a naval border guard detachment, a hydro aviation unit and infantry battalions. The company experienced rapid growth in the post-war decades: in 1962 it became an integrated dairy plant after merging its milk processing plant and the Arkhangelsk butter and cheese factory. And in the post-Soviet years, the first agricultural holding in the Arkhangelsk Region, Belozorie, was established on the basis of Moloko JSC, which, apart from the dairy, now includes livestock farms, a logistics company and its own trading house. In total, the agricultural holding company employs more than 750 people, including 250 working at Moloko. 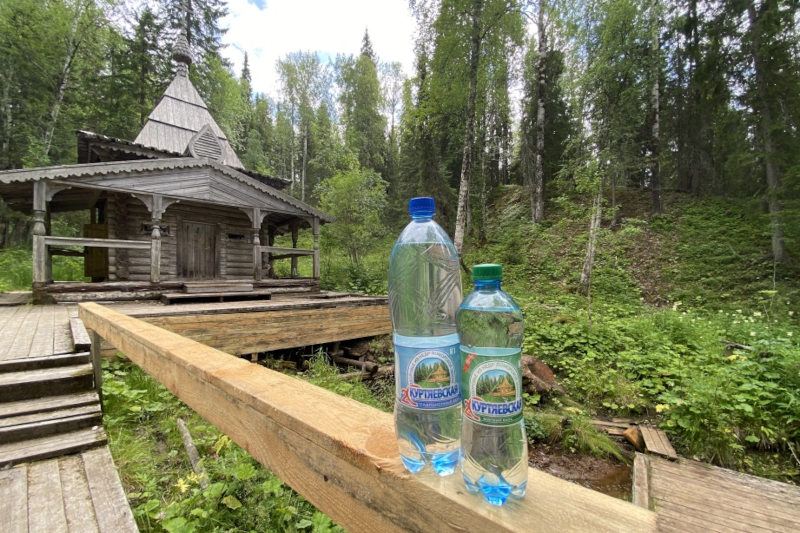 Photos from the site belozorie.ru

Since 1995, Moloko has been involved in another business — developing a site in the Kurtiaevo tract in the Primorsky district of the Arkhangelsk Region, 15 km from the White Sea. There are 80 springs of slightly mineralised water in the tract. According to the Russian Scientific Centre for Medicine and Balneology, the sulphate-hydrocarbonate-chloride sodium water from the Kurtiaevo springs can be used to treat internal organs, especially the gastrointestinal tract, and simply for drinking, as its mineralisation is low — between 2 and 4 g/dm3. The Kurtiaevo springs are directly connected to a formerly active volcano, preserving the purity of the water's trace elements that formed in the volcano's body 300 million years ago.

For more than 20 years, Belozorie Agroholding has been producing and selling Kurtiaevo mineral water and Knezhitsa drinking water, pure and delicious by nature. Knezhitsa is produced in small packages and delivered in 18.9 litre PET containers to offices, schools, hospitals, sports organisations and the homes of Arkhangelsk residents. Kurtiaevo and Knezhitsa waters are certified according to international quality standards and have often won awards at professional exhibitions and competitions.

"We have been producing and bottling Knezhitsa drinking water and Kurtiaevo mineral water for a while. And in spring 2021, this production was relocated to the company's central site next to Moloko JSC; a separate facility was completely rebuilt for this purpose. In addition to the existing equipment, there is also new equipment designed to expand the product range and present it in a variety of customer-friendly packaging. All of our production processes are now fully automated," says Vladimir Mikhailov, General Director of Belozorie Agroholding. "As for our project as an AZRF resident, in addition to selling water in PET packaging, we plan to launch a network of vending machines in Arkhangelsk to sell drinking water — vodomats. Providing our compatriots with clean water is more important than ever, as there are huge problems with drinking water in the Arkhangelsk Region."

Unfortunately, this is indeed the case. In February 2021, the Russian Accounts Chamber reported that Arkhangelsk Region was among the Russian regions with the worst water quality. And according to statistics from the regional department of Rospotrebnadzor, in 2019, 95.7% of centralised water supply sources in the region did not meet sanitary and epidemiological requirements.

The solution could be to sell Knezhitsa artesian water on a large scale through vodomats.

"We have our own wells in environmentally friendly parts of the Region — for example, Knezhitsa is produced from a well in Kholmogorsky District, 80 km from Arkhangelsk," says Vladimir Mikhailov.

Natural water undergoes minimal treatment during production: it is disinfected with ultraviolet light and ozonised. Since many customers use Knezhitsa not only for drinking but also for cooking, the company softens the water to remove the salts that form scale. Otherwise, Knezhitsa retains its natural qualities. 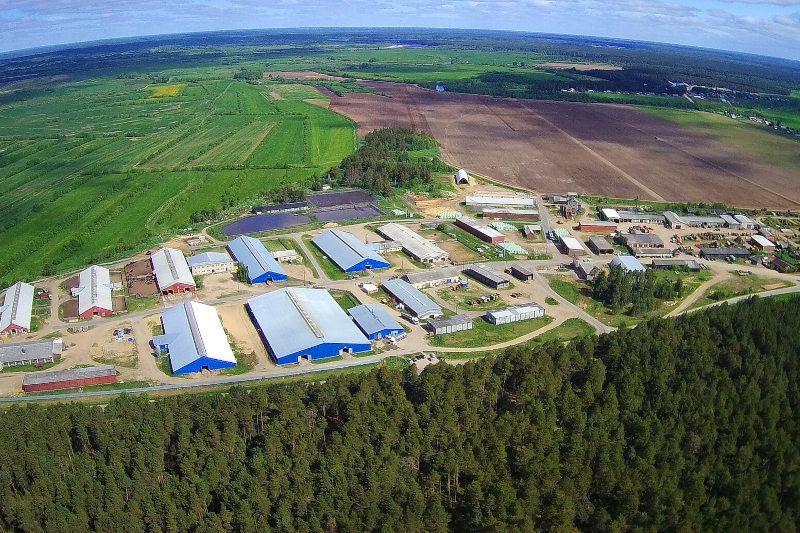 Photos from the site belozorie.ru

So, very soon, Arkhangelsk residents will have the opportunity to drink not only clean but also healthy water anywhere they want. According to Vladimir Mikhailov, the project will be fully operational as early as the first quarter of next year, 2022.

The investment in the project amounts to RUB 12.5 million. The funds will be used to purchase equipment for water purification, blow-molded PET packaging, labelling and organising water sales. The project involves the creation of 10 new jobs. It will generate an additional RUB 25 million in tax revenue for the state budget.

In addition, Moloko JSC is now working on a project to recycle plastic and Tetra Pak packaging.

"We choose sustainable development for our agricultural holding and want to reduce pollution not only in the Arkhangelsk Region but also in the Arctic Region as a whole," says Vladimir Mikhailov.