Who built a medieval city in the middle of the tundra

The Nenets Autonomous Okrug sits on the very edge of an endless tundra. For the best way to explore the area, just hop on a snowmobile or catch a ride on a reindeer sled. You'll have plenty of time for it too; winter in the Nenets Okrug is a six-month affair filled with boundless seas of sparkling snow and biting frost. During the day, the sun reflects the snowflakes in twinkling rainbows, while fantastic flashes of northern lights colour the night sky. All in all, a trip to the Nenets Autonomous Okrug is the journey of a lifetime.

One of the most popular tourist routes in the region travels along the Belaya River, a tributary of the Indiga. The river itself is considered a major landmark of the Nenets Okrug, as there are very few rivers left in the world with such crystal clear water. Fish can be spotted in the water even from atop the highest rocks on the riverbank, though you'll quickly lose count of all the bull trout, char, and greyling that pass you by. And when it's time for a salmon run, the water in the river looks like its boiling. Fishing in Belaya is no lottery, though. Every time you cast the rod, you know a huge fish will be on the other end.

The Belaya flows across the Malozemelskaya tundra, which, almost 400 million years ago, was covered by the waters of the Devonian sea. Over the years, the river cut through the sedimentary rocks to form a deep canyon with walls reaching 90 metres high. These slopes are a gold mine for palaeontologists, who have explored the canyon and uncovered everything from the shells of ancient fish to trilobites and coral. The most interesting finds are now exhibited in the Nenets Museum of Local History.

Further downstream, the white waters of Belaya are met in opposition with solid basalt rock, carving out yet another miracle of nature – the Big Gates canyon.

Many visitors to Big Gates are often reminded of the famous Grand Canyon on the Colorado River. The resemblance cannot be denied. Belaya has the same sharp turn that gives off the appearance of a noose against the cliff face. For the next 3 kilometres, the narrow and powerful flow takes a few more turns, sculpting a series of scenic canyons in the cliffs. The ancient basalt walls of the canyon reflect the light with twinkling agate, rock crystal, amethyst, and quartz. The Belaya riverbed is also carpeted with sparkling gems. One would hardly believe that this magnificent creation was the work of nature and not a masterpiece from one of the finest jewellers in the world. 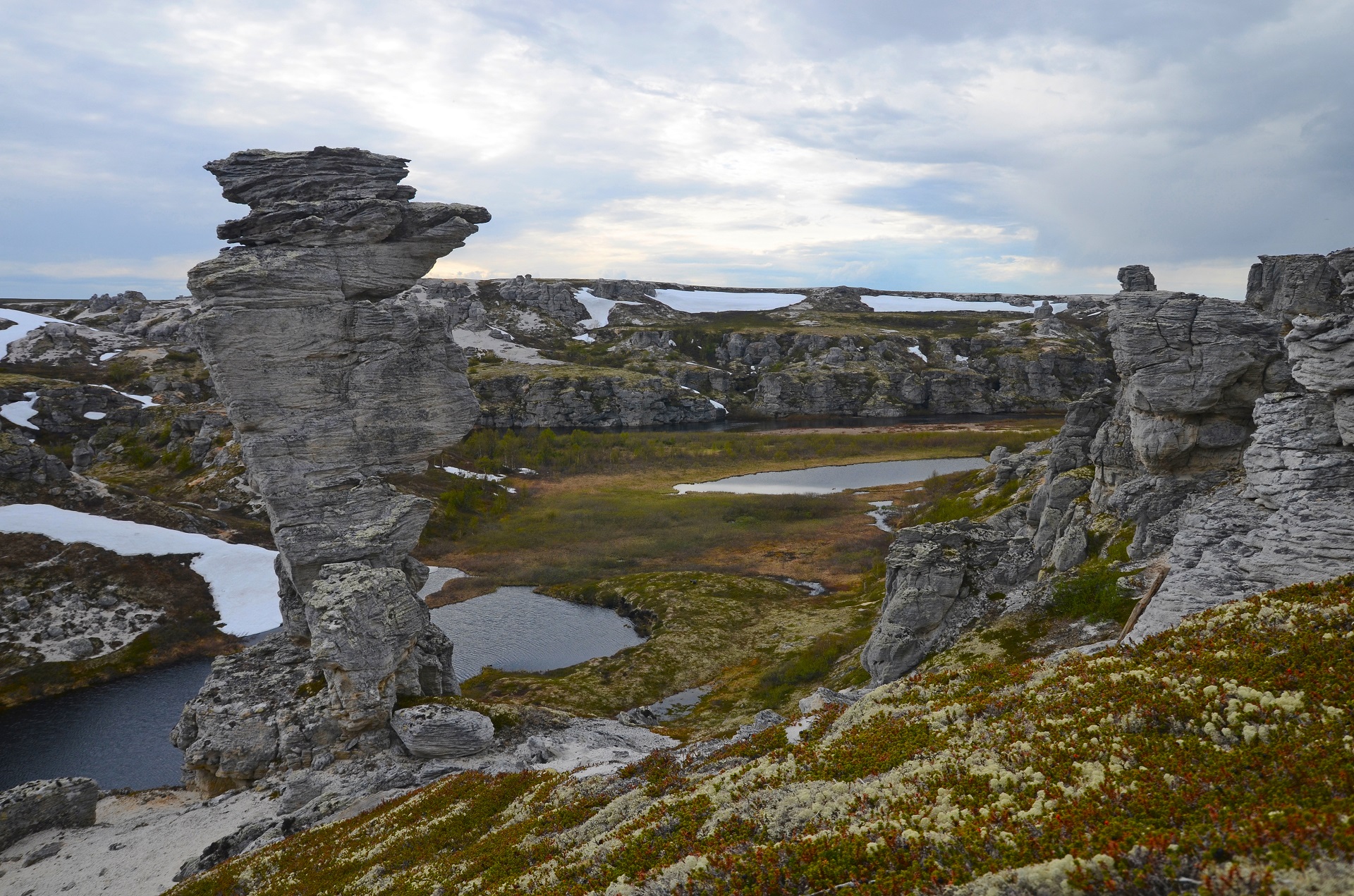 Nature generously scattered its riches along the shores of the Barents Sea as well. Amongst these gifts is the protected Russky Zavorot peninsula, home of the Nenetsky State Nature Reserve. The reserve was established to protect Europe's only lowland sub-Arctic and Arctic tundras. There is not a single factory in the vicinity. Even people rarely make an appearance amidst the wild landscape. As a result, rare plants and animals on the peninsula are free from the ever-boding threat of extinction, living as they used to before the dawn of man.

Polar bears are the true masters of the High Arctic tundra. Atlantic walruses lounge on the shores, while belugas and Arctic whales often stop by to build up fat. If you are lucky, you might even spot a narwhal, a northern bottlenose whale, or a finback. Vaygach island could well be called a kingdom of birds. It is located to the east, near the Kara Sea. The island has some of the most densely populated bird colonies in the western part of the Russian Arctic.

Rivers cascade down the rocky banks of Vaygach, carving out deep canyons and beautiful waterfalls. Yet, the birds gather here in such masses that the crashing water can hardly be heard over their high screeches. 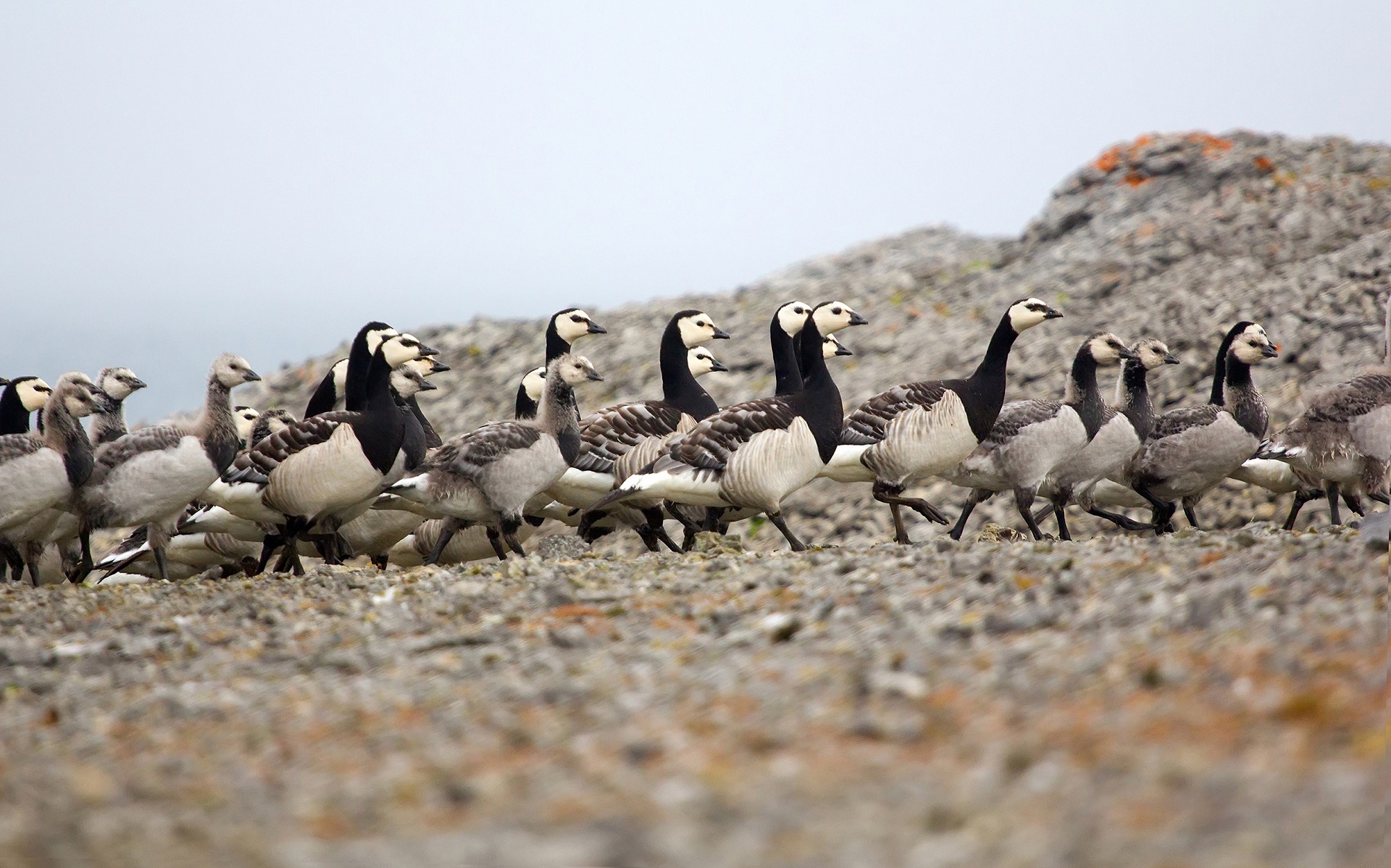 Vaygach is also home to some of the largest walrus rookeries in the Barents Sea. Whales play cheerfully in the coastal waters. Eagle-eyed visitors may even spot harbour porpoises, northern bottlenose whales, hump-backed whales, blue whales, finbacks, and sei whales.

Read more Chukotka: Fjords, Secrets, and Polar Bears Who built the Chukotka 'Stonehenge', and how many patients visit the world's biggest 'birth centre' for polar bears?