Who built the Chukotka 'Stonehenge', and how many patients visit the world's biggest 'birth centre' for polar bears?

The harsh Chukotka winter stretches over 10 months out of every year, with unpredictable weather that seems to change its mind several times a day. Arctic blizzards can literally sweep a man off his feet. There is not a single city on the entire peninsula, and roads are a rare sight. Polar bears can often be seen strolling through the few towns that do exist on the arctic peninsula, which is home to 6,000 bears and only 50,000 people. Chukotka is the only region in Russia that still does not have fibre optics. In Anadyr, the capital of Chukotka, it is easier to catch a glimpse of the northern lights than it is to switch on the internet.

The best place to admire the majestic nature of the Arctic is in Providence Bay, which has been named the most scenic location across the entire coast of Chukotka. The name encompasses a number of smaller bays framed by stunning coastal cliffs. The nearby deep fjords and breathtaking lagoons only emphasise their uniquely severe beauty. 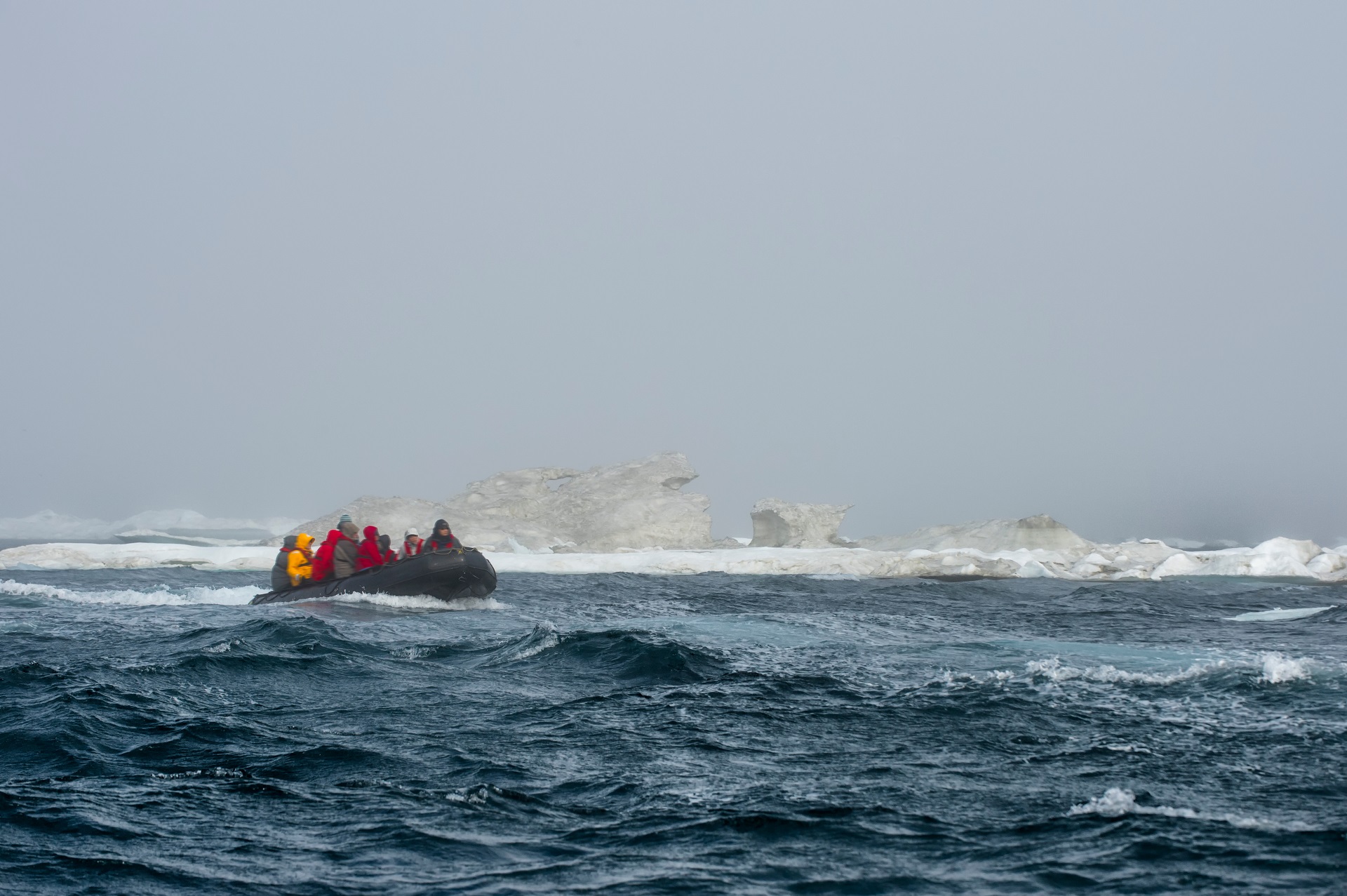 The bay was named by British captain Thomas Moore in 1848. His ship, the HMS Plover, left Plymouth to find the lost Franklin expedition. However, Moore's crew ran into trouble amidst the roaring waves of the Bering Sea. As the crew struggled against the harsh waters, a sailor suddenly caught sight of a quiet bay protected from the wind and waves by steep shores.

It was as if the bay had been sent to them by providence. Moore's expedition peacefully spent the winter along these hospitable shores, and Providence Bay has provided shelter to countless whalers and merchants ever since. It has been used as a meeting spot and a place to shelter over winter or repair a broken ship.

The desert island of Yttygran, located off the southeastern coast of the Chukotka Peninsula, owes its fame to the great sea leviathans on its shores. Or, rather, not to the whales themselves, but to the mysterious temple constructed out of their giant bones. This insignificant island gained world renown in 1977, when travellers on the coast discovered a mysterious structure that looked like something from the set of a sci-fi film.

Ancient whalers managed to erect a long row of colossal whale skulls, each weighing between 200 to 300 kilograms. Then, another row of massive whale jaws was installed alongside the skulls. Explorers called it the Whale Bone Alley. The structure is over 500 metres long and includes the remains of 50 to 60 adult whales. 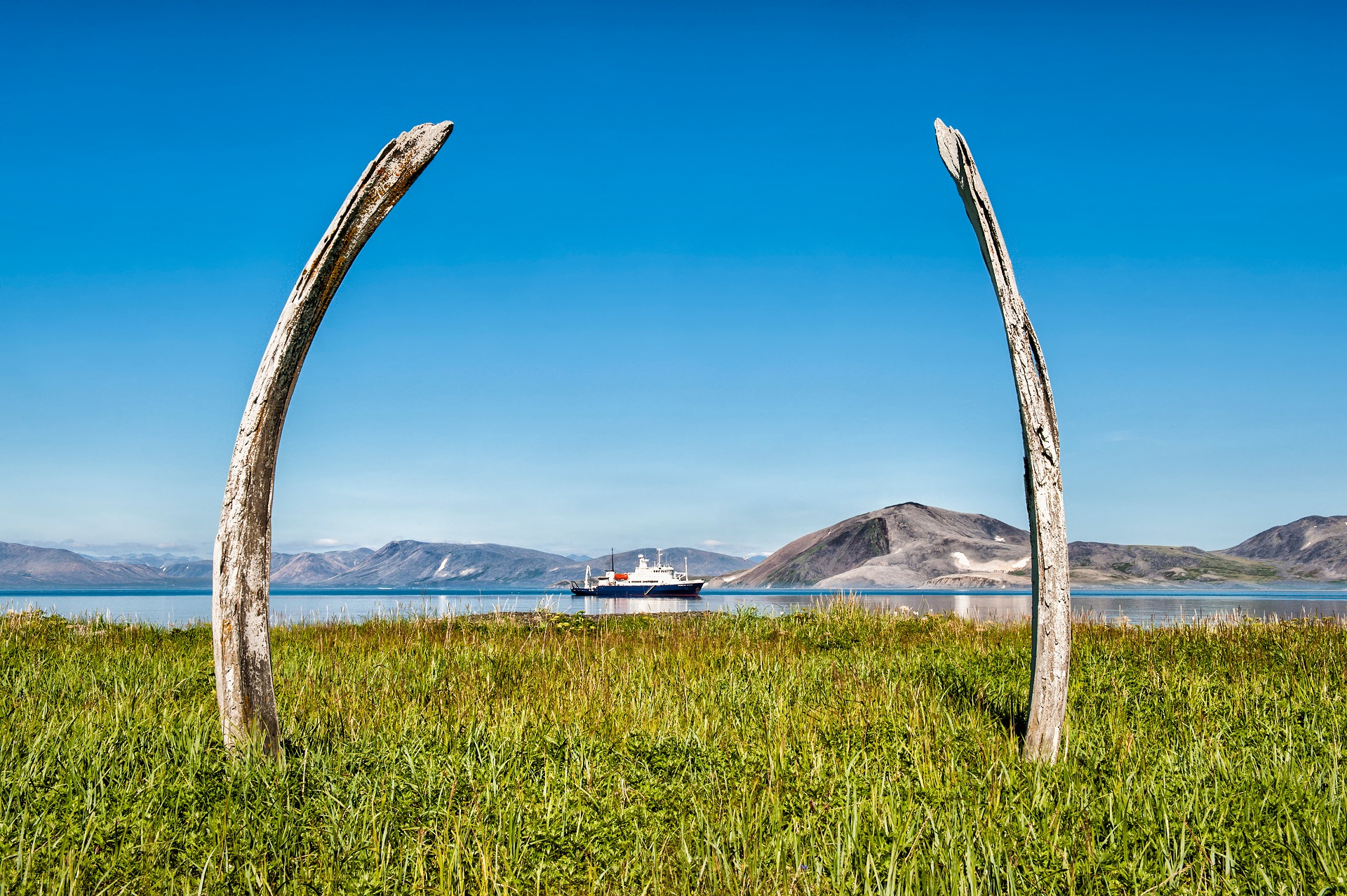 No one knows exactly which gods the Arctic whalers prayed to or what sacrifices they made, so Whale Bone Alley remains one of the most mysterious landmarks in Chukotka and, perhaps, the entire Russian Far East. Some even call it the Stonehenge of Chukotka.

Wrangel Island is a colossal zoo of Arctic animals. This patch of land in the Arctic Ocean is often called the 'island of blizzards'. The strong winds that batter the island throughout the year can reach up to 40 km/h. Thermometers on the island hover around -50°C for long periods of winter.

The climate may be harsh and unforgiving for humans, but polar bears feel right at home amidst the wind and snow. They have taken over every inch of the island, resulting in Wrangel's unofficial title as the 'birthing home' for polar bears. 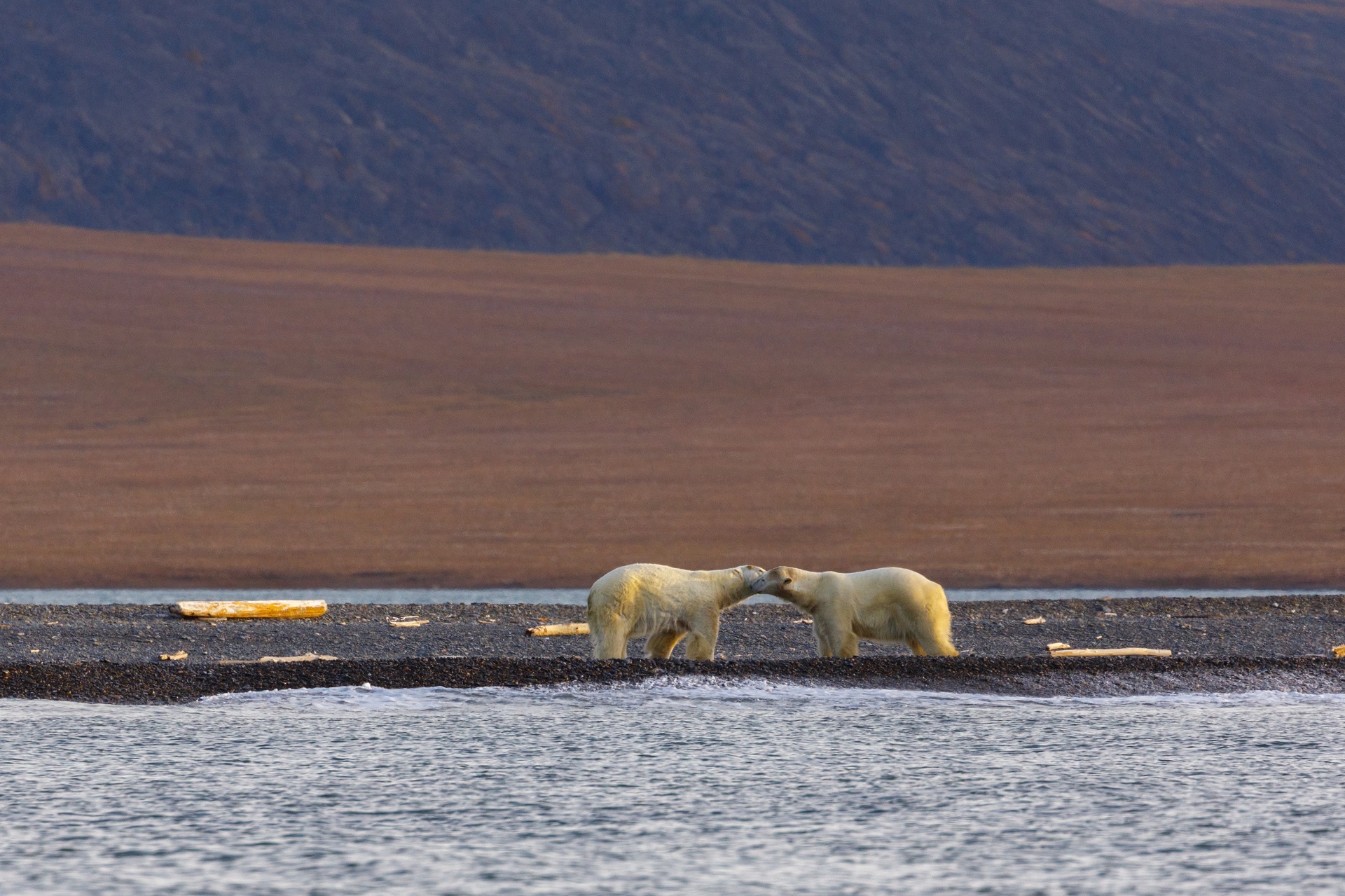 Hundreds of mother bears retreat to the coastal cliffs to give birth to their cubs. Every year, about 500 polar bear 'birthing wards' are created on both Wrangel Island and the smaller Herald Island neighbouring it. For every square kilometre of land on the island, there are roughly 4 to 5 polar bear dens – the densest concentration in the world. The cape also attracts ringed and bearded seals, as well as Pacific walruses, meaning that there is more than enough food to go around for all of the mother bears and their babies.

Up to 80,000 of these sea giants gather in the enormous rookeries every year. They may be loud, but their roars are largely muffled by the deafening screeches of the island's bird colonies. There are more than 50 species of sea birds that flock to the island to lay their eggs in the nooks and crannies of the cliff faces. Wrangel Island is the largest nesting site in the Eastern Arctic, with a total of over 170 bird species calling the island their home.

Read more Unique fauna of the Arctic Surviving the impossible