Unique fauna of the Arctic

The Arctic is one of the few pristine areas that remain on earth, and contrary to expectations it is full of life. Arctic animals break all records at surviving under extreme conditions. When the temperature does not go above 0°C even in high summer, when cold winds are blowing all year round and the sun does not rise above the horizon for almost half a year, the main goal of local inhabitants is to retain body heat in any way possible and not to get cold. One of the best ways to do that is to accumulate a thick layer of blubber—something seals are particularly good at. Birds rely on their feathers, and land mammals—on thick fur.

The most famous permanent resident of the Arctic is the polar bear—one of the largest land predators on the planet and the largest member of its family. Male polar bears can grow up to three metres in length and weigh a ton. Polar bears have adapted to the Arctic conditions so well that you cannot find them anywhere else.

White colour makes these predators invisible in the icy desert.

A thick layer of blubber saves them from cold weather. Thick fur repels water and is perfect for retaining heat: even infrared cameras cannot detect the beast. Their paws are "lined" with fur to keep them from cold and prevent slipping on ice. In search of prey, bears can swim dozens of kilometres, and their excellent sense of smell helps detect their favourite delicacy—ringed seals—hundreds of metres away. Their incredible endurance, dexterity and strength make these animals the true kings of the Arctic. 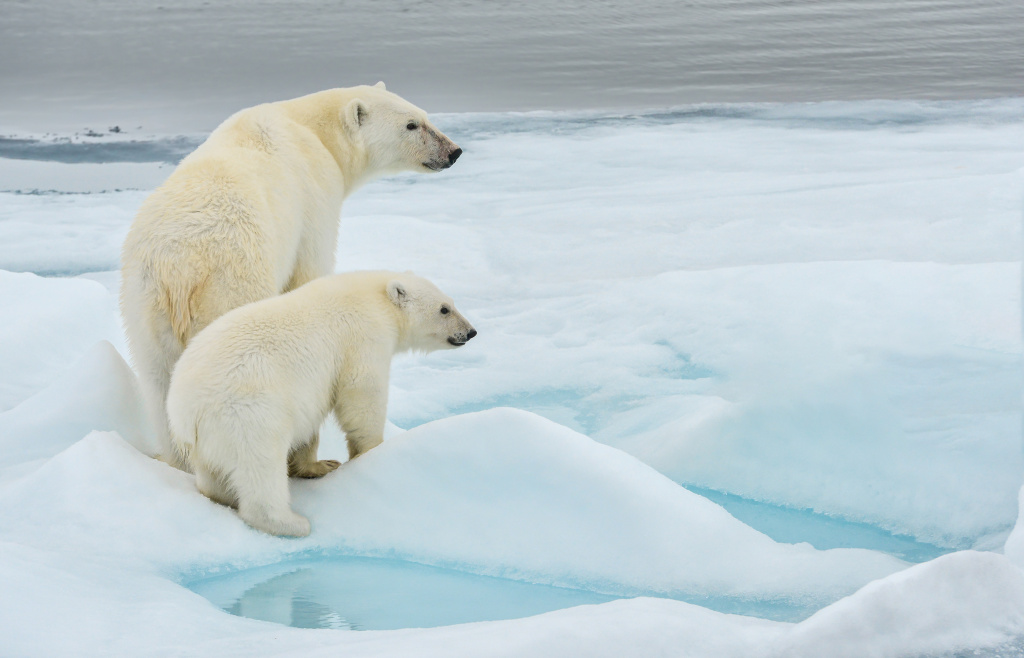 But even polar bears prefer to stay away from the most ferocious Arctic predator: the wolverine. Wolverines are omnivorous and so fearless that they can even attack a human. These gluttonous animals that look similar to badgers can kill a prey 5 times their size. The list of their victims includes Arctic foxes, ermines, foxes, polar wolves and rodents found in the Arctic. Wolverines are so dangerous they are nicknamed "north demons". 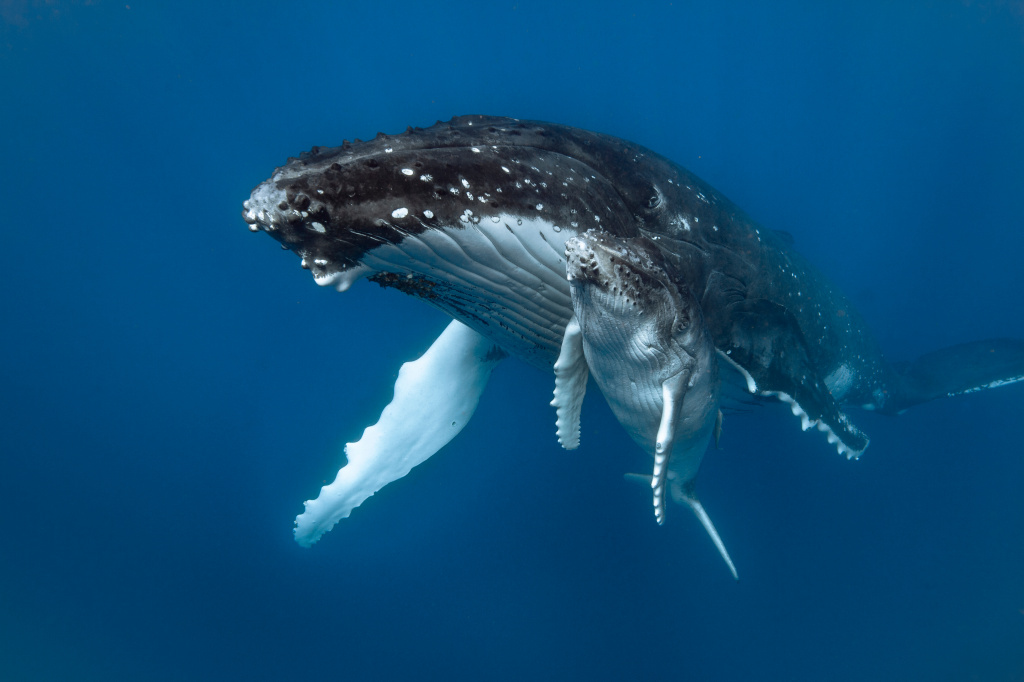 Deer helped people explore the North and learned to live next to humans. But Russia alone has about a million wild, not domesticated deer. In search of food, massive herds travel up to 5 thousand km per year. Their flat and wide hooves pointed at the edges make these animals similar to amphibious all-terrain vehicles: they can get through the snow, ice and swamps, cross rivers and sea straits. Reindeer migration is one of the most breathtaking things to look at.

The largest inhabitants of the Arctic Ocean are huge whales. Blue, grey, humpback and North Pacific right whales, fin whales, narwhals and sperm whales come to northern waters to gain fat. And the bowhead whale is the only species that spends its entire life in the cold polar waters.

This huge mammal is the second largest mammal in the world by body weight (up to one hundred tons), second only to the blue whale. The life expectancy of the bowhead whale can reach 200 years. It's possible that there is still a giant born at the times of Napoleon swimming in the Arctic waters.

Whether or not visitors of the Arctic get to see the whales is a matter of luck. But a meeting with seals and walruses is guaranteed.

It's easy to tell an adult walrus by its thick vibrissae and huge tusks that can be a metre long. A thick layer of blubber (up to 15 cm) saves these huge animals from the cold, but it almost brought them to extinction. Today, walrus hunting is prohibited; the only exception are indigenous peoples whose survival depends on it. The Chukchi living in Kamchatka, for instance, have found a way to use almost every part of a walrus, and the meat and fat of these animals are essential for their cuisine.

Several species of seals living in the Arctic seas are inferior to walruses in size, but not in fatness: their blubber can also reach dozens of centimetres. It helps retain heat so well that seals can lie in the snow for hours and it will not melt at all. In pursuit of prey, their body shape allows seals to reach the speed of up to 25 km/h and dive as deep as 600 m. It's hard to find more skilful swimmers!

The number of birds in the Arctic is much higher than one would expect. Seventy percent of the global population of geese lives north of the Arctic Circle. And almost half of the world's coastal bird species form huge colonies on the Arctic coast. 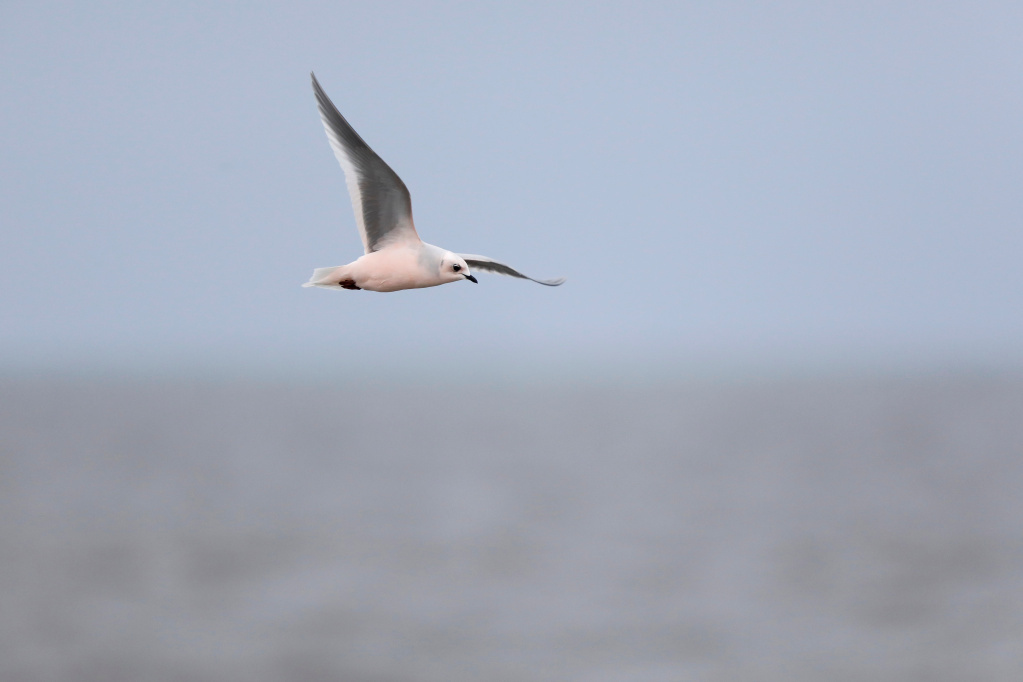 Read more
Yakutia Yakutia: A Journey into the Cold
Komi Komi: The Seventh Wonder of Russia in the Middle of the Ancient Taiga
Chukotka Chukotka: Fjords, Secrets, and Polar Bears