A Perfect Spot for Sea Fishing

19.11.2021 // Kola Fishing company has been granted resident status in the Arctic Zone of Russia with its project to create a resort compound for fishermen. The tourist complex will be located at the estuary where the Tipanovka River meets the Barents Sea. Dmitry Kuznetsov, Director of Kola Fishing, spoke to Arctic Russia about the demand for sea fishing.

The new resort will be built at the mouth of the Tipanovka River, near the village of Teriberka. This is where the river meets the Barents Sea, making it an ideal spot for sea fishing. 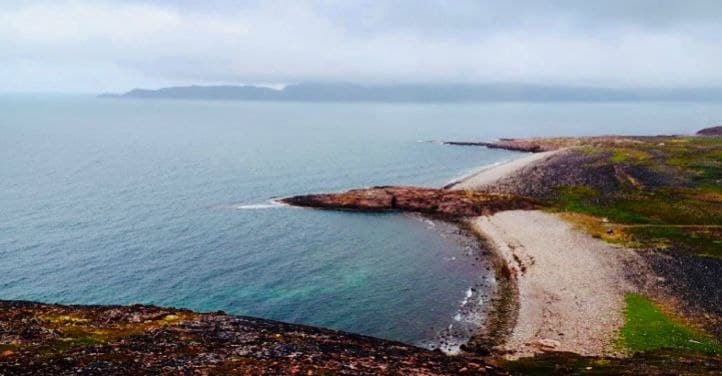 'As a result of the quarantine restrictions, many Russian fans of this activity are facing difficulties and don't know where they can fish in safety and comfort without leaving the country. The fact of the matter is that we have excellent river fishing infrastructure, but virtually no specialised locations where you can officially catch saltwater fish,' Dmitry Kuznetsov, Director of Kola Fishing, told Arctic Russia.

According to him, the investment project will involve the construction of a group of cottages with utilities that will be able to host guests in any season, regardless of weather conditions. The premises will also have several buildings to accommodate the staff. The compound will be able to accommodate 30–35 people at a time.

'The future guesthouse will have a unique location with beautiful natural landscapes and clean ocean air. We'll try to seamlessly blend the buildings into their surroundings to avoid disturbing the area's ecosystem,' emphasised the head of the company.

His plan is to organise fishing not only on the shoreline but also out at sea. To this end, the entrepreneurs have already acquired special equipment — namely, a steamer that will take tourists to the best fishing spots of the Barents Sea.

'We've found a suitable transport in Vladivostok and it will be delivered to us soon. If it suits our needs, we'll purchase a second one. The sea has plenty of wild and Atlantic salmon, as well as an occasional crab, so there will be enough room for amateur fishermen to not get in each other's way,' Kuznetsov joked.

At the same time, the organisers intend to take steps to preserve the wild fish population. In particular, they plan to carry out activities to restore the Tipanovka River, which is home to a number of salmonid species. They also expect some tourists to fish just for sport and then release their catch back into the water.

'I've been engaged in the conservation of the region's fish populations for over a decade. It's safe to say that most tourists come here for sport,' the portal's interviewee explained.

Ecotourism in the Arctic

The project's management estimates that the facility will be brought into operation within the next 3–5 years. The hotel is currently at the approval and design stage, which involves registering the land in the national cadastre and acquiring land use documents.

'The project is estimated to cost about RUB 150 mn. The payback period for the resort is about 15 years. We're currently actively searching for partners in the construction sector and, of course, discussing various options to fund the project with investors,' Dmitry noted.

The regional department of economics explained to the entrepreneurs that they could apply for Arctic Zone residency.

'We met the conditions, so we quickly prepared the required documents. The first results didn't take long to arrive: thanks to our resident status, we were able to obtain two 2.5-hectare plots of land from the state without any delays. Furthermore, we enjoy a special preferential tax treatment, which, among other things, allows us to allocate additional funds to the development of our other projects in the region,' our interlocutor emphasised. 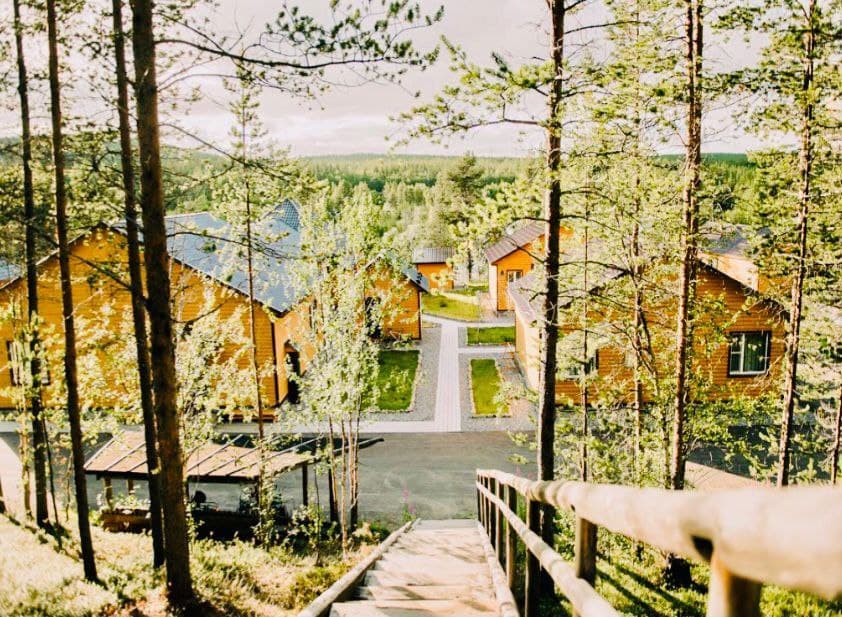 The company currently owns a resort at the Kola River, near Murmansk. The hotel is geared towards river fishing and consists of a group of stand-alone lodges. Since the start of the pandemic, the demand for this kind of tourism has dramatically increased. Tourists booked cottages a month in advance. This prompted the businessmen to build another compound near the existing one. The new resort will be located on a plot with an area of 8.5 hectares. The company was able to obtain this land thanks to its status as an Arctic Zone resident.

'This hotel will be oriented towards ecotourism and more relaxed family holidays. Since the arrival of the pandemic, we've been receiving many guests from Moscow, St. Petersburg, Tatarstan and Bashkiria. The region as a whole has enormous tourism potential, offering both locations for relaxing holidays and entertainment for those who aren't used to staying in one place for long. And Teriberka has become one of the Murmansk Region's key attractions in recent years,' Kuznetsov added.

Located on the shore of the Arctic Ocean, the village of Teriberka became famous after the 2015 world premiere of the film Leviathan. It is a unique location in Russia's polar region that overlooks the Barents Sea as it transitions into the Arctic Ocean. According to estimates of Governor Andrey Chibis, the region has received more than 350 thousand tourists in 2020. At the same time, the services provided to tourists amounted to RUB 3.2 bn rubles, which exceeds the plan by almost RUB 1.2 bn, according to Rosstat.

Infrastructure A Vacation in the Arctic