In the land of permafrost: how oil and gas are extracted in the Arctic

Estimates indicate that the Russian Arctic Shelf has oil and gas reserves that could supply 20–30% of the nation's oil output by 2050. And far from all of these deposits have been mapped out. However, conventional mineral extraction techniques are not plausible for the Far North. Extreme climatic conditions take their toll.

In these severe climatic conditions, the current conventional technologies for hydrocarbon extraction are not plausible. This is due to a number of regional features. In the Arctic, there is practically no transport infrastructure, there is a punishingly cold winter for most of the year (roughly 9–10 months), and the temperature drops to minus 50 degrees. The sun does not rise over the horizon at all for six months, and the regions experience the conditions of the polar night. The thickness of the ice cover in the Arctic Ocean can reach two meters or more. Moreover, this ice is unstable and characterised by its mobility and the formation of hummocks.

The biggest production challenges lie in how the oil platforms should function, working amid the ever-drifting ice. What should the safety margin in their construction be? How can they be protected from ice movement and from the direct impact of the waves, which can reach a height of 10 metres?

Oil spill response in permafrost conditions is also an extremely challenging process. Conventional open water spill response techniques (skimmers, booms) become impossible to use if the oil gets under the ice sheet. Consequently, the oil should be produced only when the well is completely isolated from the ocean. 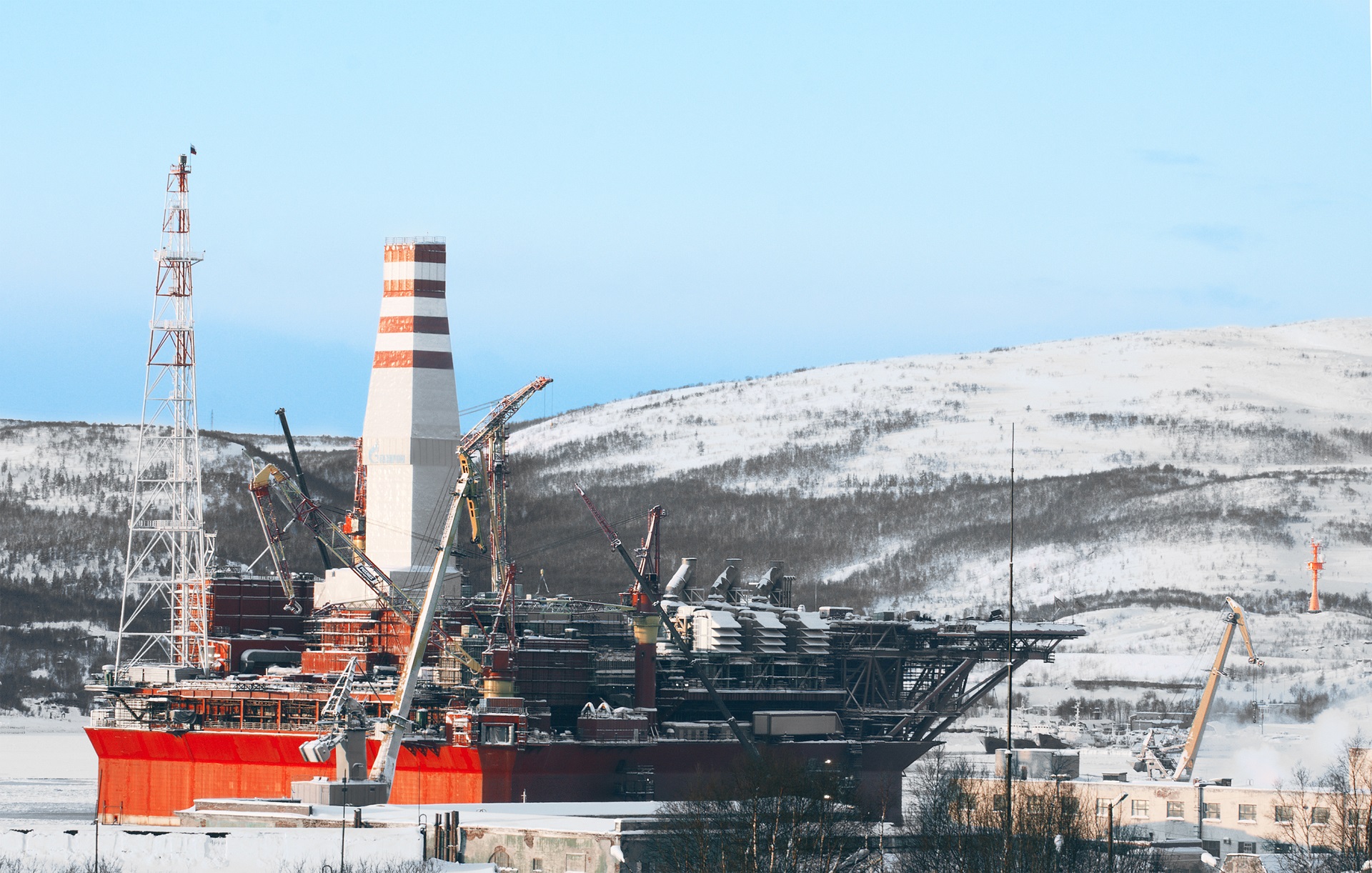 The main drawback of surface mining in the Arctic is that under such operational conditions, it is impossible to protect the artificial island slopes (inclined side surfaces) from wave and ice erosion. As Canada's experience has shown — during operations on such islands in the shallow part of the Canadian Arctic — they collapse very quickly. Until now, the problem of protecting such structures has not been solved in practice.

That is why the oil and gas companies developing the Arctic shelf have opted for sub-sea oil and gas extraction. This technology is based on the complete isolation of sub-sea wells, the heads of which are placed on the seabed. Such sub-sea installations should be completely autonomous. 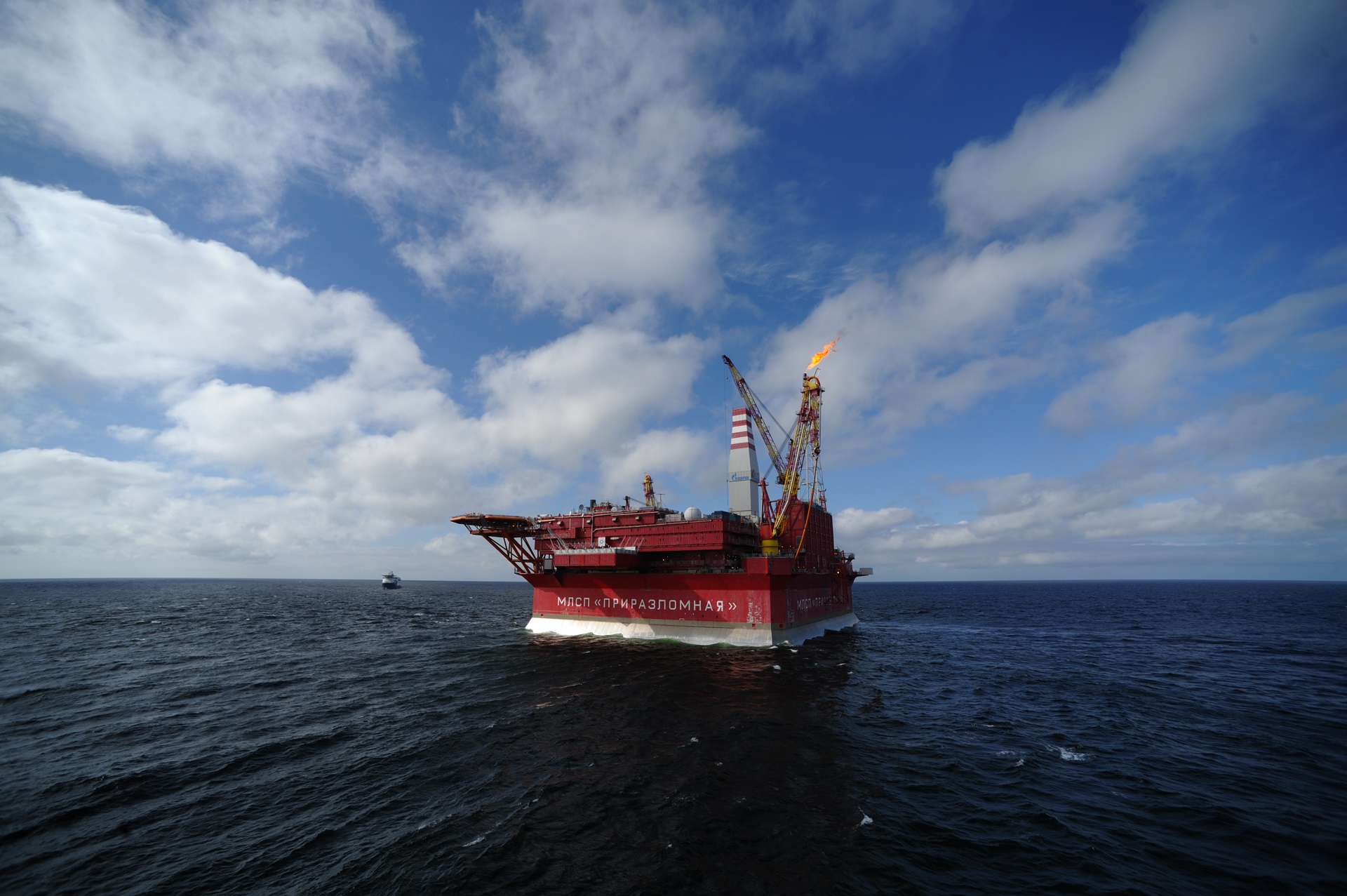 Sub-sea wellhead equipment consists of a set of special mechanisms, devices and systems that form the mechanical connection between the drilling rig, installed on a floating platform, and the wellhead, placed on the seabed when drilling exploration wells.

Above the wellheads, there can be a stationary or a floating platform in place. Russia usually combines surface with sub-sea extraction. In which case, the topside is installed on an ice-resistant platform (and it can be either stationary or floating).

Platforms weighing about 500 thousand tonnes are installed directly on the seabed. A powerful stone embankment is built around its base in order to avoid soil erosion. An example of that is the platform at the Prirazlomnoye field.

The platform is also equipped with an anti-oil and gas spill system: being fully automated, in case of danger, it will shut off all the wells in a matter of seconds.