Saving the environment: how air pollution will be countered in the Arctic

11.10.2021 // Yamalo-Nenets Autonomous Okrug will become the site of the very first carbon control area in the Russian Arctic. The area will specialize in analyzing greenhouse gas emissions and designing a strategy to counter air pollution. Similar facilities will also appear in other Arctic regions over the next few years.

The first carbon control area in the Arctic will be housed at the Snezhinka international Arctic exploration station. The facility already has a name: Sem Listvennits, or Seven Larches, in honor of the town of Labytnangi, which is where a 198.6 meter-tall radar station will be installed for the project. In the Khanty language, Labytnangi means Seven Larches. Thanks to the creation of the carbon control area in Yamal, scientists will be able to observe several ecosystems: the forest tundra, the northern taiga, and the floodplains and wetlands within the lower reaches of the Ob River.

"The carbon control area is located both at the northern edge of the woodlands and at the southern permafrost boundary, which opens extensive opportunities for controlling the flux of greenhouse gases within the ecosystem; this includes planting forests in the tundra, adjusting the water level in the peat marshes, controlling incursions into the area by all-terrain vehicles and reindeer herds, and monitoring the permafrost," comments Gleb Kraev, project supervisor and senior fellow at the Arctic Research Center.

"The green agenda, specifically the issues of reducing the carbon footprint, is now coming to the fore all over the world. Solutions in this field are what will define further development in our country and far beyond," says Dmitry Artyukhov, governor of Yamalo-Nenets Autonomous Okrug, in his commentary on the decision to create a carbon control area.

For Russia, carbon control areas are a relatively new phenomenon. These special areas will be dedicated to closely monitoring the state of the environment.

"We want to develop methods for measuring the flux of the main greenhouse gases, such as carbon dioxide, methane, nitrous oxide, and so on. This is exceptionally important. You could even say that for Russia, it's a matter of national security. It is very important for us to have our non-discriminatory system that will help measure the balance of greenhouse gases; that is, how they are emitted and absorbed and where," explains Valery Falkov, Russian Minister of Science and Higher Education.

Photos from the site: minobrnauki.gov.ru

Considering the specifics of the local climate, the carbon control areas allow for an incredibly broad range of environmental research. For instance, designing overland and remote technologies for field and forest agrochemical control, building mathematical models for the primary gross productivity, and testing technologies for remotely monitoring overground and underground vegetation.

Aside from scientific insights, the areas will also contribute to finding ways of containing greenhouse gas emissions.

According to experts, carbon control areas will have an important economic role to play in international negotiations as well. After all, the European Union has plans to introduce the so-called "carbon tax" starting from 2023: it will be imposing additional duties on goods that are produced with a large amount of emissions. A situation like this will require special calculations to determine how much a given industry truly damages the environment, and whether the concern for nature will turn out to be just a pretext for a trade war.

"As scientists only have a rough idea of the carbon cycle balance, it is impossible to conclude how we should regulate the environmental conditions. Carbon control areas will paint a more objective picture of the environment's current state. In addition, the scientifically substantiated data on the amount of gases that are emitted and absorbed on the territory of Russia will help us to properly negotiate with foreign nations when it comes to the carbon tax," notes Nikolay Osokin, Deputy Director of the Russian Academy of Sciences Institute of Geography.

The creation of a carbon control area network follows up on instructions given by the Russian president, Vladimir Putin. The designated authority is the Ministry of Science and Higher education. It has plans for the carbon control areas to span the whole country. The ministry selected the regions for the launch of the first pilot areas in the spring of 2021. The regions include: Chechnya; Krasnodar Territory; the Kaliningrad, Novosibirsk, Sakhalin, Sverdlovsk, Tyumen, and Moscow Regions, and Tatarstan. Furthermore, the meeting of the Expert Council on the Scientific Support of Carbon Balance Control Methods resulted in a decision to expand the network of carbon control areas to include 14 regions. 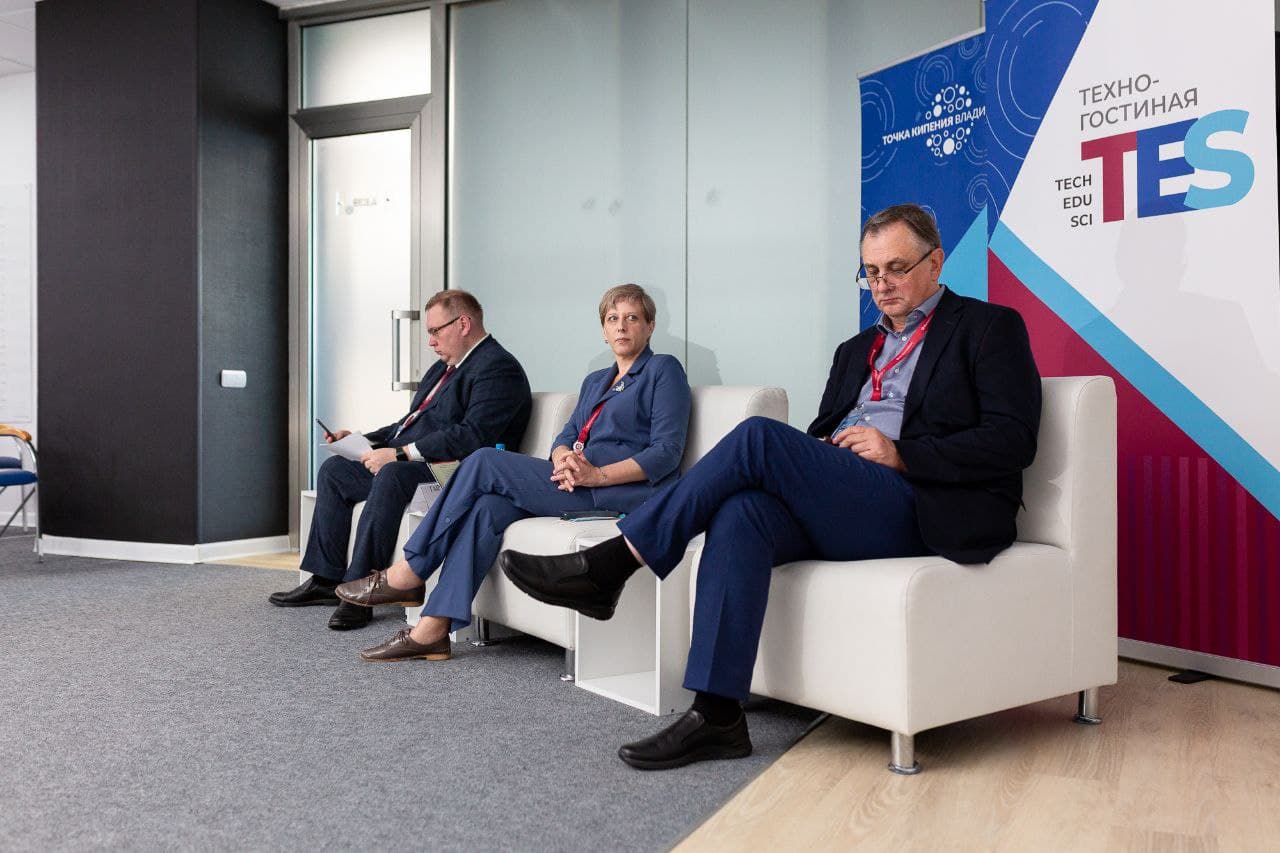 Photos from the site: minobrnauki.gov.ru

The first carbon control area was opened in Kaluga Region in September 2020; another carbon control station was launched in Tyumen Region in August. The goals for the mid-term are to up the number of carbon control areas to several dozen. Each area is to have its own "carbon farm", responsible for growing new trees that will absorb carbon dioxide.

As for the Arctic, it's more than obvious that the Yamal facility is insufficient for covering the entirety of the region beyond the Arctic Circle. Hence the plans to build at least one more carbon cluster in Murmansk Region.

"We immediately expressed our readiness to become a pilot site for launching a project to create a carbon-free zone in the region. I am confident that this will both reduce the environmental load and attract new investments into Murmansk Region as we will produce green hydrogen and export it to the EU," says Murmansk Region Governor Andrey Chibis in his commentary on the initiative.

Read more With concern for ecology, for the benefit of people The simplified requirements for envromental expert review during construction works in the Arctic have come into force.