Exploration of the Russian Arctic: from the Pomor koches to nuclear-powered icebreakers

It took Russia an entire millennium to explore the northern seas and the Arctic coast of Eurasia.

When other countries were sending sea expeditions to new lands, Russian explorers were moving towards the northern and eastern edges of the continent. They reached the Pacific Ocean and discovered America on the other side, and added dozens of new islands and almost the entire Arctic coast of Eurasia to the maps.

The first attempts to get to the coast of the Arctic Ocean were made by Russian sailors back in the 11th century. The Nikon Chronicle mentions a Novgorod 'posadnik' ('mayor') completing a voyage from the Northern Dvina to an 'Iron Gate'. The so-called 'Iron Gate' was probably the name of the Kara Gates or the Yugorsky Strait. Whatever the case, it was a huge accomplishment for that period.

In the 12th–13th century, the main explorers of the northern seas were the Pomors who settled down near the coasts of the White Sea and learned to survive by its fruits instead of doing agricultural work. They discovered and explored Vaygach Island and the Novaya Zemlya archipelago. By the end of the 15th century, the Pomors reached the islands of the Spitsbergen archipelago and Bear Island in the Barents Sea. 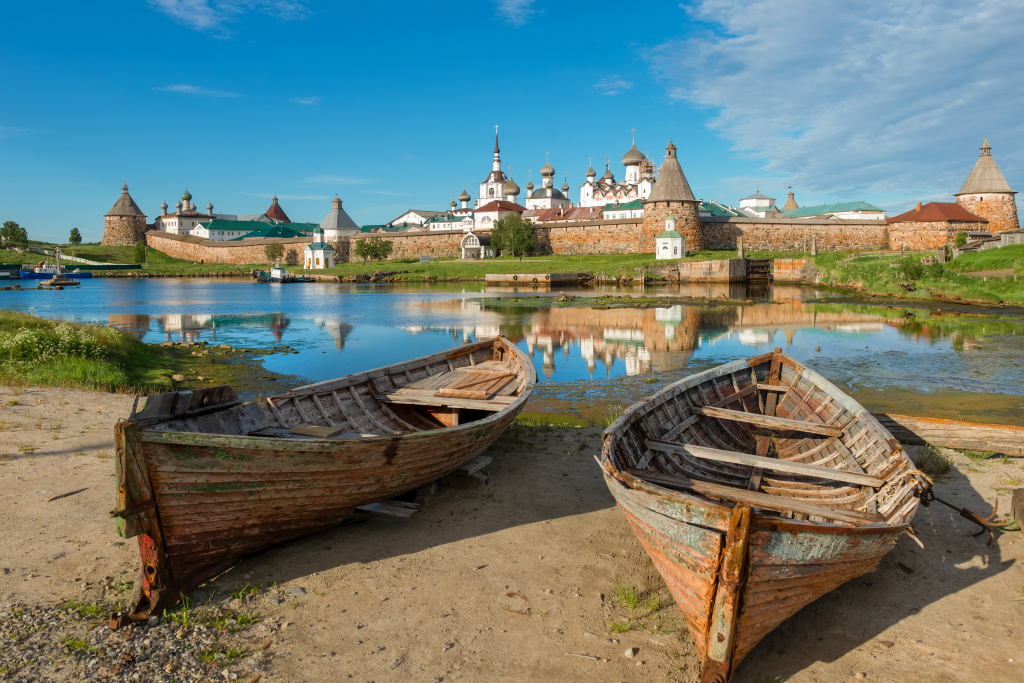 The first Russian polar town—Pustozersk—was founded in the lower reaches of the Pechora River in 1499. Almost a century later, in 1584, Arkhangelsk started to emerge in the mouth of the Northern Dvina. Arkhangelsk remained the main Russian port in the European north of the county until the 20th century.

In 1648, Cossack hetman Semyon Dezhnev made a fantastic discovery for that period. A group of Cossacks under his leadership sailed along the Chukchi Peninsula and entered the Pacific Ocean on small wooden sailing ships–'koches'. A strait between North America and Eurasia was discovered. This expedition gave a clearer idea of what the Arctic coast of Eurasia looked like; all that remained was to explore it and to mark it on the map.

In 1728, the First Kamchatka expedition headed towards the eastern borders of the Russian Empire, by order of Peter I of Russia. Officer of the Russian Navy Vitus Bering confirmed that there was indeed a strait between Chukotka and Alaska, discovered by Dezhnev.

In 1733–1743, the first comprehensive and large-scale exploration of the Russian Arctic area was conducted by the Great Northern Expedition which included members such as Vitus Bering, Laptev cousins (Dmitry and Khariton), Stepan Malygin and Semyon Chelyuskin. The expedition resulted in creating the 'General map of the Russian Empire, of northern and eastern shores of the Arctic and the Pacific Ocean with parts of western American shores and the island of Japan, rediscovered through sailing'.

Many European states, especially those with access to the Arctic seas, also started to explore them. For instance, in 1873, Arctic explorers from Austria Julius von Payer and Karl Weyprecht discovered the Franz Josef Land archipelago, which they named after Emperor Franz Joseph I. In 1878–1879, a Swedish expedition led by Erik Nordenskiöld left Russian sailors behind and became the first expedition in history to travel through the Northeast Passage in two seasons and enter the Pacific Ocean through the Bering Strait.

In 1898, Russia started to build the world's largest icebreaker fleet. The first polar icebreaker 'Yermak' built under the supervision of Vice-admiral Stepan Makarov was set afloat. Icebreakers made the Arctic more accessible. When geological explorations reached beyond the Arctic Circle, it became clear how rich the Arctic coast was with mineral resources. The first commercial deposit of oil and gas in the Russian North—Chibyuskoye (currently in the Komi Republic)—was discovered in 1931; production started in 1939.

In 1937, the world's first drifting ice station was launched under the leadership of Ivan Papanin; it was a research station called North Pole-1. In the 1930s–1940s, USSR was actively populating and exploiting the Arctic. Several Arctic ports were constructed including Igarka, Dikson, Pevek and Tiksi. Cities such as Naryan-Mar, Norilsk and Vorkuta were founded. Massive oil and gas reserves were discovered in Polar Regions of Western Siberia.

After the end of the Great Patriotic War, geological exploration was resumed and scaled up. The Arctic Geology Research Institute was established in 1948 for its coordination. Huge oil and gas fields such as Urengoy, Yamburg and Bovanenkovo were discovered in the 1960s–1970s. In the 1980s, oil and gas deposits were found on the Arctic shelf. 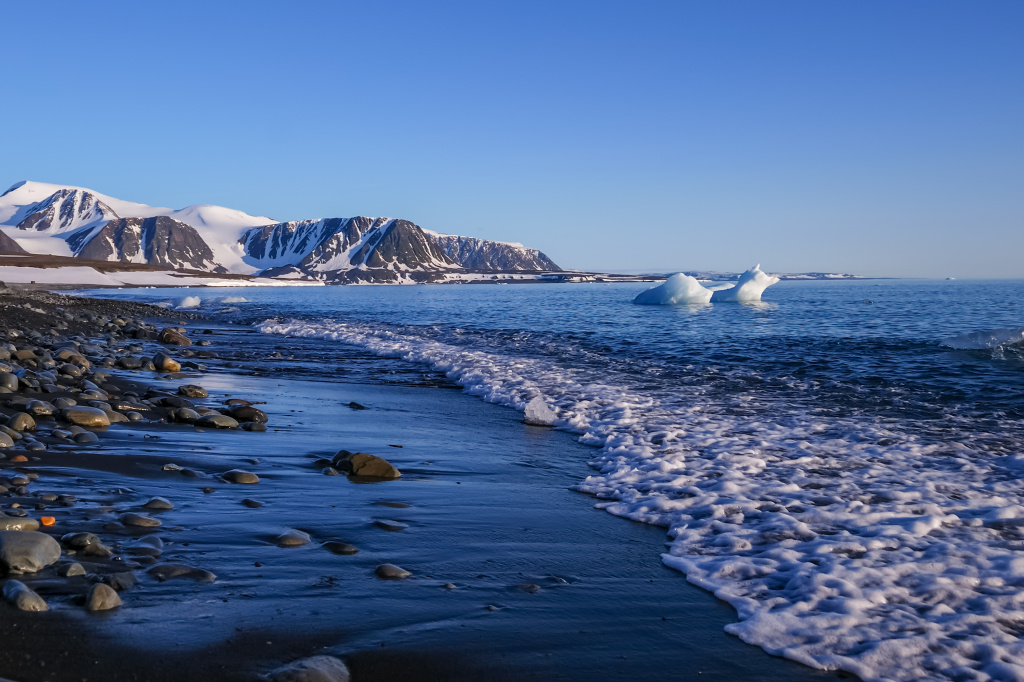 It was not until the 21st century that Russia started to make serious investments in the Arctic exploration. The National Security Concept of the Russian Federation adopted on 10 January 2000 set the task to develop 'mechanisms for supporting the life and economic development of critical areas and the Arctic region'. Soon after, several large infrastructure objects from the Soviet times were completed and put back into service, including the Yamal railway and the Varandey oil terminal.

In 2014, Russia became the first country in the world to start producing oil at a shelf deposit in the Arctic.

Today, more and more countries are willing to take part in exploring the Arctic. The region's massive reserves of mineral resources and new opportunities emerging with climate change have caused intense competition between many different countries. Nevertheless, Russia has so far maintained its leading position in Arctic exploration.

Russia is intensifying its Arctic exploration starting from 2020. The country has established new foundations of the national policy in the region and developed an economic strategy; a national investment programme is currently being implemented. Russia has taken unprecedented support measures for the private sector, regardless of what specific companies are engaged in: extracting mineral resources, producing food, or offering services.