A place where history was made

A monument to Oleg Kuvaev will be erected in the northernmost city of Russia — Pevek, located in Chukotka

18.04.2022 // A decision to set up a monument to the geologist and writer Oleg Kuvaev was made by a mining company named after the writer's most famous book, the novel 'Territory'. Territory LLC is exploiting a tin deposit in Chukotka, but decided to use bronze for the five-metre monument to Kuvaev. It will be created by sculptor Georgy Frangulyan, whose monumental works have earned worldwide recognition.

Dozens of his works have been installed in Moscow alone: he has commemorated the poets Joseph Brodsky and Bulat Okudzhava, the composers Dmitry Shestakovich and Aram Khachaturian, the writer Mikhail Bulgakov and the footballer Valery Kharlamov. The sculptor's work is known and appreciated not only in Russia. In Belgium alone, for example, two monuments have been erected under the Frangulyan brand - to Peter the Great in Antwerp and to Alexander Pushkin in Brussels.

Many cities around the world would like to see Frangulyan's monuments in their streets and squares, but the master doesn't touch his chisel unless he thinks that a monument is truly necessary. 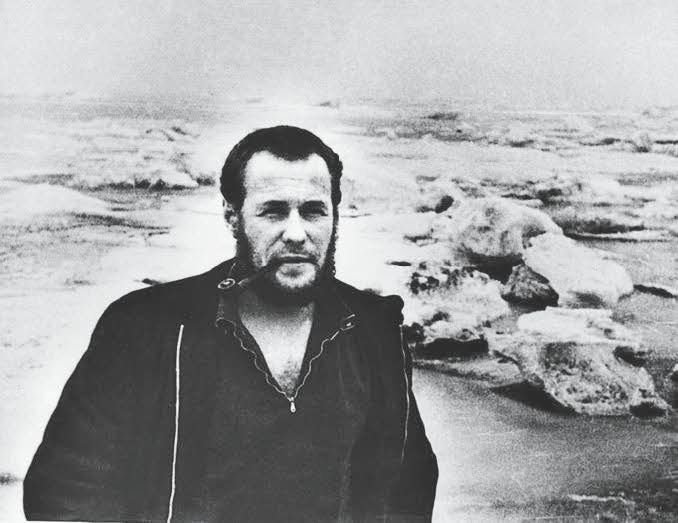 On the shore of the Arctic Ocean, 1964 (Photo by B. Zhutovsky

The famous Soviet writer and geologist Oleg Kuvaev spent three years in the middle of the last century working as the head of the Chaun Geological Administration in Pevek. A novel 'Territory' is considered to be his Magnum Opus. In this novel he tells about the discovery of gold in Chukotka in the late 1940s and early 1950s. The novel was first published in 1975. Before Kuvayev, Soviet gold and barren landscapes of the Arctic had no Jack London of their own. 'Territory' inspired hundreds of young people to become geologists, following the steps of the author. The novel 'Territory' has two film adaptations: the first film was released in 1978, the second — in 2014. 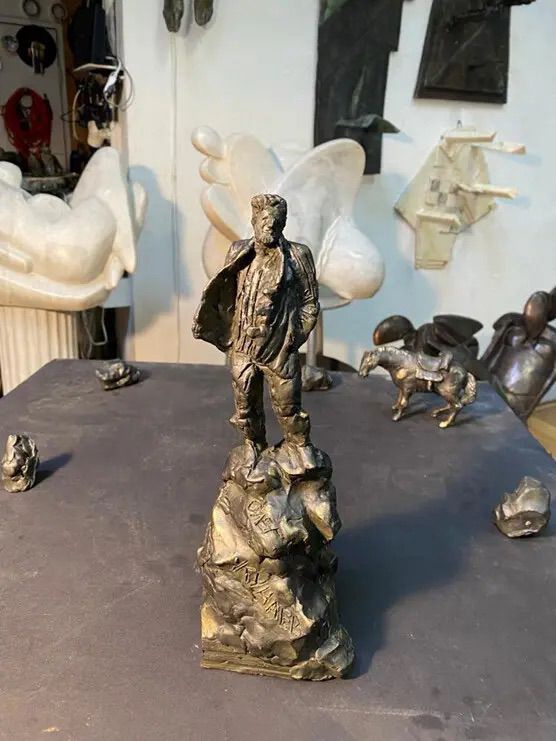 "And how interesting it was for me to learn that the young creators of the new film 'Territory' were captivated by the same thoughts and phrases of Kuvayev as I was," confessed Alexander Pilyasov, professor at Moscow State University and director of the Centre for the Economics of the North and the Arctic. - I would venture to say that the need for heroic self-actualization, for the heroism of selfless service to the country, is not less in the new generation than it was in ours. It just needs to be awakened!"

Pilyasov is convinced that for the new generation of Russians Oleg Kuvaev "is the only author who tells them about the work feat, about the joy of overcoming trials and not about the sweet life at the expense of sudden wealth. Both for Kuvayev and for me all these eternal human values are naturally associated with the North and Russian Arctic – a space of serving the country and at the same time overcoming oneself, forging a strong personality out of oneself".

According to the official website of the Pevek urban district, the monument to Kuvaev will be about five metres high with a base of 12 square metres. The place for the sculptural composition will be determined soon. The monument will be created and delivered to Pevek in the summer, the company plans to erect it prior to the Eastern Economic Forum, which will be held in Vladivostok in early September.

Read more Chukotka: Fjords, Secrets, and Polar Bears Who built the Chukotka 'Stonehenge', and how many patients visit the world's biggest 'birth centre' for polar bears?

Read more
Novy Urengoy Novy Urengoy: flight into the future
Nadym and Tarko-Sale The most comfortable cities of the Russian North
Naryan-Mar Arctic adventures in the tundra capital