'Towards a common goal': the Arctic is coping with snowdrifts on the roads

How the Arctic region is overhauling its transport infrastructure

25.10.21 // The Arctic roads are becoming safer. This is no easy feat, given the region's harsh weather conditions. A new GOST government standard for paving winter roads came into force a year ago. This reduced the number of road accidents. Now in the Arctic is busy looking for solutions to combat snowdrifts. One of the scientists' projects is the creation of transport corridors in potentially dangerous areas.

A year of GOST in the Arctic

Outdated road construction rules have been a major issue in the Arctic region until very recently. Road specialists resorted to using GOST standards that were, in part, a relic of the Soviet era. The standards had not been updated in a long time and did not take into account the technological progress, climate change, or increase in the number of vehicles on the road that had taken place over past 30 years. 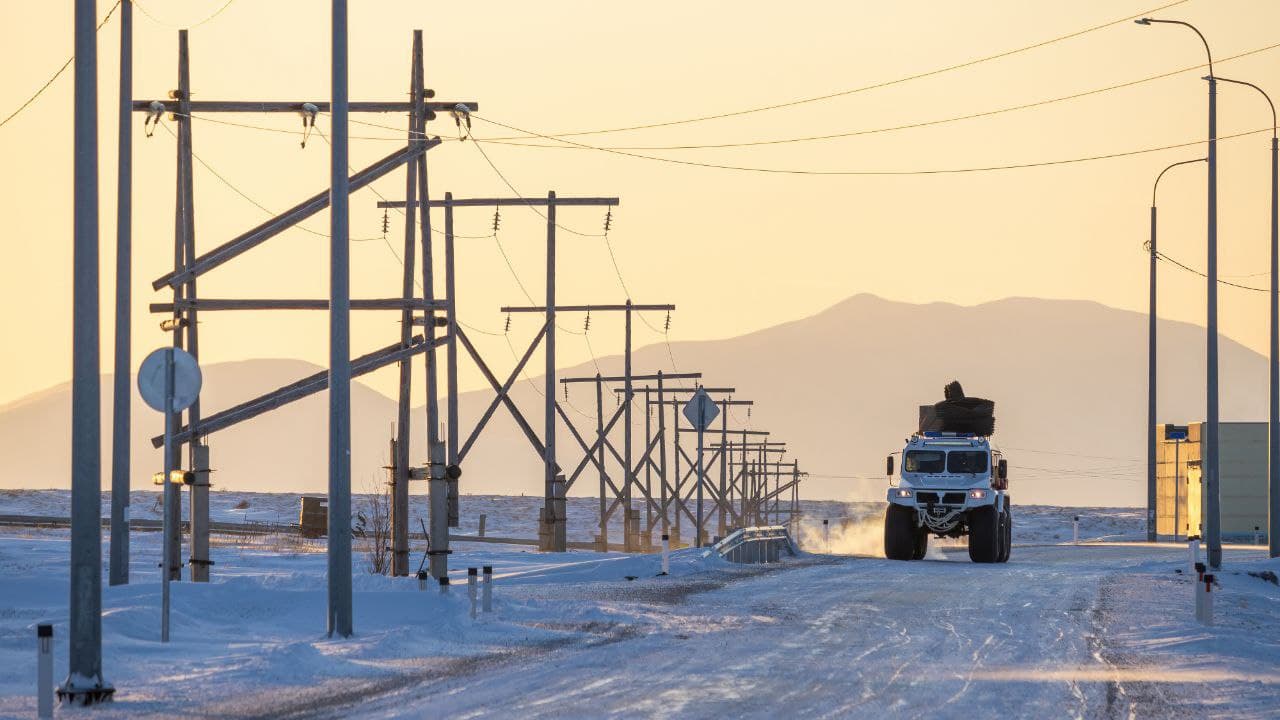 The document contained requirements for seasonal (winter) roads. Such roads shall now be built under uniform standards in all Arctic regions in Russia. They must be equipped with road signs, lighting, traffic lights, and barriers. In addition, tractors must be on duty at all times on sections of the road that frequently get covered in snow. As car breakdown in the Arctic may potentially result in mortal danger, the new GOST standard mandates creating special shelters along the winter roads, where drivers can warm up and report accidents.

Side note. As per the new GOST, if road traffic does not exceed 500 cars per day, the maximum speed limit is 70 km per hour. A winter road must be at least 8 metres wide, with two lanes for traffic. For ice crossings, ice must be thicker than 18 cm. Cars can move across the ice if they weigh no more than 4 tonnes.

That said, a single GOST is not enough to address all road emergencies. Like snowdrifts, for instance. Because of snow, traffic on the roads often gets completely blocked, and clean-up takes time and the involvement of expensive equipment. The matter of eliminating the issue more effectively is discussed by a large number of scientists both in Russia and abroad. Researchers from Siberian Federal University in Krasnoyarsk have been tackling it for the past year. This is highly relevant to the region. Snow blockages on the Norilsk–Kayerkan—Alykel airport in the Taymyr region of the Krasnoyarsk Territory sometimes rise to 6 metres, paralysing traffic and causing great inconvenience.

'Since the wind directions and force around Norilsk have undergone significant changes, the snow barriers, which were first installed in the 1940s, do not cope with the task at hand,' notes Ruslan Sharafutdinov, director of the Institute of Ecology and Geography at Siberian Federal University.

The SFU researchers announced the results of their study not too long ago. Yuri Zakharinsky, head of the Department for Comprehensive Arctic Studies at Siberian Federal University, elaborated on the project of a special transport corridor for hazardous areas during a meeting with representatives of the TVEL production holding, part of the ROSATOM state corporation.

The transport corridor is a sequence of interconnected special heat-insulated cells: triangular frames with ETFE film stretched over them. TVEL representatives explained that the cells will be made out of the most innovative materials. The film melts under high temperatures, but does not burn. The cells themselves let through 95% of sunlight, withstand temperature differences of up to 80 degrees Celsius between the outer and inner frame, and can absorb significant wind impact. 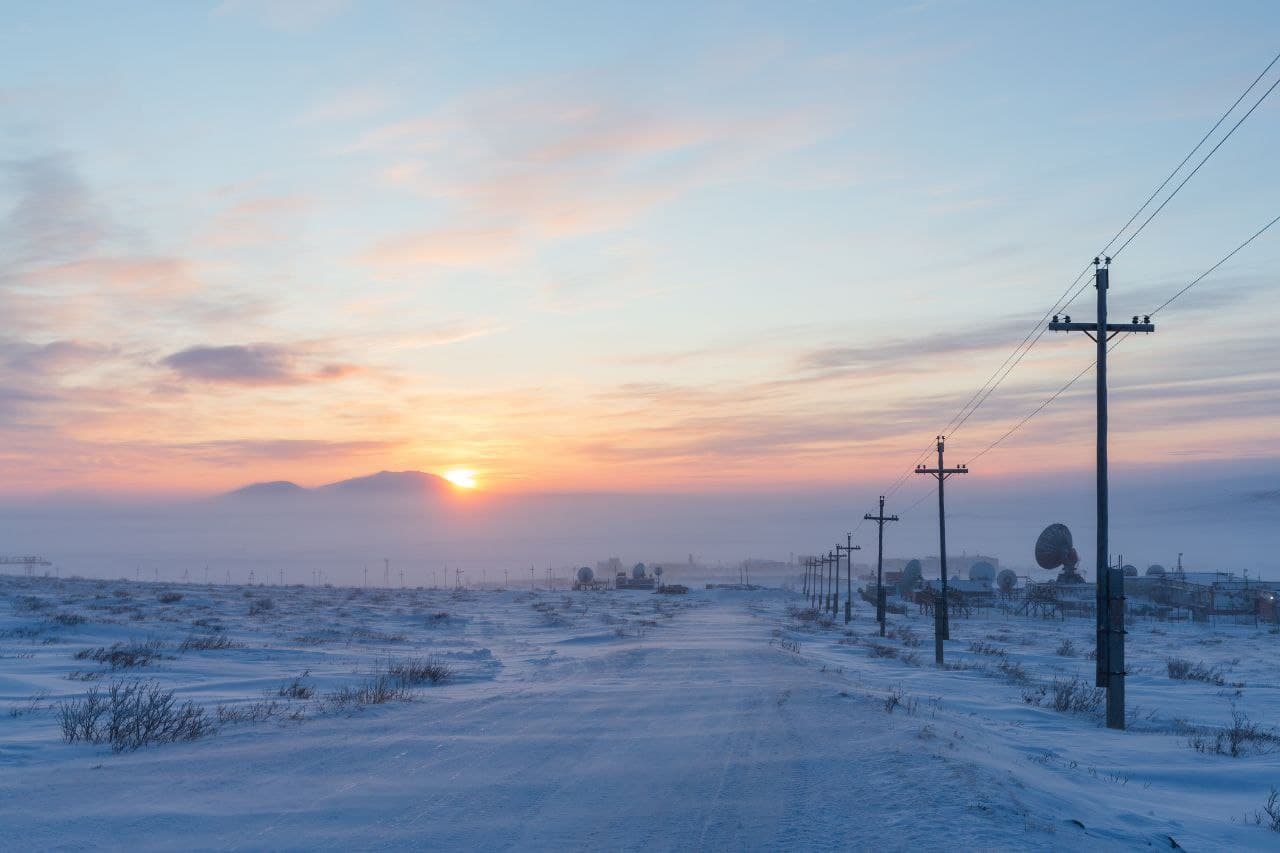 Testing the project in real-life conditions requires a road section of at least 100 metres. 'The experimental section should not have the same strategic importance as the Norilsk–Alykel Highway. At the same time, it should have similar parameters, namely wind and snow load, in order to achieve the most reliable results,' Yuri Zakharinsky commented.

The proposals made by the developers from the TVEL holding will be considered by the experts of Siberian Federal University and Norilskavtodor in the nearest future. 'Creating a transport infrastructure correlates with the tasks outlined in the plan for the integrated development of Norilsk, meaning that the project might have a promising future,' Yuri Zakharinsky concluded.

Other Arctic regions have already expressed an interest in SFU's insights. 'We are always keeping any eye over the scientific and practical achievements of our fellow road builders from different regions, as this helps us move towards a common goal; we are wishing for the Norilsk Highway solution by our colleagues from SFU to find practical application with a positive result,' noted Sergey Kopylov, head of the technical department at the road administration body in Yakutia.