Placing a premium on Digital: How New Technologies Will Help the Arctic

Why the Arctic Needs Digitalisation

23.09.2021 // New technologies will change life in the Arctic. Artificial intelligence will increase maritime traffic, and residents of remote villages will receive high-quality mobile communications, continuous access to the Internet and opportunities for distance learning.

The technological development of the Arctic is a high priority task for Russia. This goal is included in the Strategy for Developing the Russian Arctic Zone and Ensuring National Security until 2035. In the Arctic regions, the first steps have already been taken to achieve this goal.

One of the options for applying new technologies in the Arctic is mining. Russian companies are actively testing new developments that help them optimise production costs.

Artificial intelligence has already helped Gazprom Neft significantly reduce the cost of offshore Arctic oil logistics in 2019–2020. The Captain system is a piece of software that is responsible for managing logistics in the harsh Arctic climate. Artificial intelligence recalculates the schedule of tankers and shipments of energy raw materials from terminals and chooses an optimal route from more than 66.5 million options. This has already allowed the Company to save RUB 0.9 bn.

‘Thanks to the Captain system, the unit costs for the export of one ton of Arctic oil decreased by 12% compared to the years before this system started to be used’, the representative of the corporation said.

Year-round Navigation along the Northern Sea Route and High-Speed Internet for the Arctic.

Telecommunication projects are also being actively implemented in the Arctic. This involves providing mobile communications and Internet connectivity to the indigenous peoples in remote areas. In recent years several such projects have been announced at once. 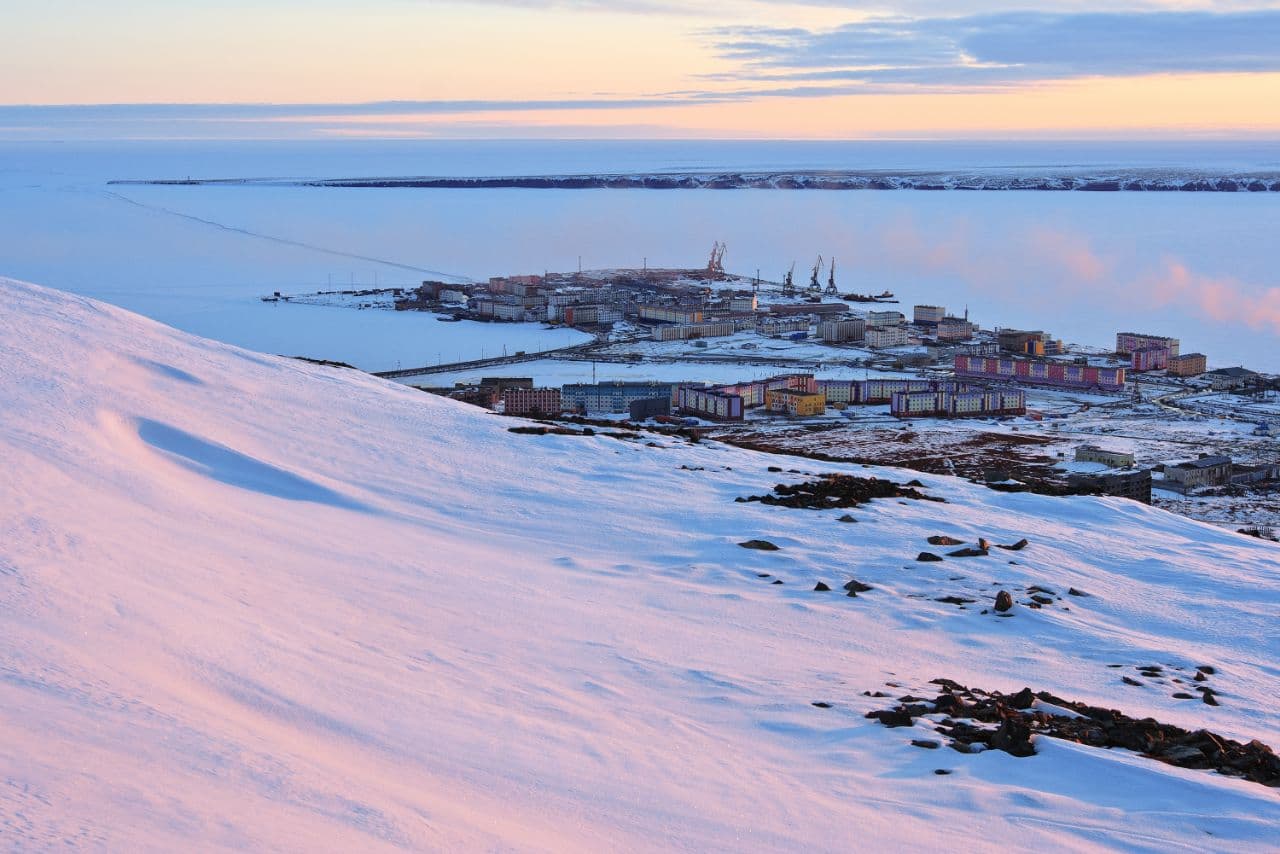 Thus, at the Saint Petersburg International Economic Forum 2021, agreements were signed in the framework of the Polar Express project by JSC Atomic Energy Industrial Complex (Atomenergoprom) and FSUE Morsviazsputnik, the future operator of the underwater optical line in the Arctic.

The Polar Express project, worth RUB 65 bn, includes the laying of a trans-Arctic fibre-optic communication line from Murmansk to Vladivostok. The cable system will have 150 optical repeaters and consist of six pairs of fibres: four pairs will be used for the transit of Europe-Asia traffic, and two more will be connected to communications equipment at Russian Arctic ports.

The optical line is intended to help ensure year-round navigation along the Northern Sea Route and provide high-speed Internet access in remote areas of the Arctic.

‘I am confident that Rosatom's comprehensive industrial expertise will help us achieve our strategic goals for the digitalisation of the arctic coast and the Russian Far East, which will contribute to the implementation of the decree of the President of the Russian Federation “On the strategy for the development of the Arctic zone of the Russian Federation and ensuring national security until 2035”, including the development of technologies for conservation and for creating the infrastructure for data processing centres’, said Andrey Kuropyatnikov, the Head of Morsviazsputnik.

Mobile operators also commented on this project. ‘Cooperation with Morsviazsputnik will allow MTS to qualitatively and effectively meet the ever-increasing needs of business customers and private consumers in the northern regions of Russia, including the development of cutting-edge high-speed networks and provide the ability to implement solutions in the field of IoT, e-commerce, autonomous vehicles, artificial intelligence, industrial automation and secure communications, taking into account the growing requirements for information security, as well as data storage and processing’, said Vyacheslav Nikolaev, President of MTS PJSC.

Study and Work in the Arctic

‘For people in the Arctic as a whole, in many cases, digital technologies have an impact on issues of life and death, particularly the development of sustainable communications in the region. That is why it is fundamentally important to integrate digitalisation mechanisms into education, transport, healthcare and public administration at all levels’, said Konstantin Dolgov, Deputy Chairman of the Federation Council Committee on Economic Policy.

Sustainable means of communication should bolster the education of the younger generation in the Arctic region. This opinion was expressed during the round table dedicated to the development of the Russian part of the Arctic by Alexander Shestakov, Vice President of the Council of Rectors of Russia. According to him, distance learning technologies will help to raise the quality of education for children living far from large settlements. 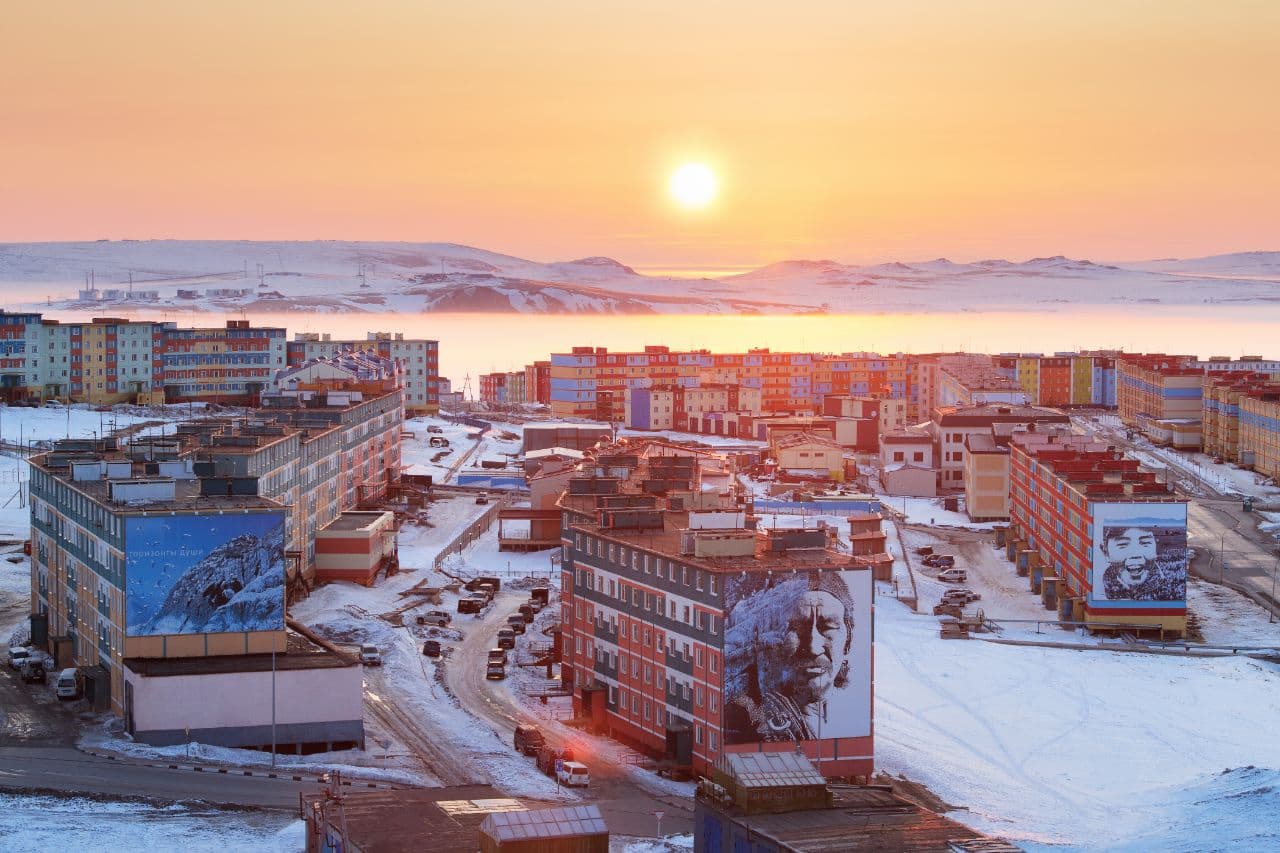 Experts also believe that digitalisation will solve the problem of staff shortages in the region. According to a joint study by Petrozavodsk State University and the Lomonosov Northern (Arctic) Federal University, there is currently a staff shortage in almost all Arctic regions. If the situation does not change, by 2024 there will be a deficit of more than 73 thousand employees in the Arctic. Of these, a third will be qualified professionals with higher education.

As experts explain, the staff shortage in the Arctic is partly associated with a reduction in the admission of new students to local universities and the closure of branches of key educational institutions. For ten years the admission of new students decreased from 12 to 5.4 thousand. School graduates were forced to leave for other regions and, in most cases, did not return.

‘Scientists have found that digital technologies will help solve the problem of youth migration from the Arctic territories. Despite the fact that this problem was previously considered insoluble, <...> the availability of quality distance learning increases the attractiveness of the northern territories as a place for young people to live, study and pursue personal development’, a report of researchers from Tyumen State University states.

According to a survey of more than 1.5 thousand students in the Arctic regions, 98% of respondents were ready to stay in the northern cities if digital technologies are actively developed there.

Some steps to this end have already been taken. In February 2021 the authorities announced the establishment of the Digital Arctic Science and Technology IT Park. It will be established at the Northern Arctic Federal University (NAFU) in Arkhangelsk in 2021. It is expected that there will be classrooms for project work, laboratories, Web design and co-working areas.

The goal of this initiative is to create an Arctic IT ecosystem for training personnel and implementing digital economy projects. The first stage of the project will cost RUB 1.33 bn, of which 1.12 bn will be received from the federal budget.

When preparing this article, data from Russian News Agency TASS, Rossiyskaya Gazeta and ComNews were used.