'Industry, tourism and innovation': which sectors will be affected by the new projects by AZRF residents in Karelia

Currently, there are 33 residents of the Arctic Zone of Russia officially registered in Karelia. Thanks to them, more than 1,400 new jobs will become available in the region. Almost a third of new projects in the region are tourism-related. Alexander Cheremovsky, Deputy Director General of the Corporation for Development of the Republic of Karelia and Head of the Russian Arctic Zone Development Center commented on the results of 2021 and shared his plans for the next year.

Alexander, six municipalities in Karelia are located in the Arctic Zone of the Russian Federation. How successful are the business support measures within the framework of preferential treatment there?

Indeed, six municipalities in Karelia are classified as territories of the Arctic Zone of the Russian Federation, while the preferential residence regime in the ASRF has been in effect there for more than a year. In accordance with Federal Law No. 193 'On State Support for Entrepreneurial Activity in the Arctic Zone of the Russian Federation,' Karelia has adopted a number of regional regulations. Let me tell you about the current business support measures in the republic.

Profit tax, or, more specifically, the part of it that is subject to being transferred to the regional budget, that is, the budget of Karelia, will have a rate at nil in the first five years, and at 5% in the next five years. Keep in mind that the current rate for non-residents of the AZRF is 17%. Property tax is fully transferred to the regional budget. First five years, there will be no rate at all, the next five years it will be 1.1% — exactly half the rate of the current one, which is 2.2%.

I should also add that if a resident plans to acquire ownership of a land plot, it's important to keep in mind that all six municipalities of Karelia, which are part of the Arctic Zone, adopted a zero-tax rate for the first three years from the 1st day of the month of acquiring ownership of the land for the implementation of the investment project.

Naturally, in addition to tax preferences, there are other benefits. A program of concessional lending has been adopted in Karelia. The SME Support Fund developed and implemented a number of assistance programmes to small and medium-sized businesses. One of the programmes has been named The Arctic. As part of this programme, any resident can get an unsecured loan in the amount of RUB 1.5 mn at a 6.5% rate. They can also get an unsecured loan of RUB 5 mn at a 3.75% rate. This is, of course, lower than current market rates.

In addition to that, it is possible to obtain a loan from the Industrial Development Fund of the Republic of Karelia of RUB 5 to 20 mn for the purchase of industrial equipment as part of an investment project.

You also shouldn't forget about grant support. If you are a social entrepreneur and a resident of the Arctic Zone, you are eligible for a grant of RUB 1 mn. You can already find concrete examples of residents who have taken advantage of this support. One such company is Elite Profi company from the city of Kem. They are constructing a small tourist complex with a restaurant and a hotel, with the rooms being appropriately equipped for people with disabilities. At the moment, the company has already received RUB 979 thousand for this purpose.

As for the overall results of the year, which particular outcomes would you highlight?

I would say this: the preferential treatment of AZRF residents has taken unprecedented measures of support, even when compared to other gprefregimes. As a result, the business has become actively involved in projects, the number of jobs has increased, and, bit by bit, the budget will be replenished as the projects continue to pay off.

If we were to provide numbers on the results of this year, they would be as follows. The Republic of Karelia now has 33 active residents of the AZRF. The total amount of investment, which we expect to attract for the implementation of projects, is about RUB 96.4 bn. We expect more than 1,400 new jobs to appear in the region. Investments from the residents' activity have already amounted to RUB 4 bn and created more than 200 new jobs. 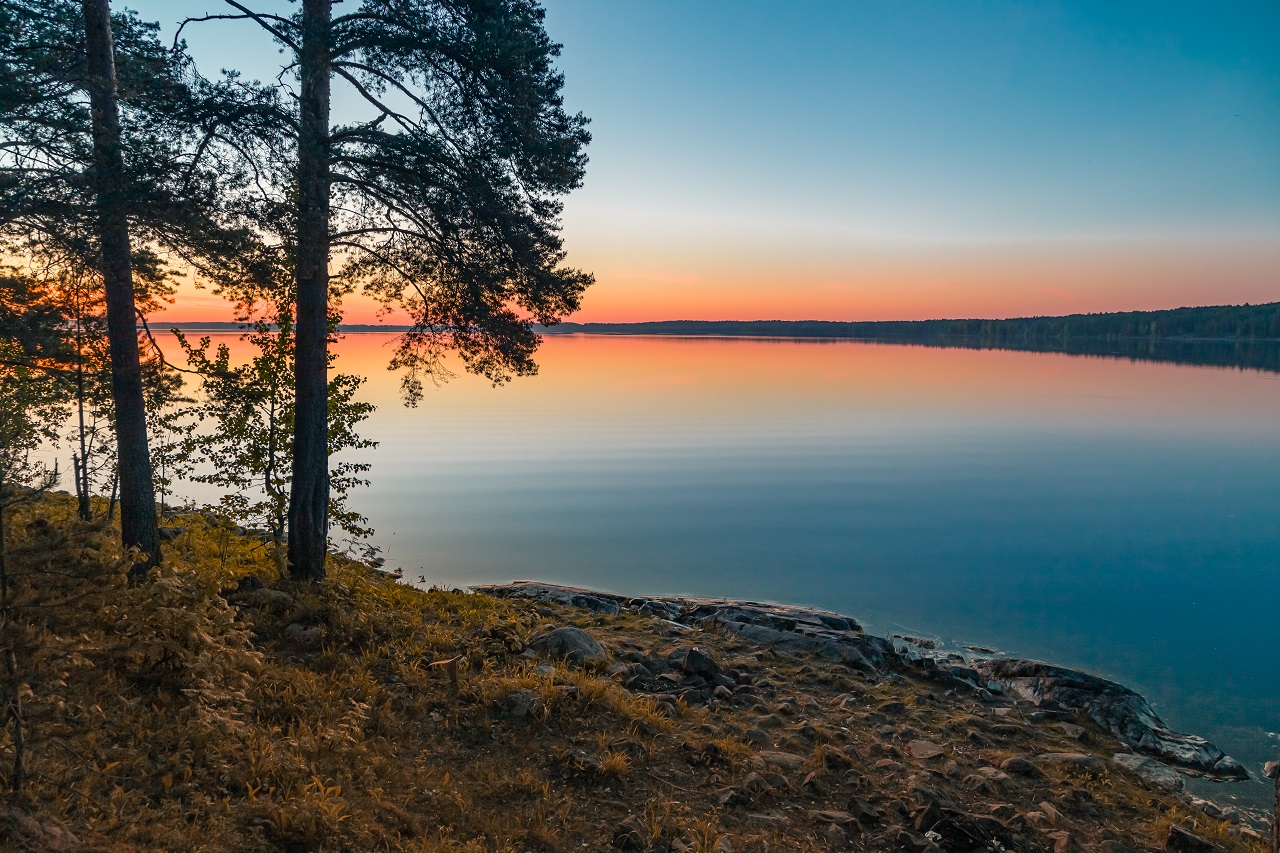 We hope that this positive growth will not only continue but also intensify in the following year.

Which industries have the most projects today? And why, in your opinion, do investors choose these particular areas?

Everyone knows that Karelia is one of the most beautiful regions in Russia. That is why more than a third of our projects are tourism-related. This is largely due to the unique geographical location, as well as a large number of historical monuments in the region. These include the Kuzova archipelago in the White Sea, Kem, a popular tourist spot, where The Island movie was filmed and a large number of national parks. In recent years, domestic tourism has been actively developing. The Karelian Republic is very attractive in terms of logistics: it is located in the European part of Russia, near St. Petersburg and close to the European Union — only 798 km away from the border with Finland. We hope that the restrictions (imposed because of the pandemic — Ed. note) will soon be lifted and our European neighbours will begin visiting us again. Our tourist projects are for both domestic and foreign visitors.

In addition to tourism-related projects, there is also a number of major industrial ones. One of them is unique not only for Karelia but for Russia as a whole. It's the construction of a new pulp and paper mill (PPM). No new pulp and paper plants have been built in Russia for 40 years. It is being erected by the Segezha West company. In accordance with the stringent EU directives, only green technologies will be used in the process of the project's implementation. We also expect about RUB 86 bn to be invested. As a result, 650 new jobs should become available. This company is also a resident of the Arctic Zone, and this project can most certainly be considered strategic for Karelia.

Karelia's climatic parameters also make the region quite an interesting place for data centres. The region meets all the conditions: it has powerful fibre-optic lines, sufficiently low temperatures, enough electrical power. For example, DC Arctic 2 resident has already built a data centre in the territory of Nadvoi settlement. The volume of capital investments amounted to about RUB 768 mn.

The development of the mining complex of the republic is also worth mentioning. The Arctic region is rich in non-metallic construction materials, primarily crushed stone, with total reserves of over 1 bn cubic metres. Being able to mine these deposits will provide high-strength crushed stone for the needs of Arctic investment projects, the construction of railroads, highways, ports and airfields in the Arctic Zone, as well as the construction of offshore transshipment facilities for liquefied natural gas and gas concentrate.

Thanks to tax benefits and preferential treatment, the region's resident Belomorsky Sheben LLC launched the production of high-strength crushed stone on the territory of Belomorsky district in 2021. In addition to that, the investor has plans to build a logistics terminal, as well as a complex for the production of Big Bag packaging and packing (soft containers for bulk cargo).

So, if we were to name the AZRF residents in Karelia, it would be industry, tourism and innovation.

Currently, Karelia is in the top three among the subjects of the Russian Federation on the number of residents of the Arctic Zone and the number of investments. Only Murmansk and Arkhangelsk, our neighbours, are ahead of us in this regard. We plan to, at the very least, repeat this success in 2022. But in general, we want to compete with our colleagues so that next time we can place even higher in this informal ranking. We have all the prerequisites to achieve that. In 2022, the Corporation plans to expand its activities, including holding more events for entrepreneurs and increasing the number of trips to municipalities. Because of the pandemic, many events were held remotely. The effect of live communication, however, is much greater. We also hope that certain relaxations in the criteria for obtaining the status of a resident in terms of capital investment will significantly expand the range of potential residents, so we expect an increase in their number in 2022.

Thank you. Happy New Year, everyone!