Sailing on the Northern Sea Route

The expedition of Sedov, a sail training barque, is unprecedented in history. No vessel of this class has ever managed to pass from East to West along the Northern Sea Route in a single navigation season without an icebreaker clearing its path. A previous attempt of a sailing ship to navigate in the Arctic was made in 1878–1879, when the Vega, a Swedish whaling barque, was forced to spend a winter in the ice. For a century and a half, no one ventured to make another try. But the Sedov took its chance and won! Under sail and without using its engine, the barque crossed the Chukchi Sea and part of the East Siberian Sea. The ship travelled under sail in the harshest of waters, the Laptev Sea, an unprecedented feat for such latitudes. At its most northern point, the route reached 78 degrees north.

The Sedov, a four-masted barque, is listed in the Guinness World Records as the largest training sailing vessel in the world. It has a length of 117.5 meters, a displacement of 7,320 tonnes and a sail area of almost 4,200 square metres. The barque's home port is Kaliningrad. 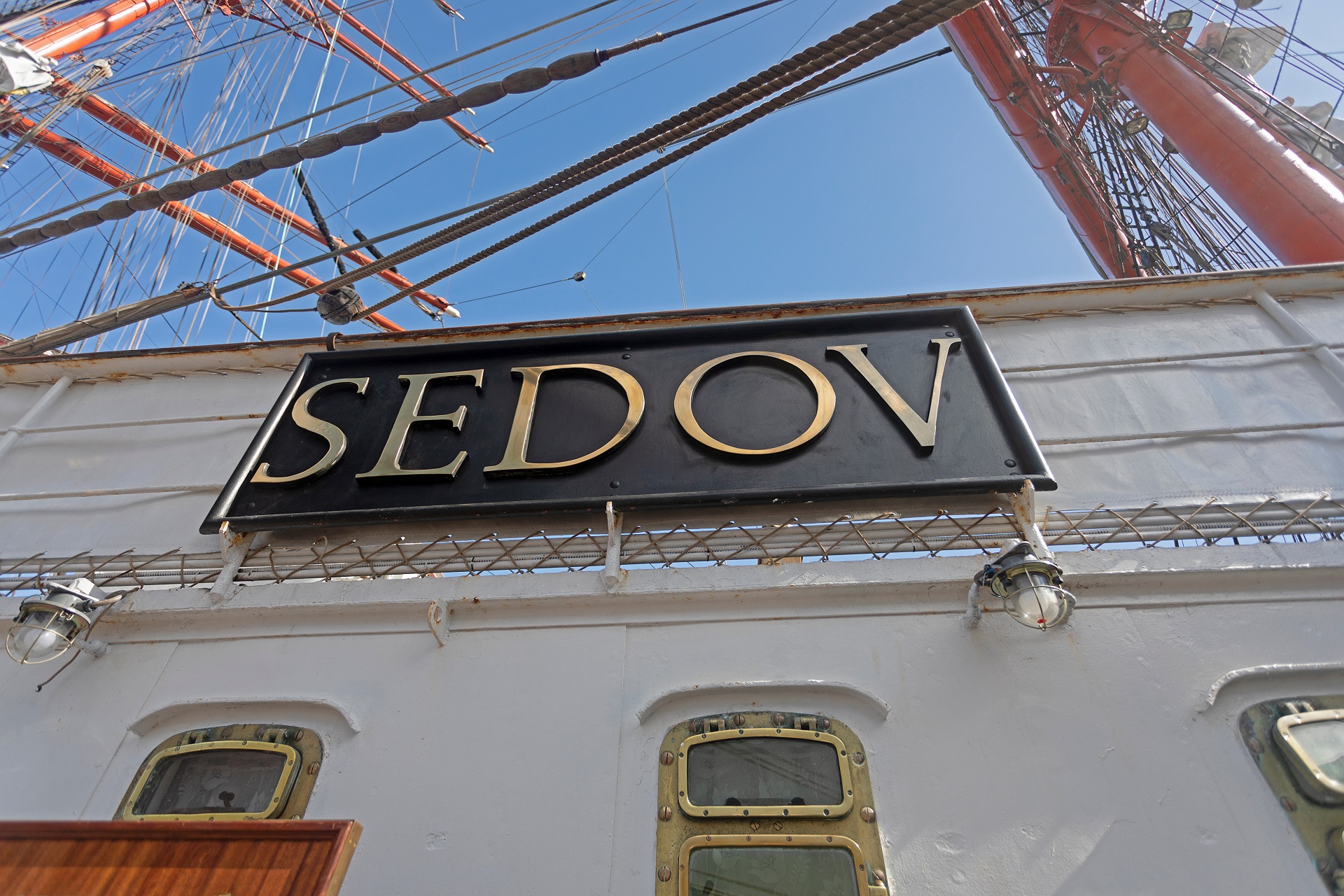 In December 2019 the Sedov left its native shores and set off on a voyage around the world. This was to mark the 200th anniversary of the discovery of Antarctica by the first Russian Antarctic expedition of Thaddeus Bellingshausen and Mikhail Lazarev. The last stage of the journey was the hardest, as the Sedov set the ambitious goal of reaching its home port of Kaliningrad from Vladivostok along the Northern Sea Route.

Today the route is regularly crossed by oil tankers from the Arctic fields. However, these vessels have a high ice rating, they are designed to navigate through the ice on their own. But even they very rarely travel without the assistance of icebreakers. For a sailing ship, the risks are much higher, especially one as old as the Sedov, which will celebrate its centennial anniversary in 2021.

On August 19 the Sedov sailed from the port of Vladivostok on a trans-Arctic expedition, headed first for Chukotka. When circumnavigating the peninsula, the ship visited Petropavlovsk-Kamchatskiy, the most eastern port in Russia, Pevek, Russia's northernmost town, and the settlement of Egvekinot, the only place where the Arctic Circle and the 180th meridian intersect on land. On its journey from the port of Vladivostok to the eastern limit of the Northern Sea Route, the sailing ship covered 2,760 nautical miles. It travelled about 600 of them under sail. 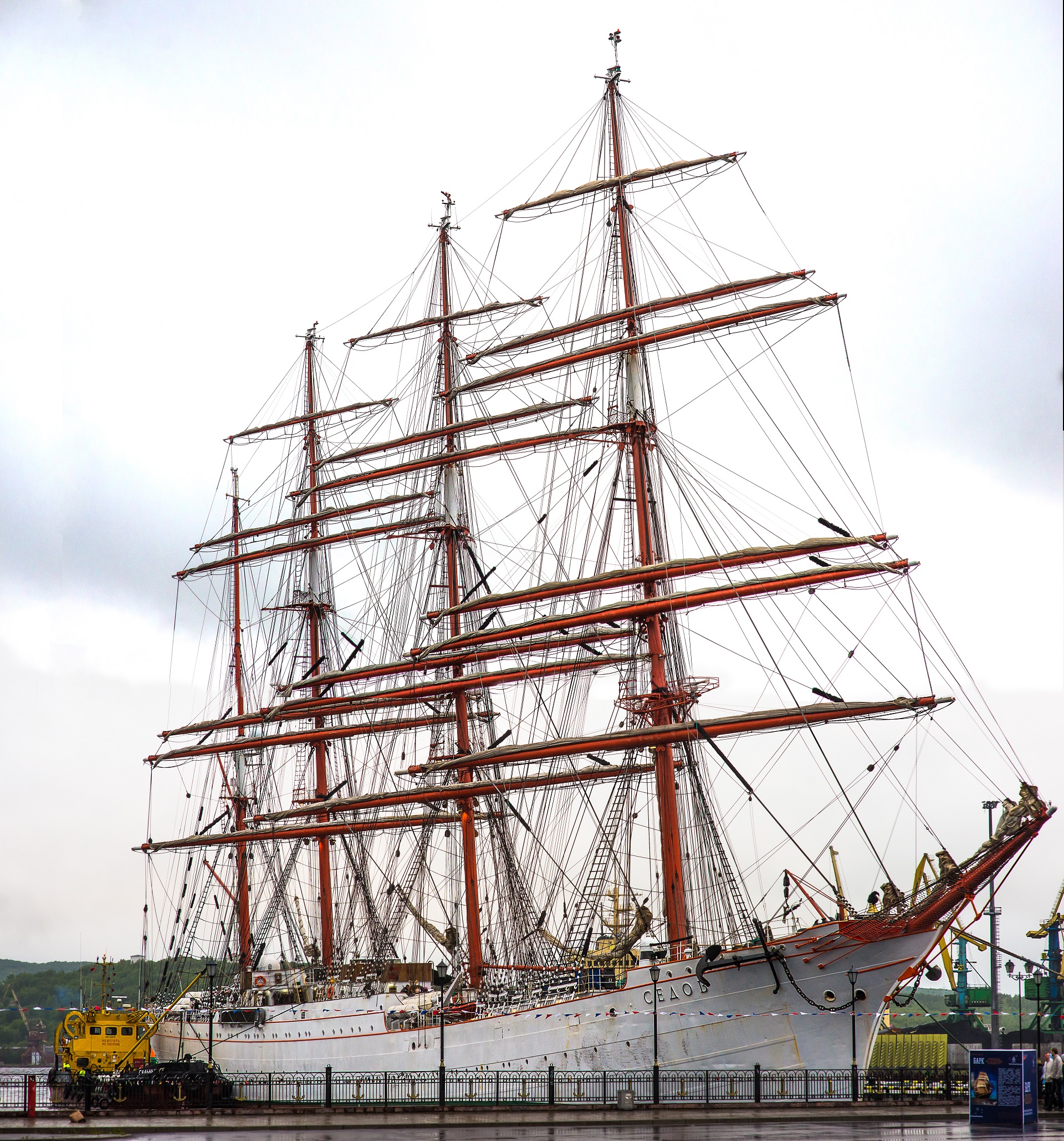 But the engine had to be turned on much more often along the Northern Sea Route. Of course, global warming has taken its toll, and a century and a half after the voyage of the Vega, the Russian barque was sailing in open water. This time, even the most difficult sections, such as the Vilkitsky Strait and Long Strait, which are almost always locked in ice fields, were ice-free. But this was still the Arctic, never to be taken for granted. After passing the Laptev Sea, the barque had to fold its sails. There was a risk that they could instantly freeze, and the vessel would capsize from the added weight – many sailing ships have perished in the Arctic seas this way. One of the greatest achievements of the Sedov and its crew was the fact that they dared to unfurl their sails in the harsh waters of the Laptev Sea. They were able to sail this section of the route due to the excellent weather (by Arctic standards) with above zero temperatures and a favourable wind. 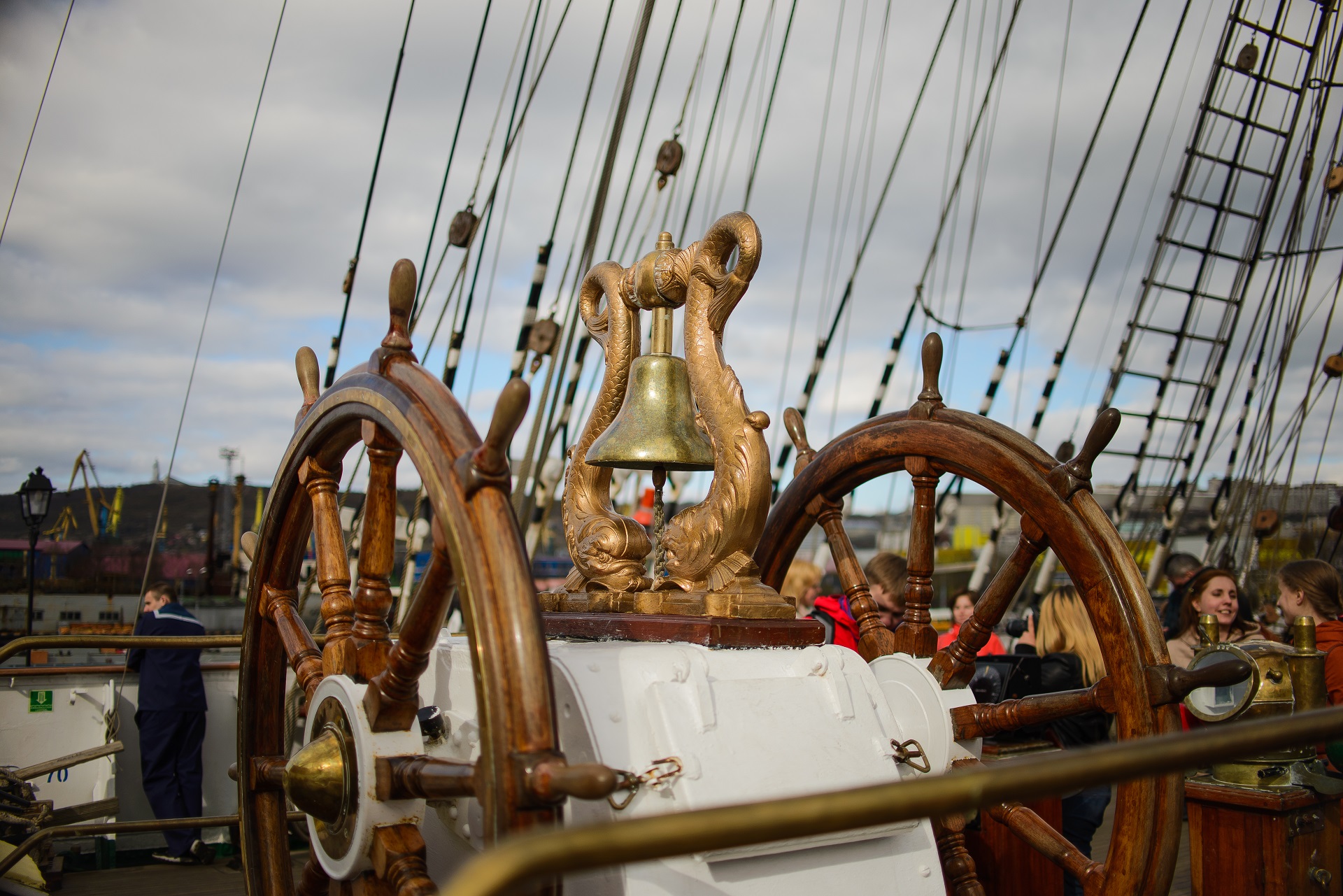 The Sedov had nothing but good luck. On 13 October 2020 the barque successfully completed its journey along the Northern Sea Route and sailed through the Kara Gates into the Barents Sea. The victory of this 100-year-old veteran of the fleet proved that the Northern Sea Route has become completely safe for navigation. If a sailing ship of ice-class 1, the lowest of the nine existing classes, succeeded in making a solo voyage through the Arctic seas in a single navigational season, then the route is open for all vessels.

Read more Oil and gas fleet of the Arctic The nature of the Arctic is incredibly vulnerable to any anthropogenic impact, and a spill of even a small amount of oil or LNG can turn into a real disaster