Oil and gas fleet of the Arctic

The nature of the Arctic is incredibly vulnerable to any anthropogenic impact, and a spill of even a small amount of oil or LNG can turn into a real disaster

Therefore, all companies implementing oil and gas projects in the Arctic zone of Russia use the best technologies available, and not only for the production of hydrocarbons.

The highest requirements are also imposed on the reliability of ships delivering cargo to the "mainland". In order to secure the waters of the northern seas, a special fleet of icebreaking tankers has already been built, which are capable of operating safely in high latitudes and have the highest class of environmental safety. LNG-fueled green tankers under construction will help raise environmental standards to new heights.

However, it is not often necessary to pave the way in the ice by tanker independently. "Alexander Sannikov" and "Andrey Vilkitsky", icebreakers Arc130A of ice class Icebreaker8, escort tankers to the terminal, and nuclear icebreakers of Rosatom escort them along the Northern Sea Route. 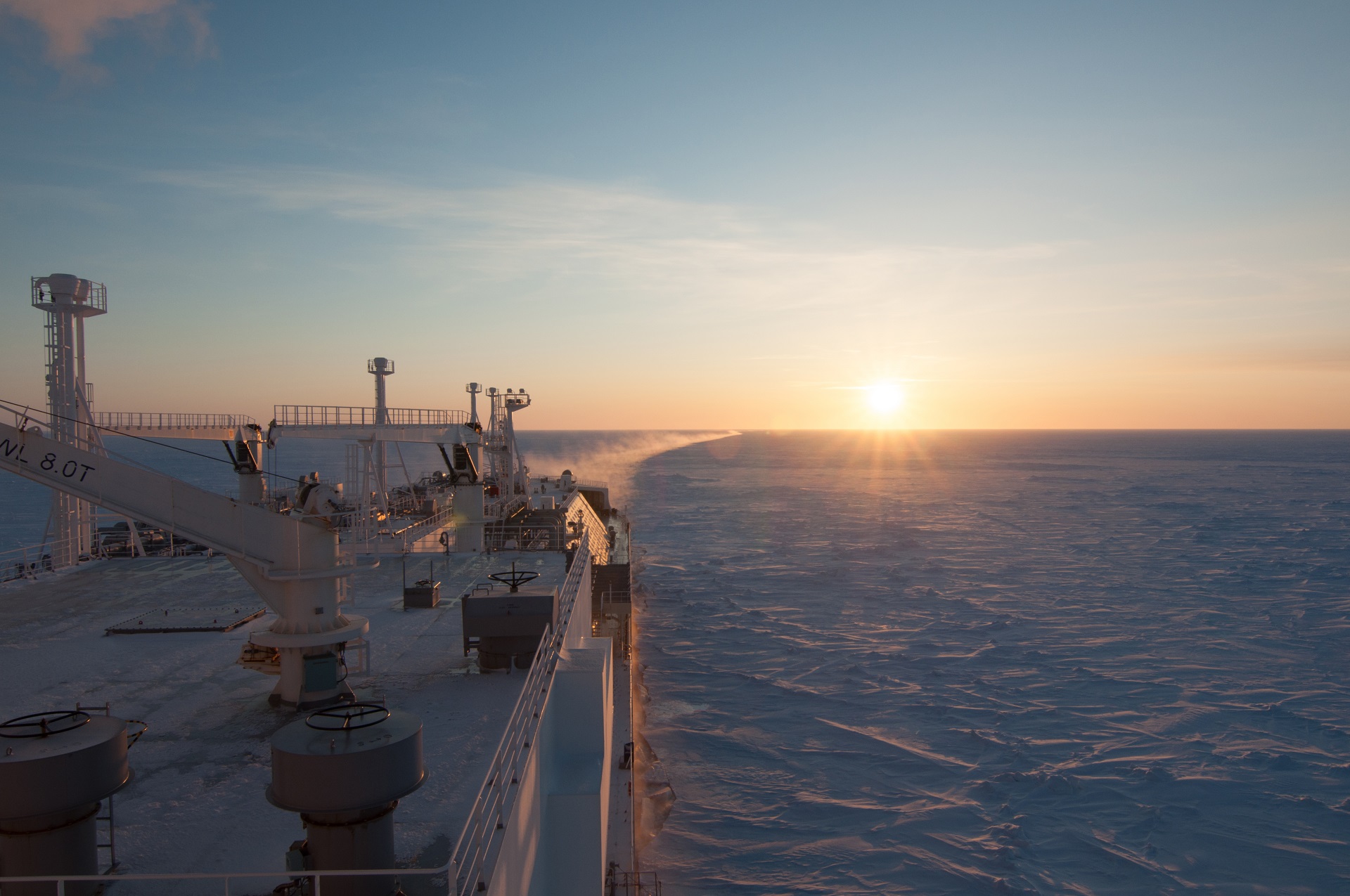 To provide tankers with increased maneuverability when moving forward and aft, they are equipped with rudder propellers, which rotate around their axis by 360 °. The ability to maneuver in shallow water and shoals is also provided by the shallow draft of tankers. The water area of ​​the Gulf of Ob, where the Gates of the Arctic terminal was built, has a shallow depth, there are often shoals in it, therefore tankers are designed taking into account shallow water. The maximum draft of the vessel in fresh water does not exceed 9.5 m, which eliminates the risk of running aground and damaging the hull. 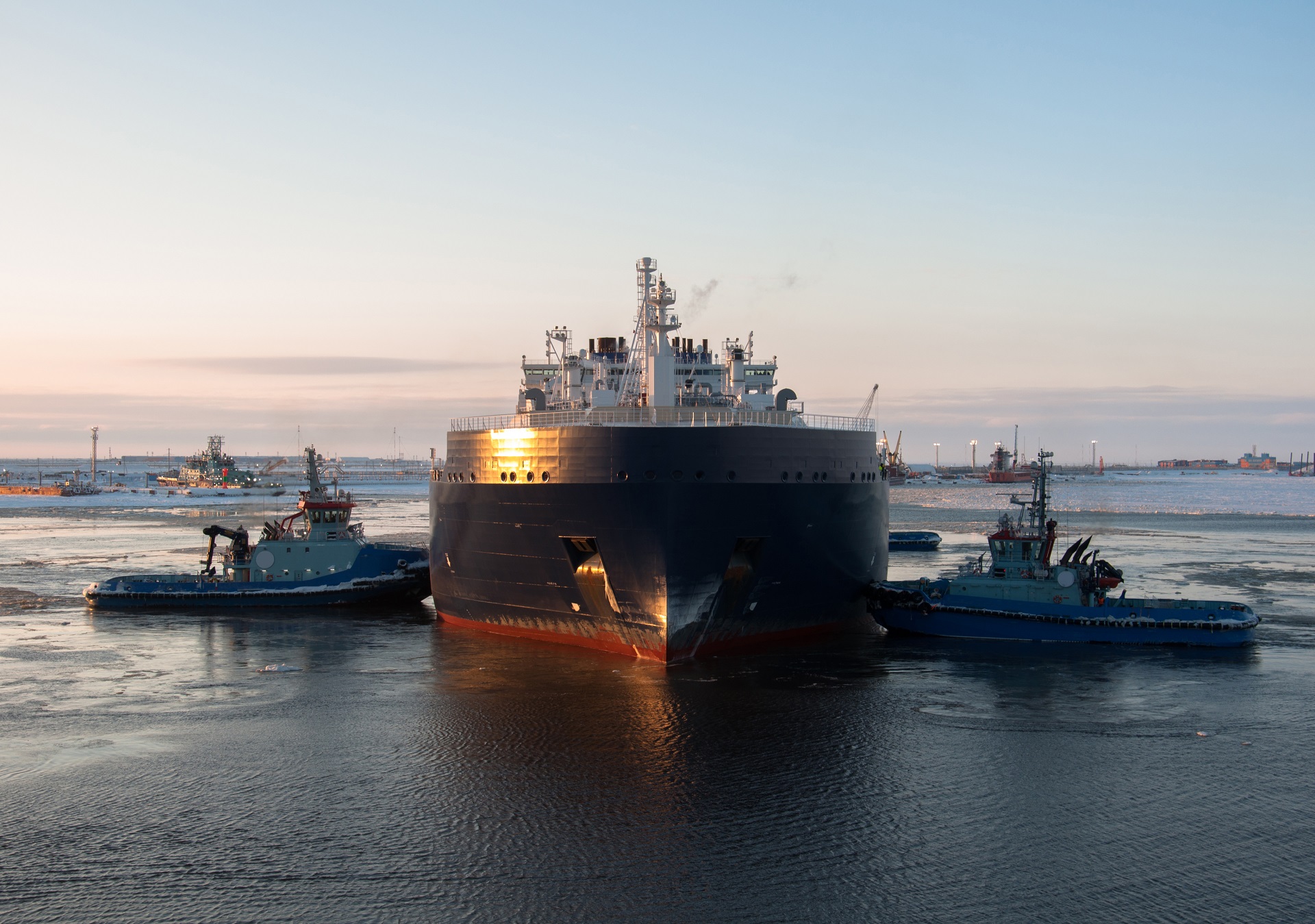 Many revolutionary solutions were used in the construction of tankers. Thus, a modern boiler plant uses thermal oil instead of traditional steam, which significantly increases the performance of heating systems. And this is especially important in the Arctic, with its severe frosts. Arctic tankers became the first large-capacity vessels with such an installation operating in the water area of ​​the Northern Sea Route.

Icebreaking gas carriers have no analogues in the world in terms of their characteristics. Vessels with a length of 300 m and a width of 50 m are capable of operating at temperatures down to -52 ° C and develop speeds of up to 19.5 knots in open water, and 5.5 knots in ice 1.5 meters thick. The bow is designed for movement in open water, and the stern, thanks to the DAT function, allows the vessel to navigate independently in difficult ice conditions. The maximum ice thickness through which the gas carriers are able to pass is 2.1 m. Such a passability is provided by the high power of the propulsion unit - 45 MW. This is one and a half times more than that of the world's first nuclear-powered icebreaker "Lenin" with a capacity of 32.4 MW. 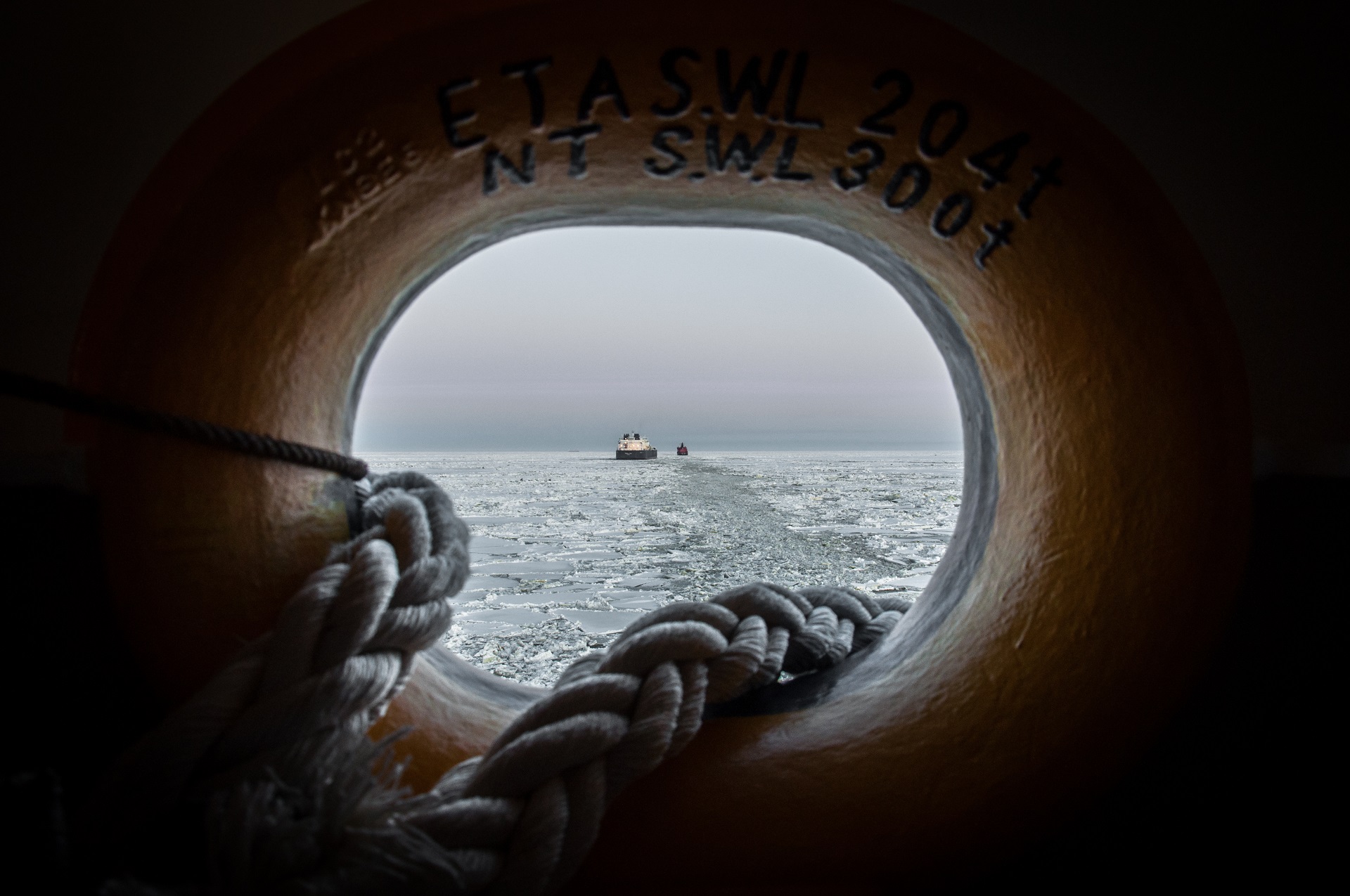 Soon the icebreaking tanker fleet of Russia will be supplemented by unique large-capacity tankers using liquefied gas as the main one. These oil tankers are of the Aframax size, one of the most demanded in global energy transportation. In September 2020, sea trials of the Vladimir Monomakh tanker, the first in a series of Russian Aframax, have already begun at the Zvezda shipyard in Primorye. In total, it is planned to build 12 "green" tankers for the transport of crude oil, which will meet even higher environmental standards.