Head of Yakutia: Arctic development has become a national priority for the Russian Federation

Aysen Nikolaev, Head of the Republic of Sakha (Yakutia), told Arctic Russia about the development vision for Russia's largest arctic region, the investment projects in the pipeline, the republic's capacity-building in shipping logistics, how digitisation will transform the Arctic, and why permafrost is important for the entire planet.

Yakutia occupies enormous territory, and much of it lies north of the Arctic Circle. Arctic Yakutia covers an area of 1,600 thousand square kilometres. That's two and a half times the size of France. This vast, sparsely populated land is crucial to the Russian Federation. However, despite its potential natural wealth, unfortunately, it was neglected for several decades following the collapse of the Soviet Union. Arctic Yakutia has lost nearly half of its population already in the 21st century to date. Its current population is 68,000.

Yakutia's Arctic policy follows the guidelines set by the President of Russia Vladimir Putin. The target is to bring the living standards in the Arctic to a Russian average level across the key indicators.

However, nothing short of a breakthrough — or, perhaps, several breakthroughs — is required to jump-start development across such a vast territory and put it on a sustainable growth trajectory with an even better growth dynamic than the rest of Russia's. That is the place we were coming from when we adopted our current development vision for Arctic Yakutia. 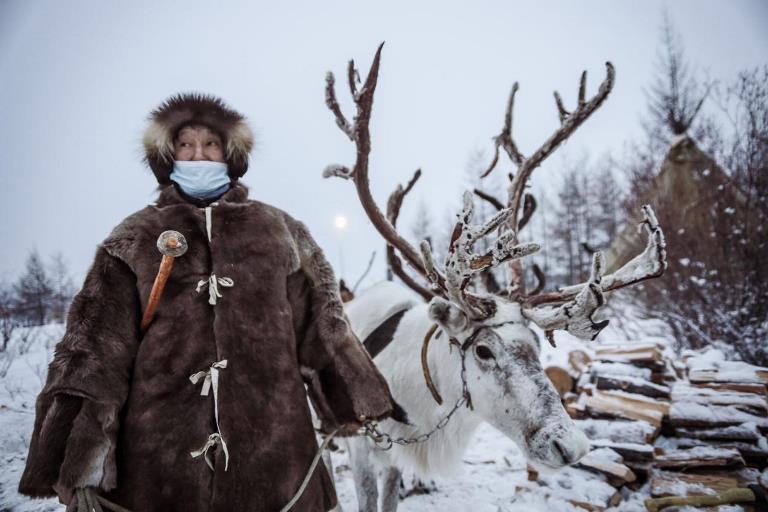 Development of the Arctic has become a national priority for the Russian Federation. I am positive that, if we work together towards the common goal, the Arctic is bound to one day emerge as a highly progressive, fast-growing region in both economic and social terms.

The Arctic Zone welcomes its first residents. How does Yakutia plan to lure businesses into its Arctic climes?

The Federal Law on Government Support for Enterprise in the Arctic Zone of the Russian Federation, which offers a package of incentives for investors bringing new projects into the Arctic, practically turns the entire Russian Arctic into the world's biggest exclusive economic development zone. Coupled with minimal investment requirements, the unprecedented investor incentives are practically guaranteed to bring all kinds of enterprise projects to the Arctic. Yakutia welcomes investors. We work with them on a case-by-case basis, carefully reviewing every project.

Your own web portal Arctic Russia already has 26 registered bids in the 'investors' section from companies with projects in the works for the Arctic part of the Republic of Sakha (Yakutia).

We have accepted the proposition of JSC Yanolovo to conclude an investment agreement for their business project in the Arctic Zone. The investment project is about tin mining at the placer deposit of Ruchei Tirekhtyakh in the Ust-Yansky Rayon of the Sakha Republic, which has a potential annual output capacity of 600 tonnes of tin.

Читайте также Golden horn: how reindeer herders make their living Why raising reindeer is so much more profitable than raising cows or pigs