Arctic Forests: Flora from the Times of Mammoth Fauna

The trees beyond the Polar Circle cannot boast extraordinary height or thickness, but they are true champions in the art of survival

The Arctic could not be called a garden of paradise, and that's not just because of the extremely low temperatures and strong winds. There is very little sunlight in the northern latitudes and during the polar nights, plants have to make do without any light at all. That's why very few can survive up in the north, and those that have are part of the abundance of rare and endemic species that make Arctic flora so unique.

The long winters of biting cold and raging storms, followed by short and cool summers, have left a mark on plant life in the Arctic. The expanse of the tundra stretches out beyond the Polar Circle and the diversity of plant life in the region dwindles with every increasing degree of northern latitude. Venturing 700 km north across the Taymyr Peninsula, the number of plant species reduces by 4 times as the landscape eventually transforms into a lifeless icy desert along the coast of the Arctic Ocean.

Trees can't survive in the Arctic desert, and even bushes struggle to grasp the thin layer of soil above the permafrost. Plants in the region are viny and huddle close to the ground to protect their delicate branches from the harsh snow and wind. Real trees begin to grow where tundra and taiga meet in the tundra forest biome. The biome extends along the Arctic Circle in a thin, narrow strip between 20 to 250 km wide. 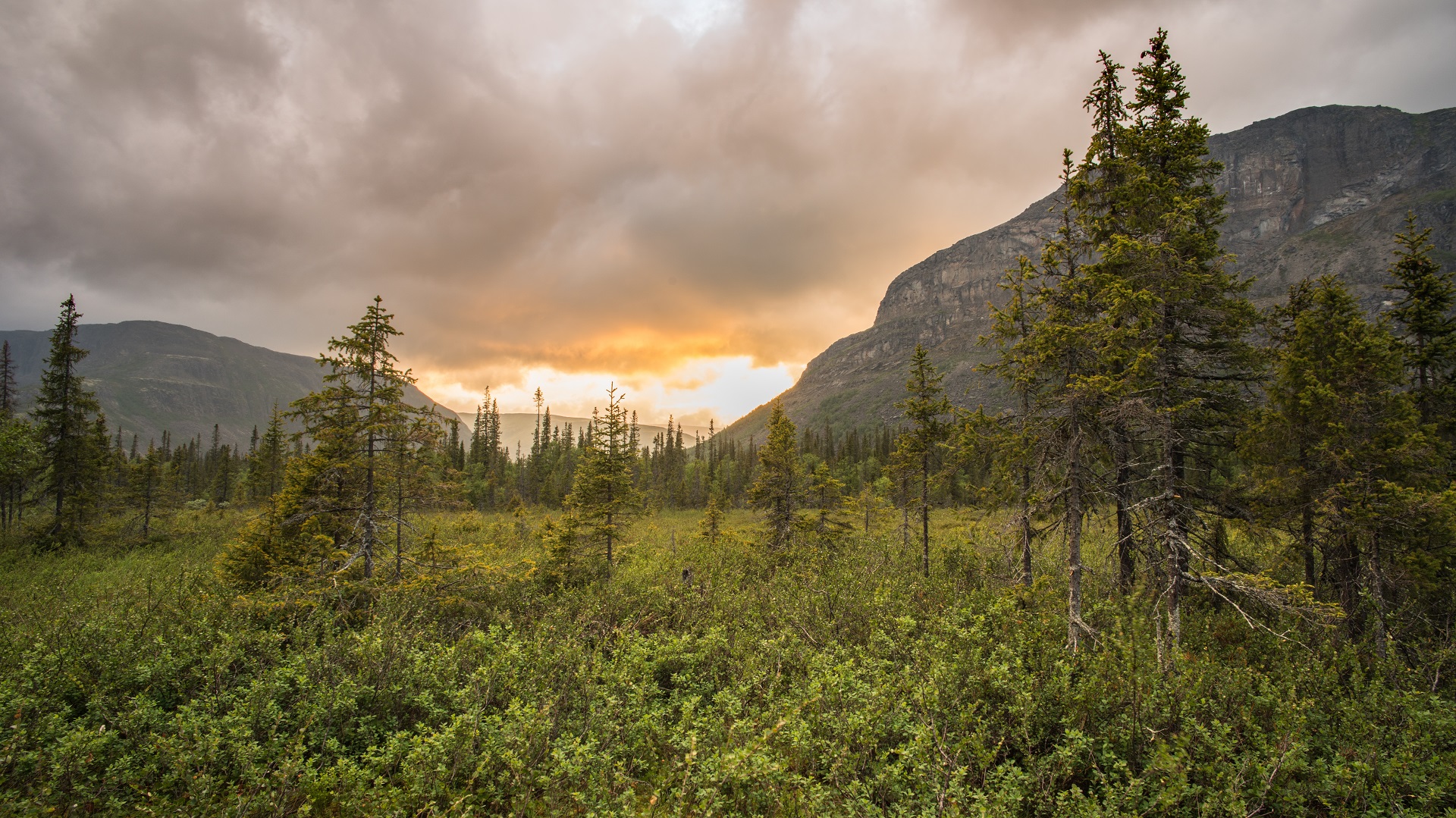 These are not the kinds of forests we are used to. The trees are sparsely scattered to allow wind to blow freely between the trunks and for the root systems to extend widely near the surface instead of tunnelling deep into the ground. Only the most resilient trees can survive in the Arctic, such as Siberian birches, black birches, larches, and fir trees. The trees that grow in the tundra forest are already quite short compared to the ones in taiga and the wind batters them down even further. The lower tier of the northern forest is occupied by polar willow, dwarf birch, and wild rosemary. Still quite small, they are often completely submerged in thick layers of moss and lichen.

In the winter, the tundra forest provides salvation for the northern reindeer. They walk hundreds of kilometres from the tundra to the forests to seek at least some protection from the severe Polar winds. The snow under the trees is also much less dense, making it easier for the reindeer to scavenge for moss, their favourite snack. 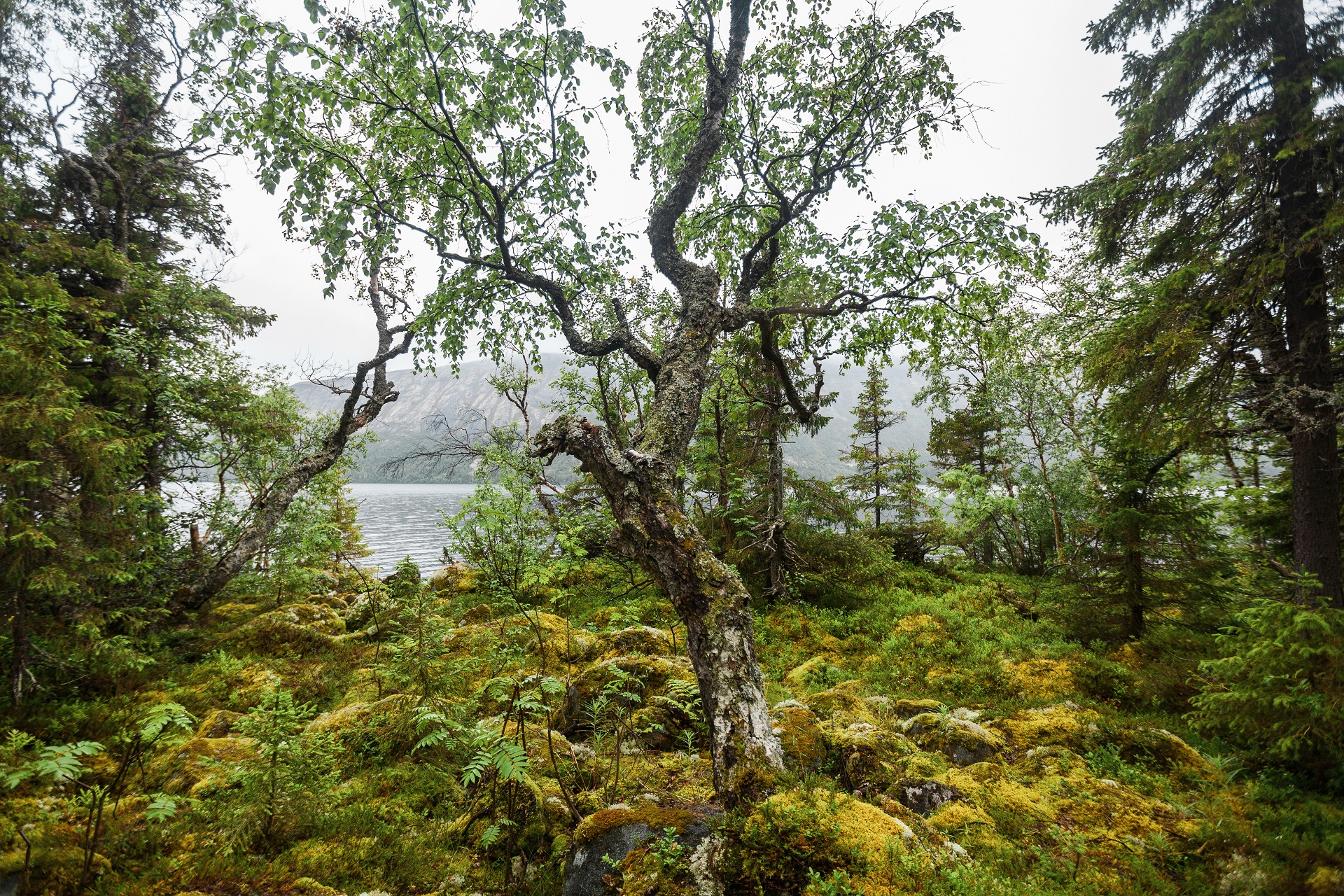 Precipitation in the tundra forest falls faster than it can evaporate, creating one of the most water-logged biomes on the planet. Up to 70% of the area is covered with lakes and marshes. In the summer, these areas transform into nurseries for huge flocks of ducks, geese, and sandpipers. And when the landscape becomes covered in a carpet of berries and mushrooms, even the brown bears from taiga come to feast on them. Despite its seemingly desolate appearance, the Arctic forest is actually bursting with life all year round.

The planet's northernmost forests are situated in the Arctic Zone of Russia. Two of them are located in the Lukunskoe and Ary-Mas natural boundaries on the Taymyr Peninsula. The thicket of the black birch amid the vastness of the tundra looks almost like a date grove in the middle of an enormous steppe. Perhaps, this is why the name Ary-Mas in the native Dolgan language means 'a forest island'. In a way, the forest is its own kind of island; the nearest tundra forest begins dozens of km to the south and not a single tree can be found farther north. 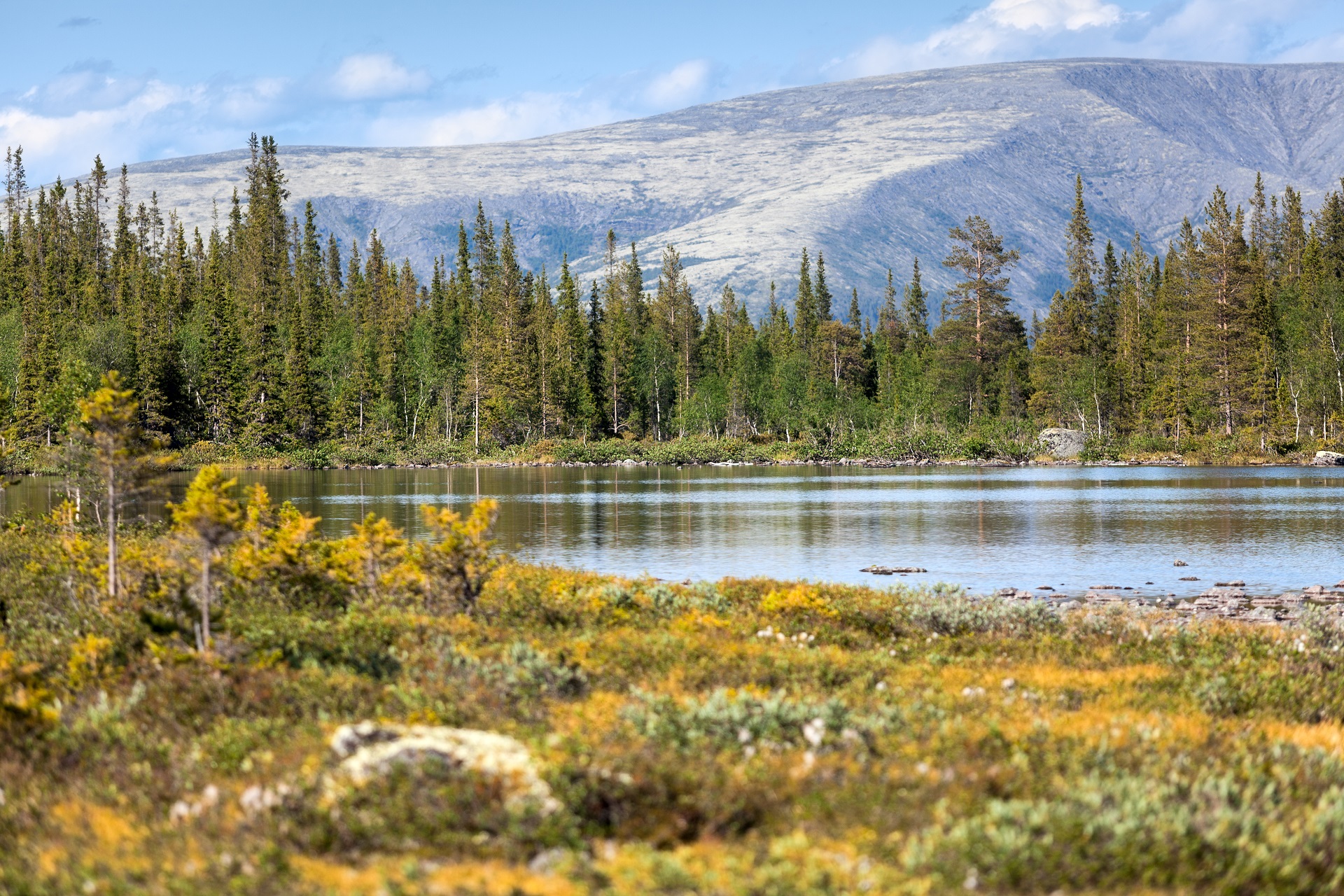