Every spring in Russia, almost 30,000 km of roads vanish without a trace

But don't worry—they will resurface once the ground freezes again. These are "zimniks" or temporary winter roads laid in the areas of Russian Far North. For many northerners, these are the only threads connecting them with the "Mainland" 5–6 months a year.

The importance of winter roads for the regions of the Russian Far North can hardly be overestimated. For example, the only land route connecting the Nenets Autonomous Okrug with the rest of Russia is the winter road from Naryan-Mar to Usinsk. And the winter road "Arctica" is the only one that can be used to drive a car to Chukotka. This 1,600 km route begins from the Kolyma federal highway and leads to the settlement of Cherskiy near the administrative border of Chukotka. 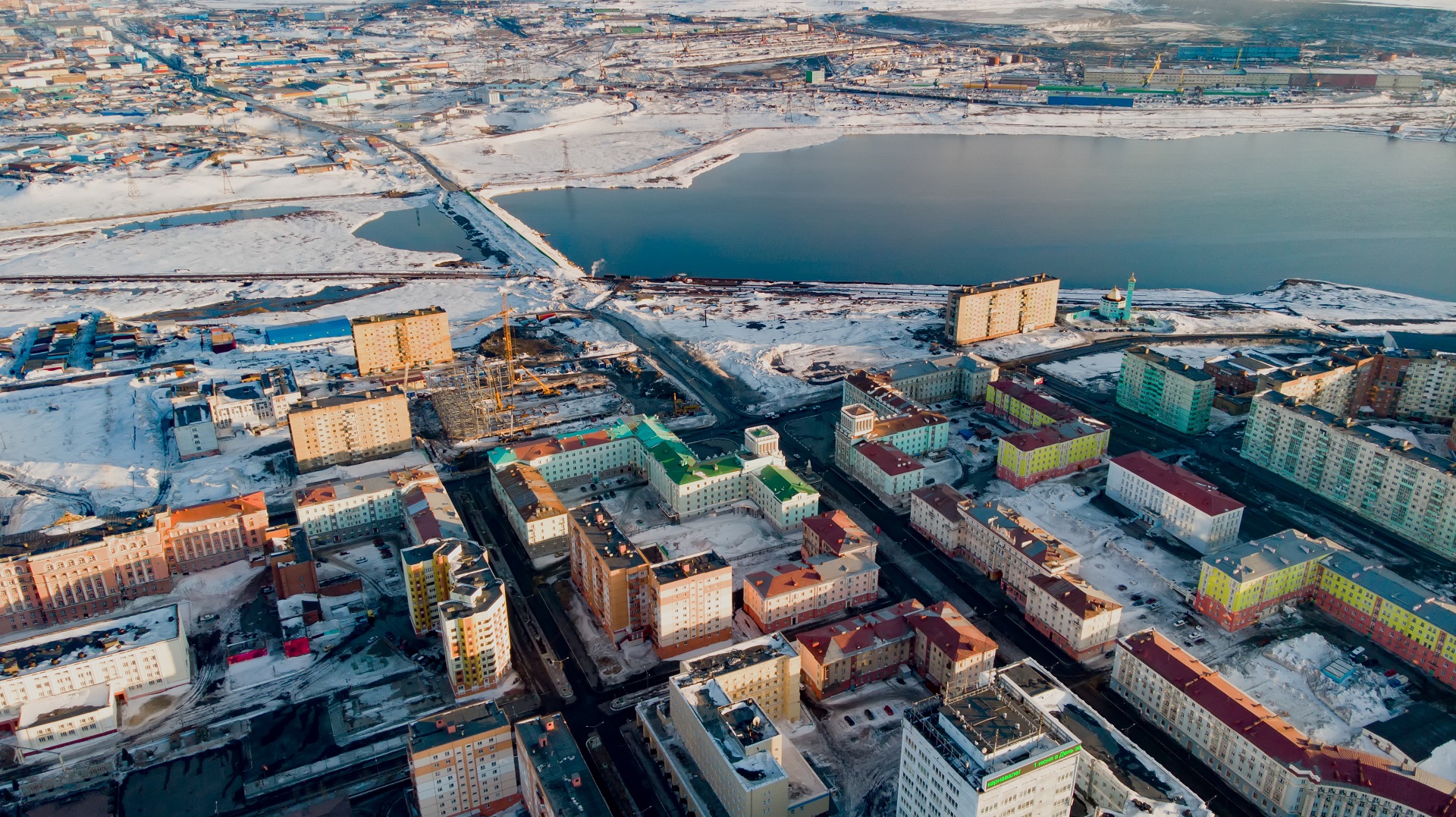 To ensure the delivery of food, fuel, building materials, and other vital goods to the Russian Far North, road engineers and workers face very complex challenges every year. First, they need to study the area through which the winter road will pass and identify the best route. Nonfreezing rivers and lakes, ice holes and gullies, peat bogs and tundra that are too swampy must be bypassed. Then, the area of the future route is cleared of stumps, dry trees, driftwood, and the ground is leveled. All this has to be done before heavy snowfalls and frosts begin. The construction of the winter road can start as soon as the air temperature stabilizes at a subzero level.

To lay a road, a layer of snow, which must exceed 10 cm, is first leveled and then compacted with graders. This involves the use of special graders and rollers designed to operate at extreme Arctic temperatures. Then, the track is flooded with water to get an even and smooth road surface.

Rubble is poured on the slopes to prevent tires from slipping. If the winter road has to last as long as possible, the layers of snow and ice are covered with moss or sawdust. Penoplex can be laid to provide additional thermal insulation.

When there is a water barrier in the way, a different technique is used for laying winter roads. First, the road builders wait until the water is covered with a layer of ice thick enough to support heavy vehicles. If the winter is too warm, or the route has to be opened for traffic as early as possible, the required ice thickness is achieved by laying pieces of timber, one on top of the other, and freezing them with a layer of ice. This method can be used to build roads even on the ice of the Arctic seas. The world's longest winter road on sea ice is located in Russia. It is 120 km long over the East Siberian Sea and connects the city of Pevek and the village of Ayon in Chukotka. 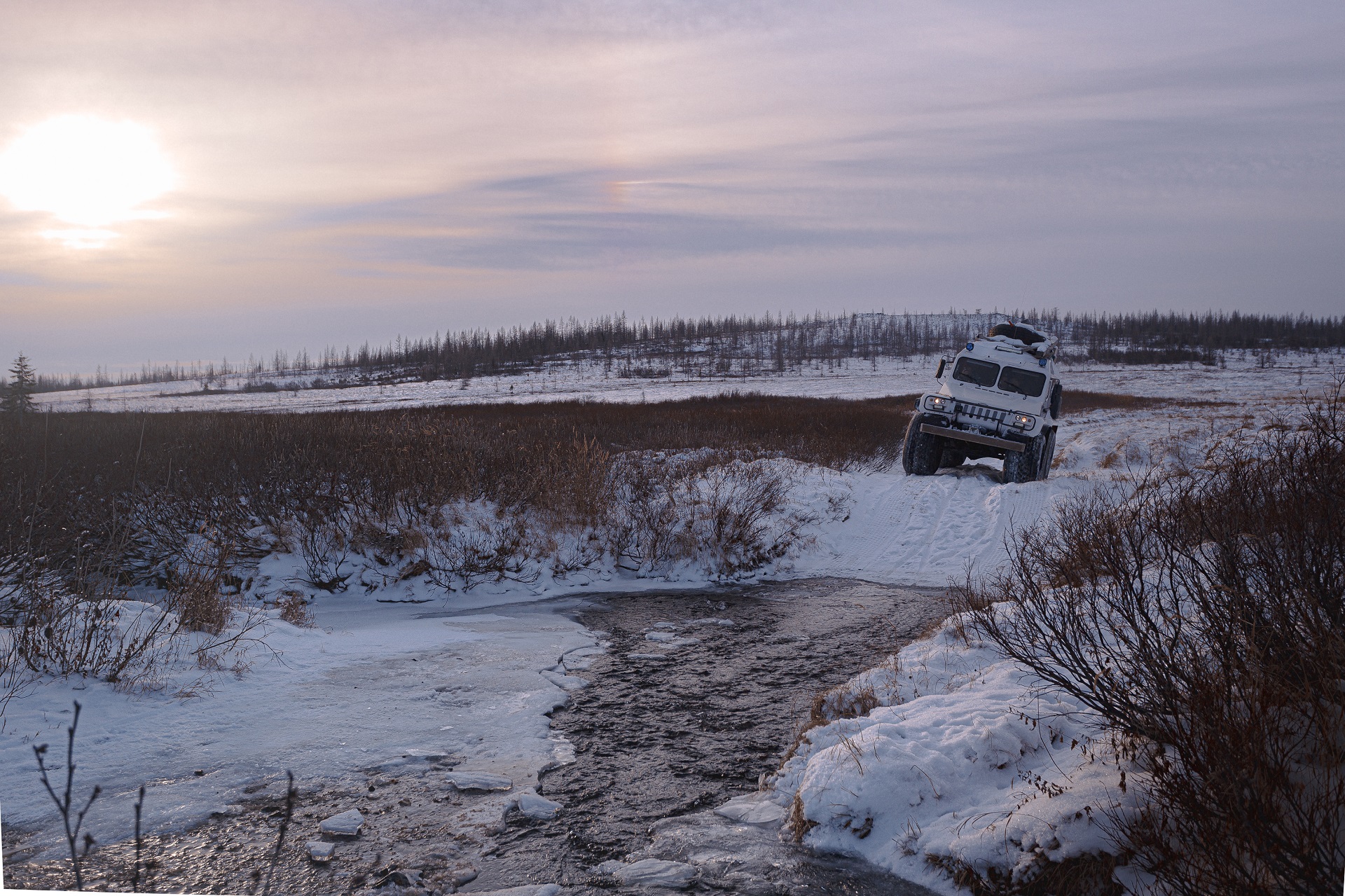 The final stage involves the installation of road signs to help drivers navigate even in a blizzard or during the Polar Night, conditions of almost zero visibility. For this, markers with reflective tape are installed along the winter roads, every 50–100 m on straight sections, every 20 m on winding ones. The ice crossings have signs indicating how many cars can be on the ice at the same time, what distance they must maintain, and the hours of the safest passage.

But building a winter road is only half of the story. It is much more difficult to maintain its smooth operation. Even the most ordinary snowfall can hide the path from drivers by covering it with a layer of snow. But the very first blizzard can cover the road with so much snow that it cannot be distinguished from the surrounding fields. Moreover, heavy-duty vehicles quickly turn the smooth road surface of snow and ice into a succession of potholes. As a result, winter roads have to be continuously cleaned, leveled, and compacted over and over again. Potholes must also be repaired, they must all be covered with snow and carefully compacted by sprinkling them with water. 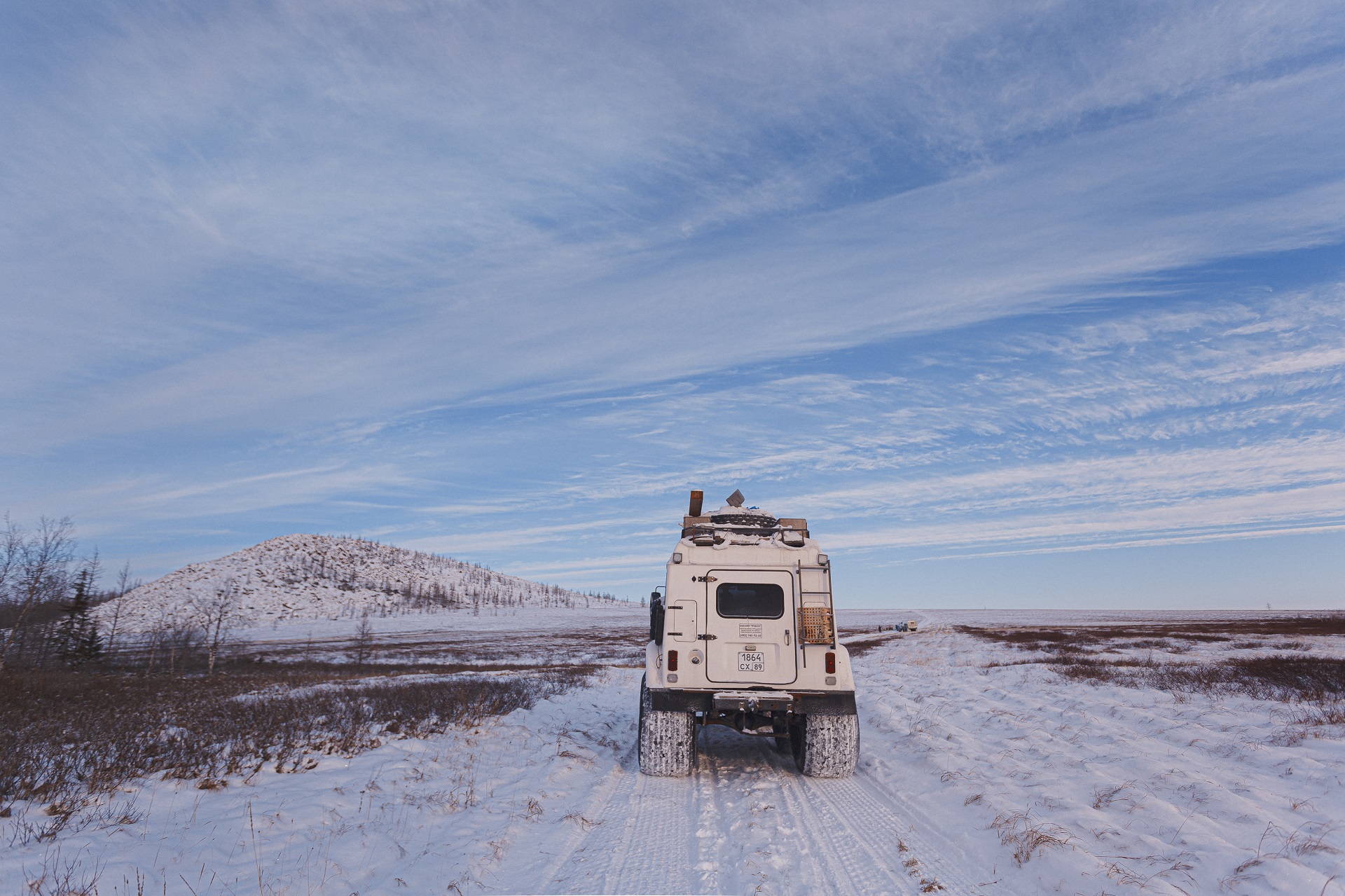 Any vehicle breakdown on the northern routes can be fatal for the driver and passengers, as they may freeze before any help can reach them. To prevent this, the new regulations for the construction of winter roads require, among other things, establishing sites along the routes where people can warm up and report an emergency.