Yakutia: A Journey into the Cold

Who gives the symbol of cold to Father Christmas, how to hear the 'whisper of the stars' and where to find the phoenix of the North

The Republic of Sakha (Yakutia) is the largest region of Russia, taking up a fifth of the area of the entire country. Yakutia is so large that it is located in several time zones at once: if you go from west to east, you will have to move the clock forward three times. But this entire vast territory is home to less than a million people: there are three square kilometres for each inhabitant. The reason is simple: an extreme climate, too harsh even by Arctic standards.

The seasonal temperature drop in Yakutia can reach 100 degrees Celsius. At the height of summer, it can get as hot as +40°C while in the middle of winter the temperature can drop as low as –60°C. The difference between daytime and night-time temperatures often reaches 30 degrees Celsius. The test of the Yakut frosts can be withstood only for the incredible riches of this harsh land. And this is not only the legendary Yakut diamonds and rich gold deposits. Not less than in minerals, Yakutia is rich in unique natural landmarks. 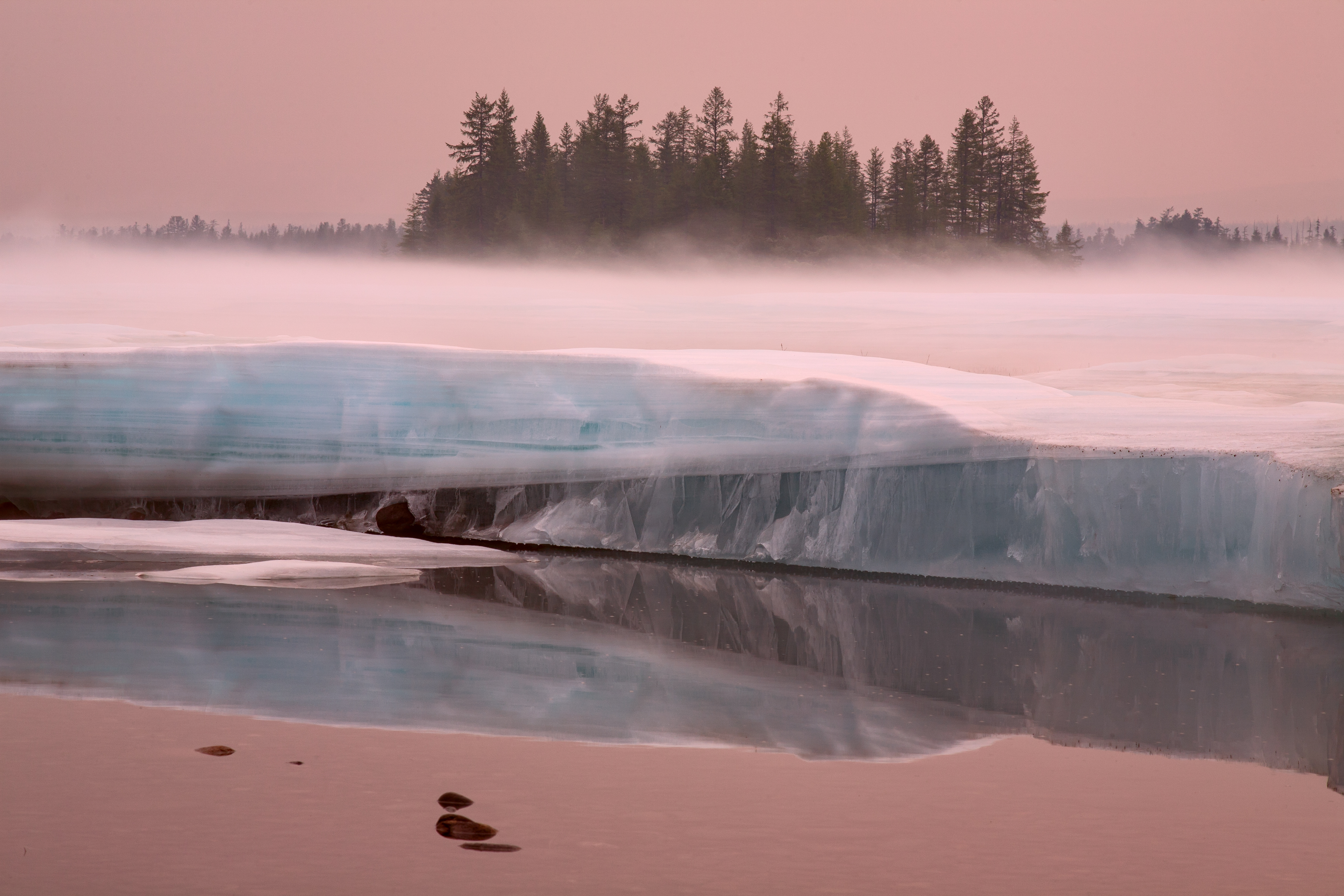 The town of Verkhoyansk and two villages in the Oymyakon Depression, Oymyakon and Tomtor, have been arguing for the title of the Northern Pole of Cold for the second century in a row. There is no announced winner in this competition, the discussion continues. One thing is clear: these are the coldest places in the northern hemisphere inhabited by people. The lowest ever temperature of –77.8 degrees Celsius was recorded here.

When the mercury drops below –50°C—which happens regularly in this part of Yakutia—you can hear your own breathing. The sound of a freezing exhalation even received a special name: it is called the "whisper of the stars".

According to Yakut legends, it is at the Pole of Cold that Chyskhaan lives—the Lord of Cold and the keeper of the permafrost, who creates winter with his icy breath. He wears a blue aurora borealis patterned fur coat and a high-horned fur hat.

From Oymyakon, by Yakut standards, it is "a stone's throw" to the Moma Natural Park—only some 750 km. For the largest subnational entity in the world, surpassing India in size, this is considered very close. The Park comprises several mountain ranges covered with age-old ice: glaciers occupy almost 100 thousand square kilometres of the protected area.

The highest peak of the Park is Mount Pobeda, the highest point of the entire north-east of Siberia, rising 3,003 m above sea level. It is an ancient stratovolcano that last erupted a thousand years before our era. Only the most reckless climbers dare to climb this mountain, as its slopes feature routes that reach the complexity category of 5A. 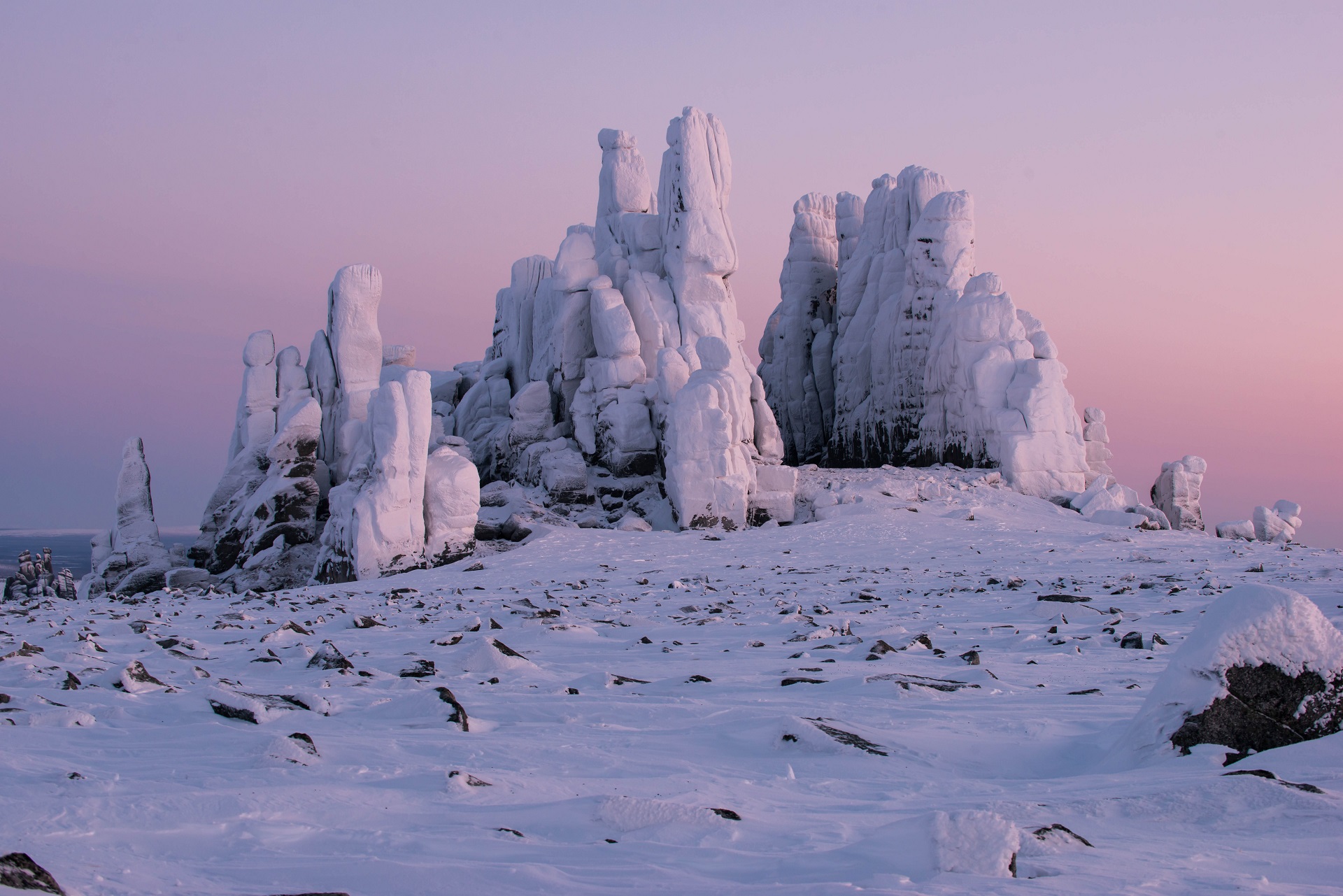 In the very north of Yakutia, in the Lena River delta, is where one of the largest nature reserves in all of Russia is located—the Ust-Lensky (or Lena Delta) Nature Reserve. The main attraction of this protected land is its uniquely rich fauna.

The most coveted prey of birdwatchers is Ross's gull, a legendary bird. The Reserve has even developed a special route "The Pink Gull", which leads to the rookery on the island of Syttaakh-Belkee in the eastern part of the Lena delta. 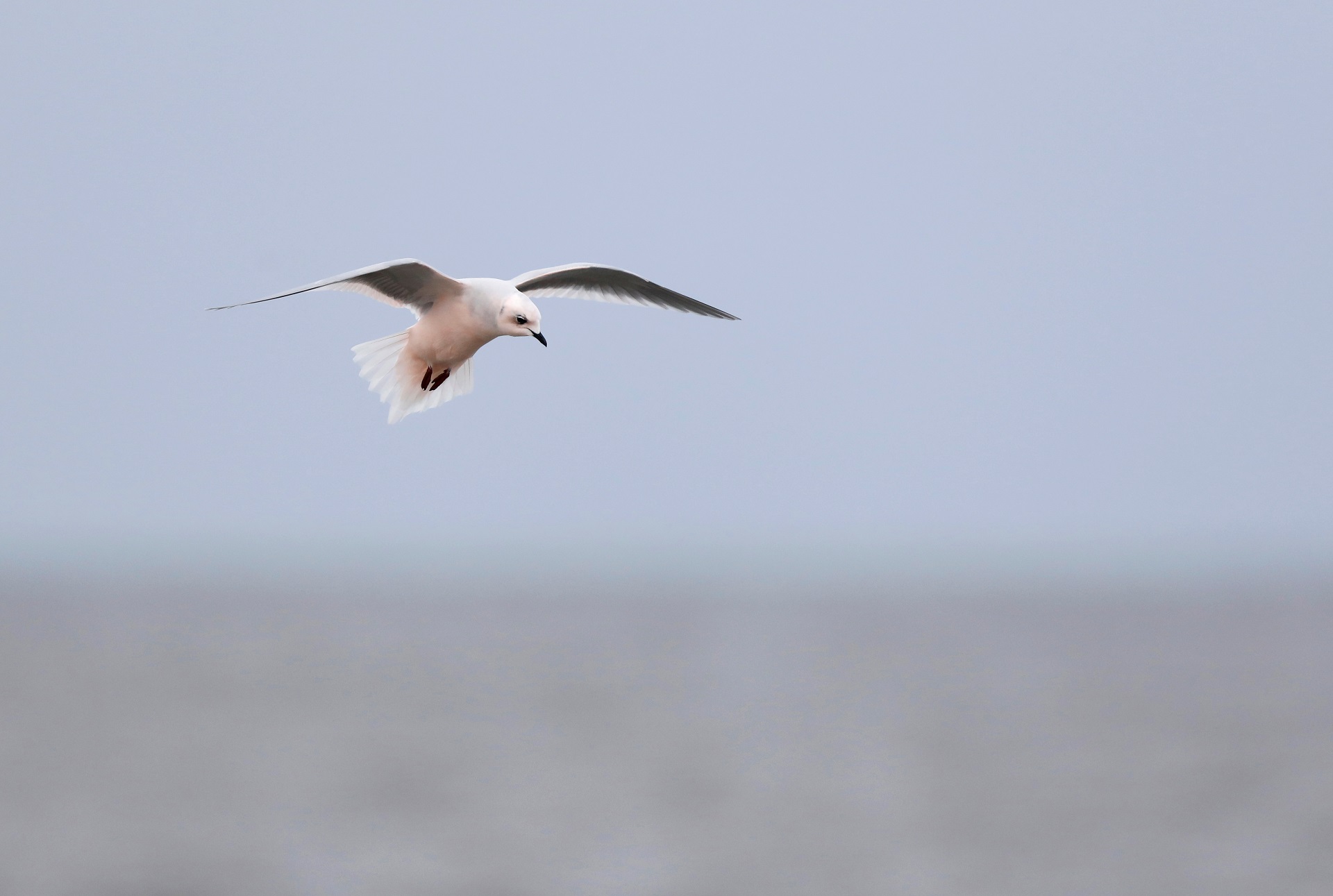 For a long time, no one believed in the existence of pink-chested Ross's gulls. They were first reported in 1823 by the English polar explorer Sir James Clark Ross. Since then, more than one generation of polar explorers have dreamed of seeing this living miracle. Few were lucky: in 1879, pink-chested gulls were seen by the American navigator George De Long, in 1894 by the Norwegian Fridtjof Nansen. And in the mid-20th century, their nests were found in the Lena delta. Today, Ross's gulls are the main symbol of the Ust-Lensky Nature Reserve.

The colour of the plumage of these birds cannot be conveyed neither by paint nor by the camera. This is such a delicate shade of pink that it is hard to believe that it can exist in reality, and not in a fairy tale. No wonder the pink-chested gulls were nicknamed the Firebirds of the North. Seeing them with your own eyes is a unique opportunity.

Читайте также Taymyr: The Peninsula of the Northern Winds Why is the north of the Krasnoyarsk Territory so different from the other Arctic regions of Russia?