Komi: The Seventh Wonder of Russia in the Middle of the Ancient Taiga

Who protects the 'lungs of Europe'?

The nature of the Komi Republic is so unique that more than two hundred nature reserves and protected areas have been created here. Two of them, the Yugyd Va National Park and the Pechora-Ilych Nature Reserve, are protected by UNESCO. Bizarre mountain peaks, ancient glaciers, rumbling waterfalls, rapid rivers flowing through narrow stone canyons—the gallery of natural wonders of Komi has thousands of large and small masterpieces. One of them has already received national recognition: the weathering pillars on the Manpupuner plateau were included in the list of the Seven Wonders of Russia, having collected more than one and a half million votes.

The pride of Komi is the Yugyd Va National Park, which is the largest among the parks in Russia with an area of over 2 mn hectares. It was created in 1994 on the largest territory in Europe with undisturbed forests. The northern taiga here is exactly the same as before the arrival of man, and it is rightfully called "the lungs of all Europe". It is so important to preserve the virgin forests of Komi that they were the first of all natural landmarks in Russia to be included in the UNESCO World Heritage List. 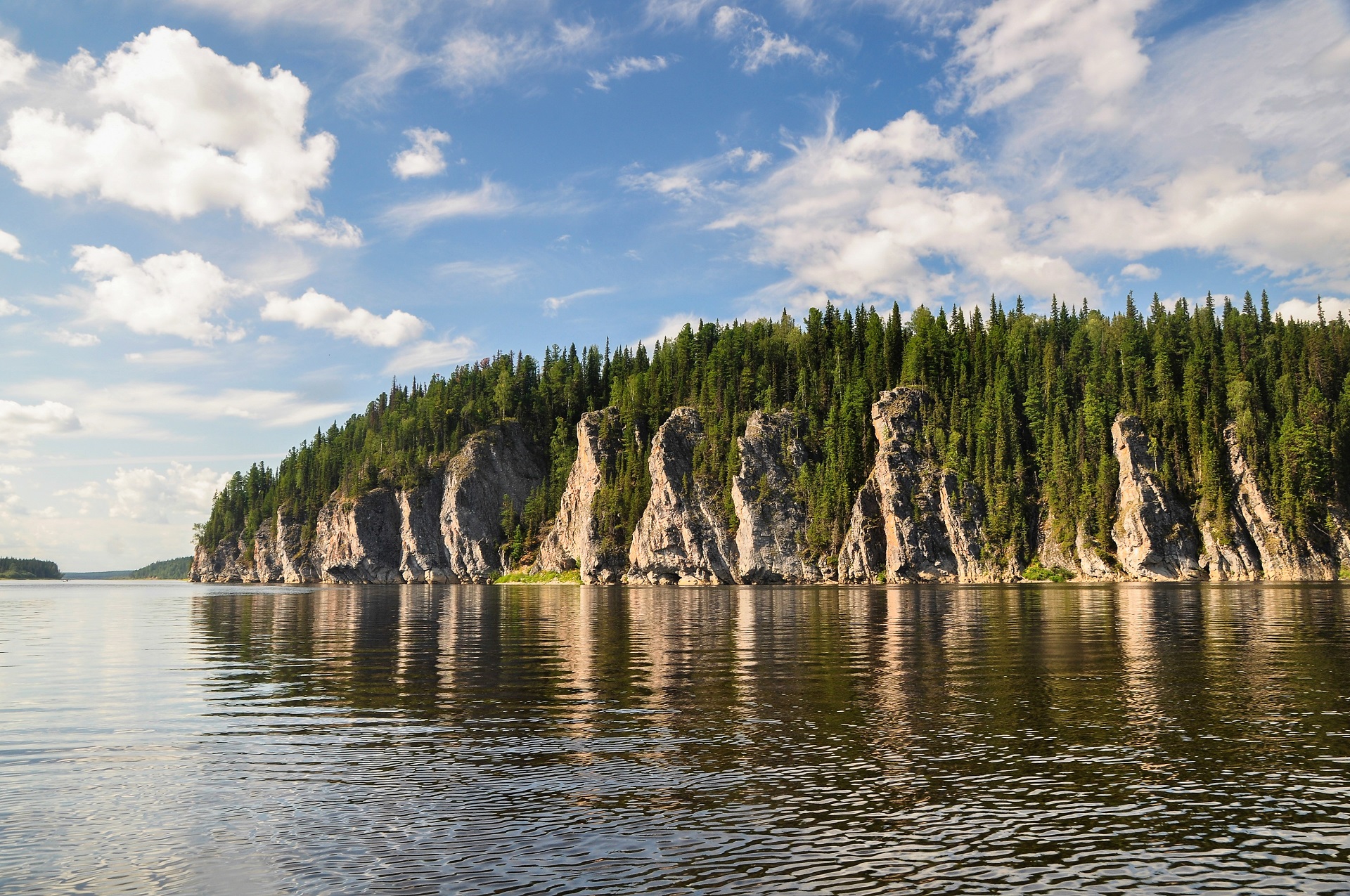 Beautiful landscapes are the hallmark of the Yugyd Va Park, as the highest part of the Ural Mountains is located in the protected area. Silhouettes of grim mountain ranges framed by virgin taiga make a mystical impression. It is for a good reason that the indigenous inhabitants of these places, Zyrians and Mansi, considered Mount Manaraga, the second highest after Mount Narodnaya, to be sacred. The highest point of the entire Urals rises 1,895 m above sea level. Mount Manaraga is two hundred metres lower than its neighbour but surpasses it in beauty. Its jagged silhouette cannot be confused with any other: the top of the mountain looks like a huge clawed paw, and its name is translated as "Bear's paw".

The name of the Park, "Yugyd Va", is translated from the Komi language as "Pure water", and it adequately describes all the protected water bodies. The Park has over 800 lakes with crystal clear water, and more than 50 relic glaciers feed mountain rivers: you can drink water by scooping up with your hands. 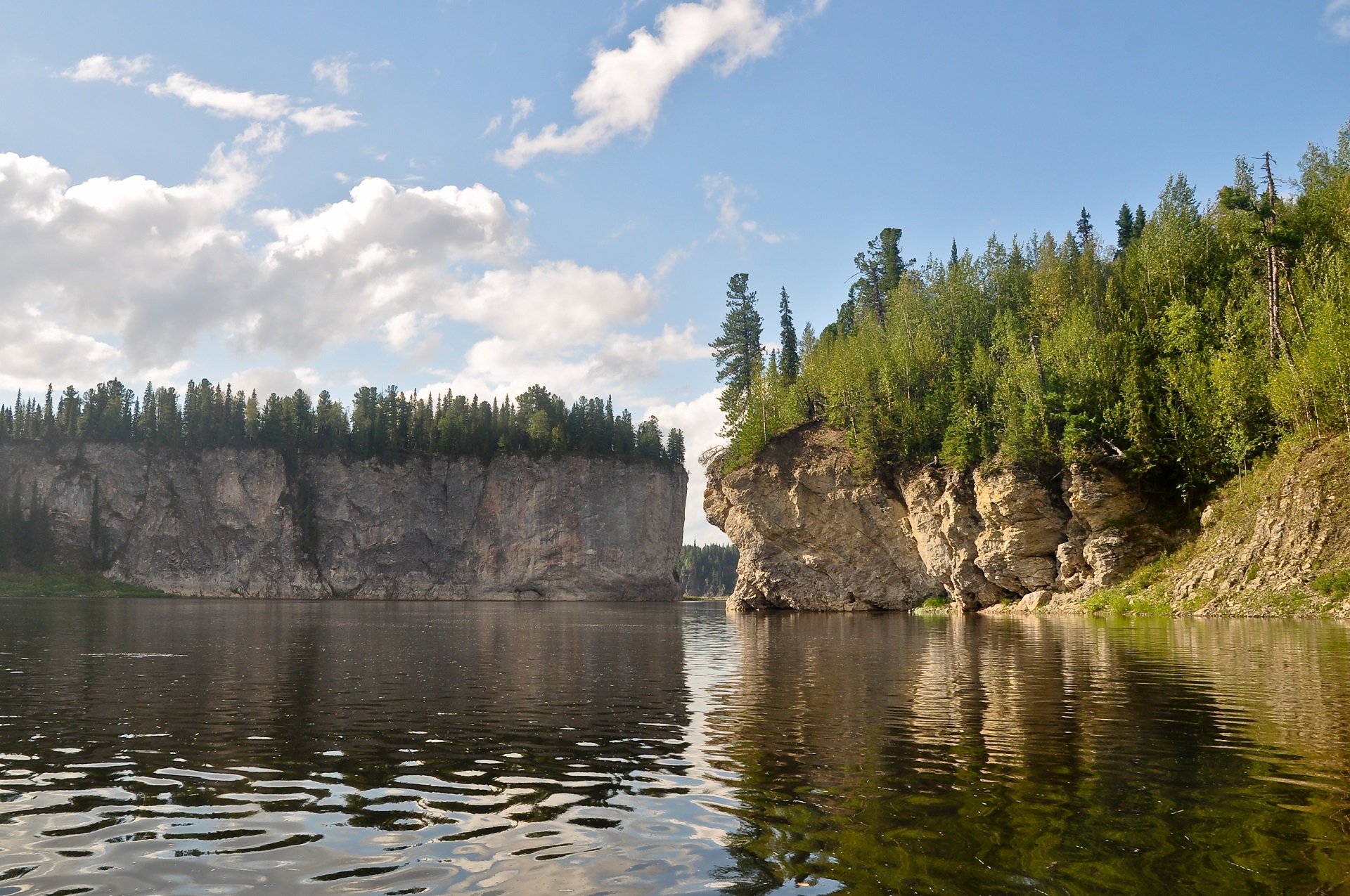 The deep river Kara makes its way through the mountains of the Polar Urals, cutting deep canyons in the rocks and forming many picturesque waterfalls, topped by Buredan—one of the largest waterfalls in the European part of Russia. As you enter the sheer-walled canyon, you see a stream of water descending from a ten-metre height in three huge cascades. Getting to Buredan is not easy, but it takes more to get to the Manpupuner plateau, where there is not a single settlement for a hundred kilometres around. However, every year there are more and more people who wish to visit this wild land. After all, this is the location of one of the seven wonders of Russia—bizarre stone pillars from 30 to 42 metres high. 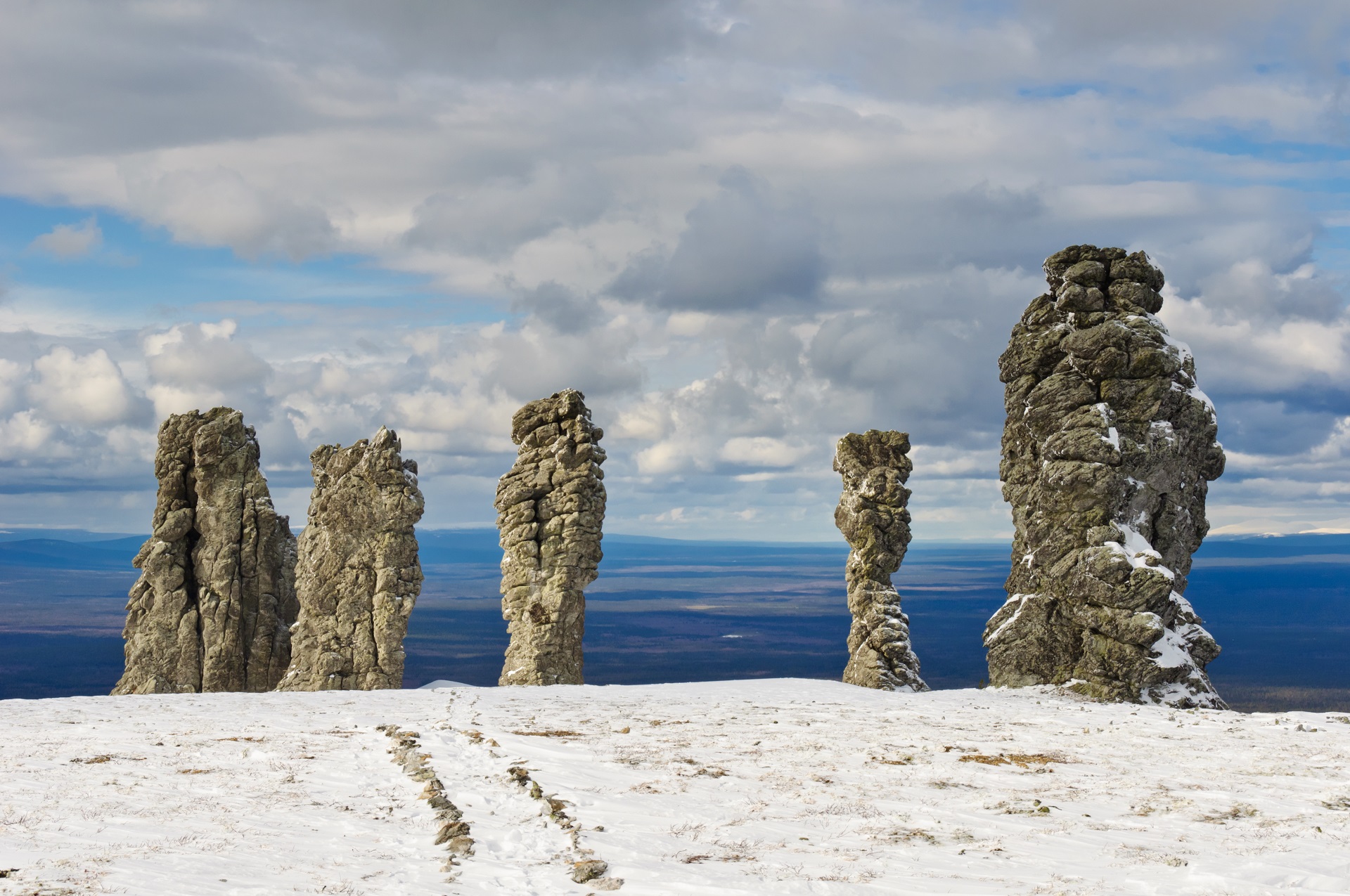 If you take a good look at the stone giants, you can see the silhouettes of people. Of course, this is just a legend. The giant figures were not created by spirits, but by water and wind. For hundreds of millions of years, the elements destroyed the mountains that used to be in this place.

Читайте также Yamal: A Jade Waterfall and Space-like Craters On the Yamal Peninsula, waterfalls tumble down rocks of real jade. At any moment, a huge 'black hole' may burst open in the middle of the tundra