On a visit to the Moon Calls Lapp Santa Claus

The Lapps are an ancient northern people living in the Arctic territories of four countries: Norway, Sweden, Finland and Russia.

This region is the country of Lapland. The capital of Lapland is the Finnish city of Rovaniemi, 940 km north of Helsinki.

Lapland has its own approved flag and national anthem ("song of the Lapps family" by Norwegian poet Isak Saba). Lapland is considered the official residence of Santa Claus, his village is located near Rovaniemi. However, the Lapps have their own forest wizard Ah mun Calls, appearance and character it is similar to the Russian Ded Moroz. At the National cultural center of the Lapps (the village of Lovozero) is arranged in the residence of the Moon Calls. Here the Lapland wizard congratulates children and adults. 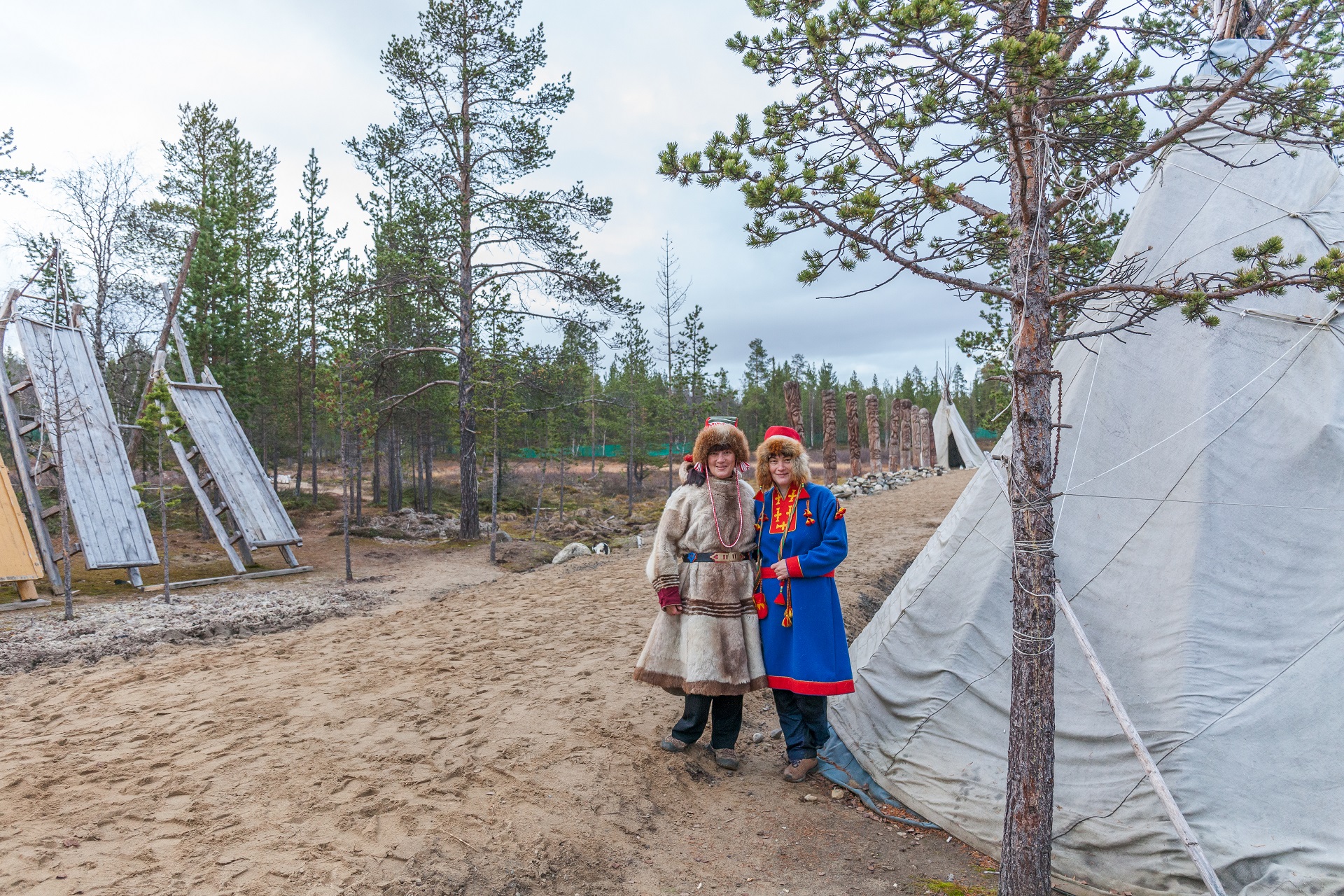 Traditionally, the Lapps led a semi-nomadic lifestyle, engaged in hunting, fishing, and later — reindeer herding, which is widely developed today. In winter, they lived in tupas (equipped structures made of logs), during nomadic life they put light dwellings made of deer skins, resembling the plague. The Lapps were good at weaving baskets that were so dense that they could hold water.

Like their ancestors, the Lapps ate deer meat, fish, and wild plants. They collected cloudberries, cranberries, and crow's-feet. From the trunks of birch trees, "chaga" (wood mushroom) was extracted, and a custard drink like tea was prepared from it.

In Europe, the number of Sami is about 60-80 thousand people, in Russia it is much less-about 2 thousand people. The Sami of the Kola Peninsula are a completely independent ethnographic group, the historical name is Lopari. The age of this ethnic group is more than 5000 years. Previously, they occupied almost the entire peninsula, but by the twenty-first century, the number was greatly reduced due to partial assimilation, disease, alcoholism and forced relocation. Russian Sami now live permanently on the territory of the Murmansk region in the villages of Lovozero, Revda, Krasnoshchelye, and the city of Murmansk. Lovozero is considered to be the center of the Sami people, but the traditional territories of residence are located to the north, on the eastern coast of the Barents Sea.

In the second half of the XX century, the Soviet government, in economic and political interests, closed many native Sami settlements (Kildin, Voronye, Varzino) and the population was artificially resettled in Lovozero, Murmansk, Apatity, Olenegorsk, Monchegorsk. In 1989, the Kola Sami Association was established to preserve the Sami culture. And in 1992, they joined the international organization "Union of Sami". Thus the Sami of all four states were united. The status of the Sami as an indigenous people is officially enshrined in the international "Sami Convention", which was signed by Norway, Sweden and Finland. Now in these countries, the rights of the Sami to land, water and natural resources are protected by an international treaty and a UN convention. The "Day of the Sami People" is celebrated worldwide on February 6. In Russia, the Sami do not have rights as an indigenous people. But in recent years, a number of regulations have been adopted, and the preferential right of the Sami has been fixed.

Читайте также On the Yamal Peninsula and in Yakutia: the Arctic where they live Santas